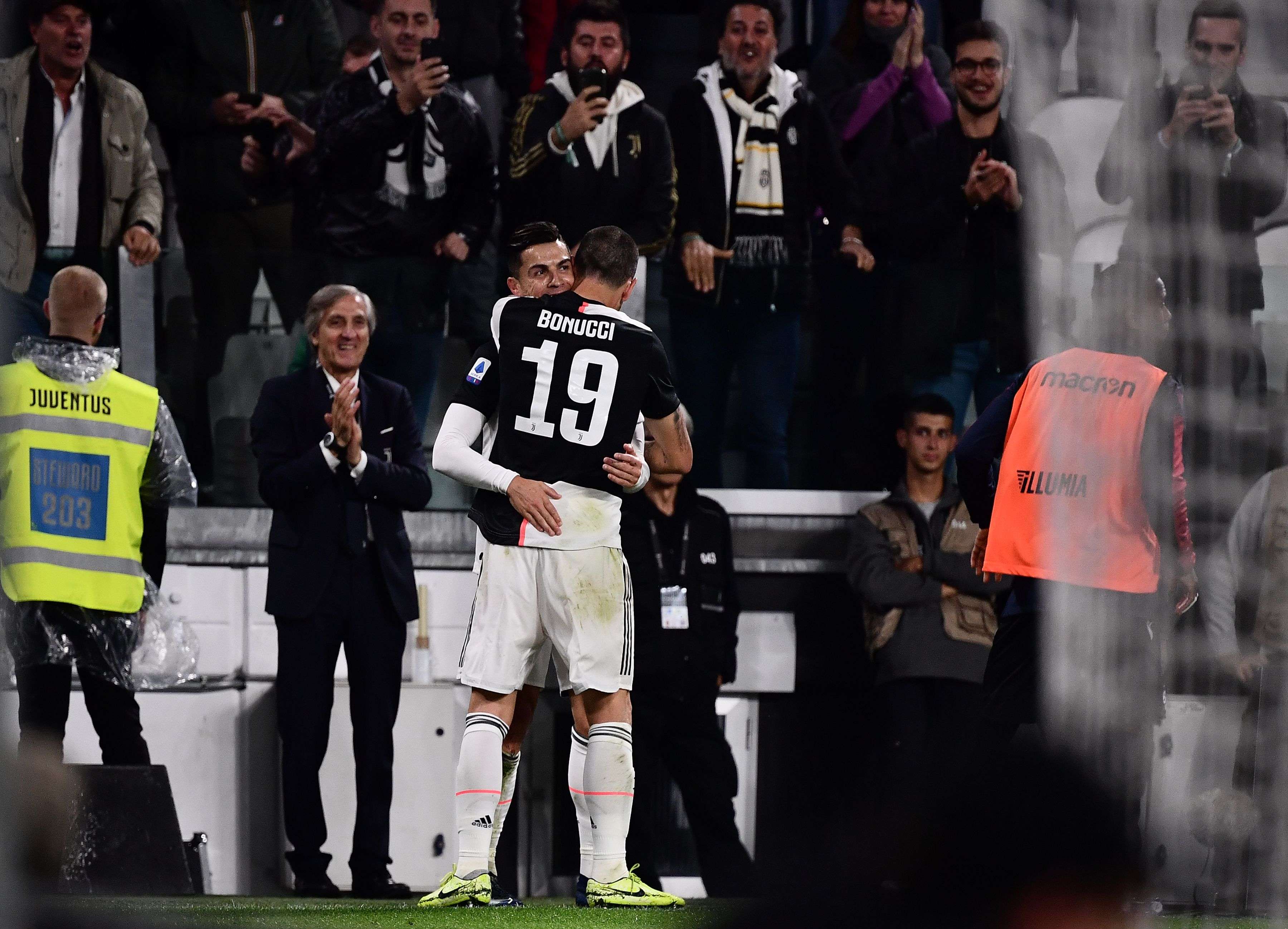 Speaking from Italy’s training camp, Leonardo Bonucci was inevitably asked about Cristiano Ronaldo’s recent form, Juventus insisting the striker was carrying a knee injury only for him to score a hat trick for Portugal on Thursday.

“I like to look forward and not back,” Bonucci told reporters. “There will be time to talk, now I want to think about the national team. He played with Portugal, meaning that he physically he’s better and mentally he’s great as ever.

“When we return to Turin, there will be a way to meet and talk. There are still many games where we’ll need the best Ronaldo. I’m convinced that his objective is to improve with respect to the past and help Juventus achieve all their objectives.”