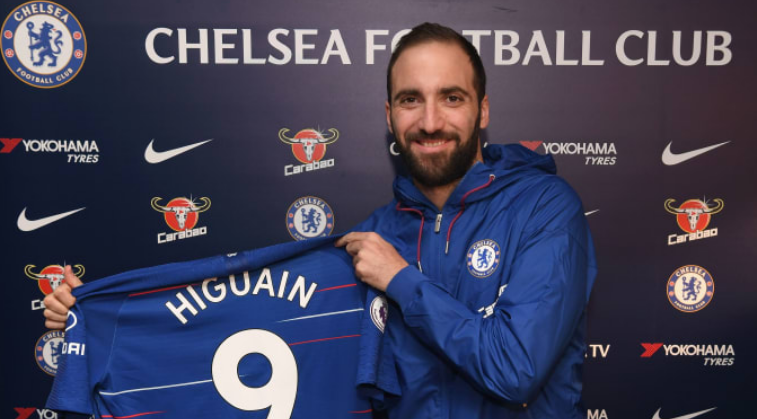 After only six months on loan at AC Milan, Gonzalo Higuain has officially joined Chelsea.

Still owned by Juventus, Pipita joins The Blues on a six-month loan. Juventus announce that the loan can be extended until June 2020 for a fee of €18 million while Chelsea will also retain an option to buy Higuain for €36 million payable in two years.

The 31-year-old played a total of 22 matches for Milan in all competitions, scoring eight goals and providing two assists.

Higuain reunites with Maurzio Sarri at Chelsea in the Premier League.

Juventus “do not need” more defenders despite Demiral injury