Siniša Mihajlović | His journey towards Internazionale 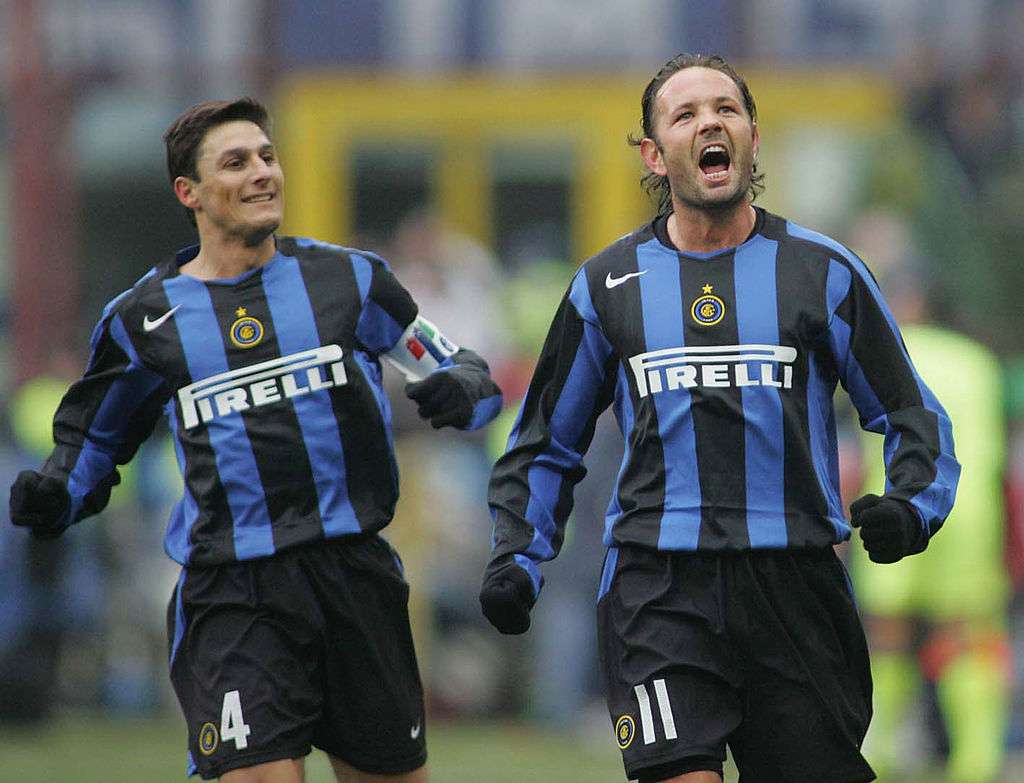 In the early 1990’s, there was a lack of stability in Yugoslavia. The country was going through war and so many families were lost or had to leave. During that time, Siniša Mihajlović was one of those unfortunate victims. Before his playing career started, the young Serbian lost his father during the war. The unfortunate situation has led him to be a stronger person and accomplish many achievements throughout his career.

Mihajlović developed himself as a talented young player at an early age. The Serbian’s career didn’t begin until arriving to Vojodina in 1988 at the age of 18 when he was acquired in the summer market transfer window. Upon arriving, he earned a spot quickly to play as a midfielder. From there he would play as a midfielder or left wing with Vojodina, Red Star Belgrade, Sampdoria, Lazio and Internazionale.

Playing for various teams allowed him to advance his career and learn new attributes along the way. When the young Serbian arrived to Red Star Belgrade, he got to play with his old coach from Vojodina, Ljupko Petrovic, who moved him from midfield to the left side. He went on to score set piece goals and developed his left foot shot which allowed him to be a specialist in scoring from far distances, taking corner kicks and the ability to pass precisely.

While the Serbian was successful with Red Star Belgrade and Vojodina, his move to AS Roma was not enjoyable. Carlo Mazzone, Roma’s coach, moved Siniša Mihajlović to the left-back position but this was not beneficial to the Serbian. Due to his lack of knowledge of this position, it limited his ability to play to his full potential and he called it the worst period of his playing career.

When he finished playing with Roma, he would go on to play with Sampdoria and then Lazio and it was with the Biancocelesti where his hard work paid off. In the summer of 2008, Mihajlovic was brought to Lazio by head coach Sven-Goran Eriksson and club president Sergio Cragnotti. Quickly after arriving to the capital of Rome, he won his first award by beating Juventus in the Supercoppa Italiana, in late August 1998. While Lazio had challenged for trophies before the Serbian’s arrival, his addition to the club strengthened the team, helping them win two Coppa Italia’s, one Scudetto, a Super UEFA Cup and the UEFA Cup Winners’ Cup in 1999. Mihajlović’s last trophy in his career was with Lazio in 2004 winning against Juventus in the Coppa Italia.

In the summer of 2004, Lazio had released Siniša Mihajlović, where he joined his friend and former teammate Roberto Mancini at Internazionale on a free transfer. On June 16, 2005, the Serbian signed a one-year extension with Internazionale. Playing under Roberto Mancini would be the stepping stone to help the Serbian progress his career into coaching. After the 2005-2006 season he retired with Inter, at the age of 37.

Upon retiring, the Serbian certified himself as a set piece and penalty kick specialist. He had a hard-striking left footed shot, which would be able to hit the net from a far distance. To date, he still holds a record with Andrea Pirlo with 28 goals for free kicks. His hard work, determination and will power are what he will be remembered by, because in his early career he was not accepted and had to work hard in order to make it into the big leagues.

The season after retiring with Internazionale, Siniša decided to coach right away under Roberto Mancini, becoming the assistant coach. Sharing a long-time relationship where they played five seasons together with Sampdoria and Lazio, Siniša choose a good time to begin his coaching career. His relationship with the Inter coach allowed him to understand his tactics, his approach to coaching a team, and learn the methodology behind his 4-3-3 squad formation. Roberto Mancini played a vital role in the short time with Mihajlović. While Mancini and Siniša only coached together for two years, the Italian’s guidance helped him succeed in his coaching career.

Inter always held a special place in the Serbian’s heart as it allowed him to coach teams such as Bologna, Catania, Fiorentina, Torino, and the Serbian National Team. He became known as a coach who is vocal, outspoken and a risk-taker. While his political views tend to get the best of him, it shouldn’t disregard his successful coaching career.

Through his playing and coaching career, his friends and teammates have helped him become the person he is today. While he didn’t have a father growing up, this made him stronger. Through coaching, he developed traits such as accountability and responsibility and was driven to achieve his goals.

The next chapter in his career has come with unfortunate circumstances. The long-time player and current Bologna coach was diagnosed with Leukemia. It was announced this past week that the Serbian will start treatment immediately to fight the disease. While this is news that no one wants to hear, it should not scare anyone since we know the type of person Siniša is. He is a fighter and someone who will never give up. He’s always been a winner even if the result didn’t end up with a trophy. Winning with teams through his playing career, to helping Bologna from going to relegation, the Serbian is a fighter and will always go the distance. The path he has chosen has allowed him to fight this next opponent and in due time will learn that Siniša has become victorious again.