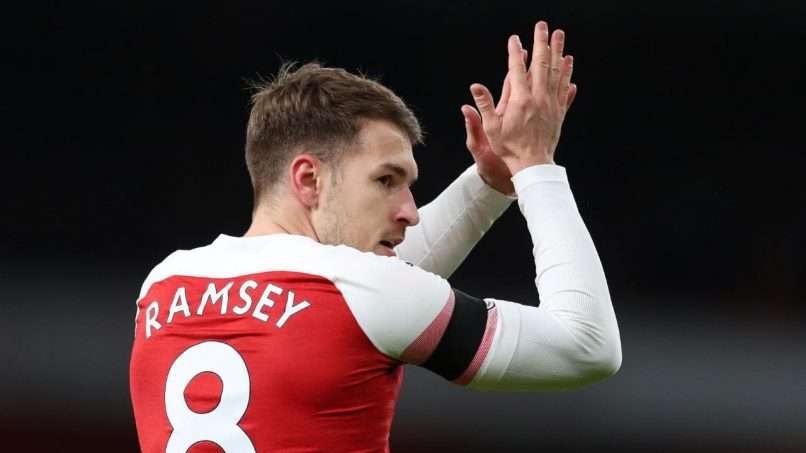 Aaron Ramsey will go down as somewhat of an Arsenal legend. That may be strange for some to hear. The word legend is often thrown about when describing footballers as ‘great’ or ‘class’ and ‘quality’. However, legend or not, Ramsey will go down in the history books more for his individual moments in games rather than for his prolonged consistent performances across a whole season, or lack of.

Often infuriating and sometimes passive and ineffective, but Aaron Ramsey will always be a player who won Arsenal two FA Cups to make the Gunners the greatest FA Cup side in history. He was instrumental in all three finals he played in, scoring two winning goals with one ending their nine year trophy drought.

With that evidence, some would say he’s a big game player. Again, that is also a stretch. Ramsey works hard, arguably harder than most midfielders in the league. He has tremendous stamina, isn’t afraid to get stuck into a player and always drives forward with purpose, intent and more than anything with intelligence as he finds himself in glorious goal scoring positions. Yet he still went missing in big games, and often that was where his quality was exposed, in areas where his runs were shut out, or his erratic passing and mis-control was pounced on by opposition midfielders.

Despite his shortcomings, and more than for his ability to score goals from midfield, Arsenal fans should remember Ramsey for his ability to adapt himself to any game, and that is what I believe Juventus are gaining more than anything as they welcome the Welshman to Turin this summer.

After so many years, where is Ramsey’s best position? Contrary to many opinions, the number 10/shadow striker role doesn’t work in my opinion. His performances of late have been inspired in that position, but the Ramsey that will always resonate in my mind is that of a box-to-box, all-singing, all-dancing midfielder.

Ramsey can tackle, pass, cross, shoot with his right foot, shoot with his left, head the ball; he can do it all. With a comfortable ball-playing partner alongside him in midfield, Ramsey can have the licence to buzz around in the same way an N’Golo Kante does now. He could do this with a midfield partner, like Miralem Pjanic, who sets the tone and control the game.

In 2013, when Ramsey was scoring goal after goal week-in week-out, he was also registering more tackles than any other player in the league, whilst covering more distance and getting involved in every facet of Arsenal’s play. In a deeper position, Ramsey could cover more ground than most I’ve seen at this level.

It has to be said though, that with Arsenal’s defensive frailties, his eagerness to get forward was often mis-judged, leaving his teammates horribly exposed at times. However, Juventus who are renowned for playing three men in midfield, and boast one of the greatest defensive pairings of all time, could be the perfect club for Ramsey to develop into the world class midfielder many believe he was destined to become.

The Welsh international fits the mold and spec of many successful Juventus midfielders we’ve seen over the years. The likes of Claudio Marchisio, Arturo Vidal, Sami Khedira, Blaise Matuidi, and Emre Can are all hard-working box-to-box midfielders who blend their creative flair with their tenacity as well. Ramsey, who’s hitting his peak years, could easily slot in place of the ageing Matuidi, or Can who’s quality is often called into question.

In a 4-3-3, with the likes of Cristiano Ronaldo and Paulo Dybala who enjoy coming short for the ball, Ramsey’s runs in-behind oppositions could give Juventus a different dimension as they look for the missing piece in the Champions League-winning jigsaw.

Aaron Ramsey doesn’t come across as the type of player who would turn a team from European contenders to sudden winners, but his qualities could elevate Massimiliano Allegri’s tactics and give the side an unpredictability they’ve not had when coming up against the truly elite of European football. Alongside a creative spark like Miralem Pjanic, Aaron Ramsey could be allowed that licence to once again roam freely around the pitch as the technicians take control of the game.

I hope Ramsey is remembered at Arsenal for completing a wonderful comeback to football after his horror injury, which is often forgotten about, and that he can rediscover regular football and grow in a team and league that will suit his style. It is without saying that he will also be remembered for his wonder-goals and for his magical moments that brought trophies back to the Emirates Stadium.

However, the lasting impression he’s left on fans is more an admiration for what a stand-out professional he is. He’s never spoken out negatively about the club and his contract, he’s never criticised anyone for his dip in performances and he’s now giving his all to Arsenal before he departs for Italy. He’s shown what a true role-model he is and is giving something back to all those who showed faith in him. He’ll be a superb addition to the Juventus squad.