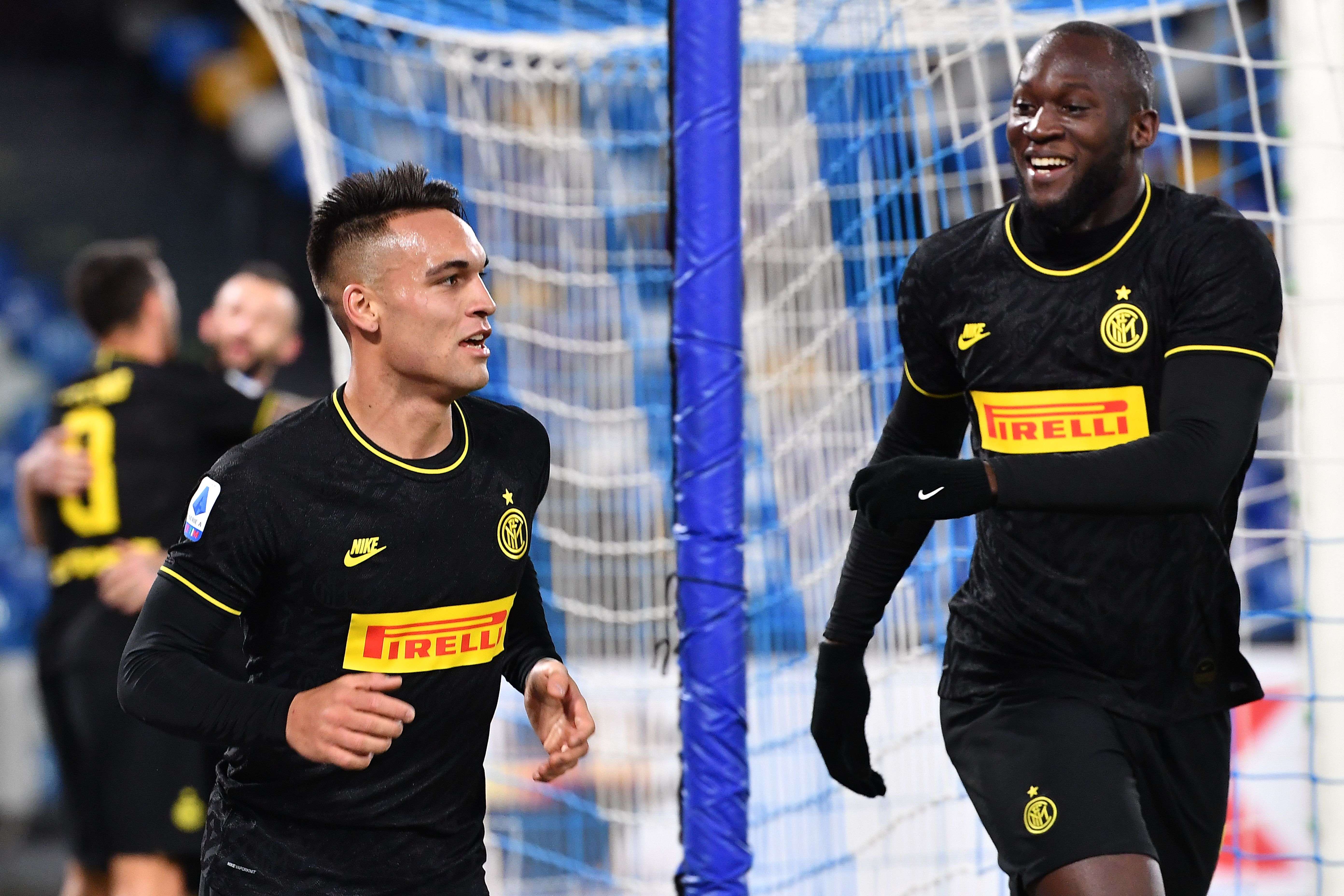 Romelu Lukaku scored a first half brace to help Inter win their first game in 2020 as they eased past Napoli 3-1 at the San Paolo Stadium.

With Juventus having recorded an emphatic 4-0 win against Cagliari earlier in the day, the pressure was on Inter to keep pace as they went in search of their first win in Naples since October 1997.

The early stages of the game indicated that this would not be an easy task. Napoli started on the front foot and created two big chances inside the opening ten minutes, as Arkadiusz Milik headed over from close range, before Lorenzo Insigne was played in on goal, only for his first touch to let him down at the vital moment.

Yet Napoli’s campaign has been littered with defensive errors, and another one here saw them fall behind in the 14th minute. The hosts gifted possession to Lukaku after Giovanni Di Lorenzo slipped over, and the Belgian striker was allowed to run from the halfway line and into the Napoli penalty area, producing a cool finish which found the target via the inside of the post.

A poor goal to give away, yet Lukaku and Inter’s second was even worse. Antonio Conte’s side attacked swiftly, but Lukaku appeared to have a lack of options as he came to the edge of the box. More in hope than anything else, he powered a shot towards goal, straight at Alex Meret. It should have been a routine save for the goalkeeper, but he inexplicably allowed the ball to squirm through his hands and into the net.

Having lost their first home game under Gennaro Gattuso against Parma last month, Napoli looked to be heading for another humiliating home defeat. Yet they showed admirable spirit as they halved the deficit shortly before the interval. Piotr Zielinski’s clipped ball to the back post caught Inter unaware, and Jose Callejon kept his composure to cross for the unmarked Milik who fired home from inside the six yard box.

Out of nowhere, Napoli were back in the game and started the second half hopeful that they could pull off a famous comeback. Those hopes were extinguished just after the hour mark. Again Napoli’s defending left a lot to be desired, as Konstantinos Manolas failed to deal with Matias Vecino’s cross, leaving Lautaro Martinez to poke his shot beyond Meret to restore Inter’s two goal advantage.

It was a lead that Inter rarely looked like squandering. Insigne went closest to pulling a goal back as his free-kick clipped the top of the crossbar, but Inter saw the game out with relative ease.

This game was expected to test Inter’s title credentials, and they passed with flying colours to move back level on points with Juventus at the top of the table. They will face another stern examination this weekend when they host an in-form Atalanta side on Saturday evening.

For Napoli, their miserable season continues. They have already lost six times in the league, just one fewer than in the whole of last season. Their tally of 24 points from 18 games sees them sit 11 points outside the top four as we approach the halfway stage of the season.

Talks between Wolves and Fiorentina ongoing for Patrick Cutrone