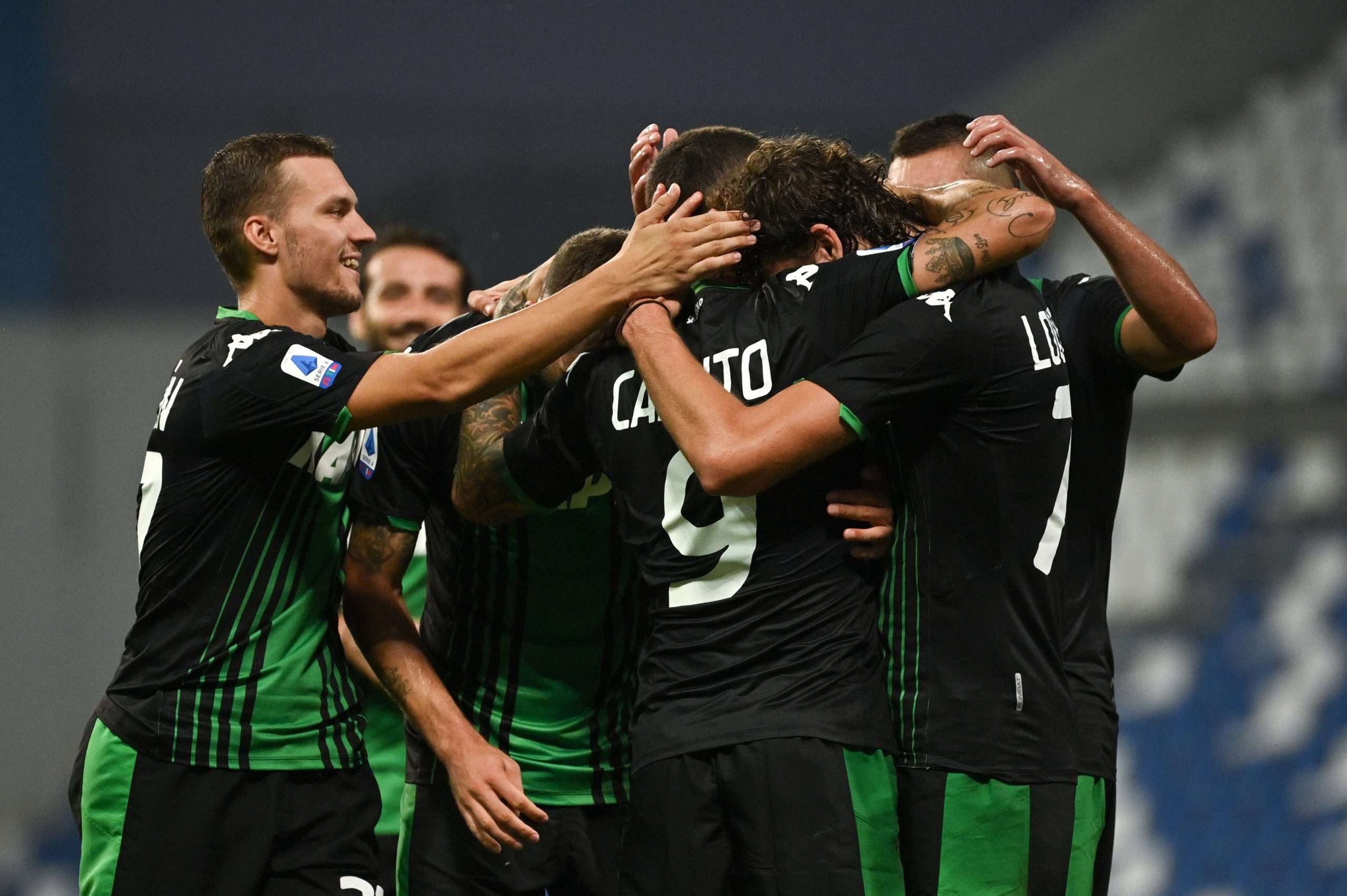 Those outside of the Italian footballing realm often brandish all native managers with the same, stereotypical, sweeping statement that their play is dull. Thankfully, Sassuolo’s promising manager Roberto De Zerbi has worked wonders in silencing these critics by guiding the Neroverdi to an impressive 8th place finish in Serie A last season, whilst simultaneously treating onlookers to exciting football throughout the campaign. Let’s review some of the key parts of their season.

Highlight of the season: Lazio 1-2 Sassuolo

There are multiple options I could have selected for this category. A barnstorming 5-0 victory over Genoa on the penultimate game of the Serie A campaign obviously leaps out, whilst the two draws against champions Juventus also deserve to be in consideration. I personally believe the highlight of the season has to go to their game against Lazio at the Stadio Olimpico in July, though.

Coming into the tie, Sassuolo were on an unbeaten run of five games but had the unenviable task of coming up against Simone Inzaghi’s Lazio side, who were still considered challengers for the Serie A title at this point.

Regrettably, their start was not ideal, first having a goal from Raspadori chalked off for an offside, before then conceding to a shot from Luis Alberto. However, the Italian attacker got his revenge by netting an equaliser early into the second-half, with striker Francesco Caputo subsequently sealing the win with a header from about a yard out in stoppage time.

This must have felt like sweet revenge for Sassuolo, who suffered the same fate as Lazio in the reverse fixture in November (conceding late into the match to lose the game) but it also demonstrated they could win tussles with some of the “big boys” – it was just a shame the fans of the Emilian club were not able to savour the moment in person.

On 12th January 2020, Sassuolo fans travelled to the Stadio Friuli in Udine to watch their side contest a match between the 13th and 14th placed clubs in the division. Having not experienced an ideal first half of the campaign, it was vital that Sassuolo defeated Udinese to leapfrog them and begin their ascendency up the table. Unfortunately, they were instead left tumbling back down to 15th after goals from Okaka, Sema and De Paul saw them lose 3-0.

Luckily, Sassuolo were able to recover from this setback and use the rest of the season to finish the campaign in an impressive 8th, but the fact that the result that day left them just five points from the drop, undeniably will have sent the fans home feeling despondent and uneasy about the remainder of the season.

Player of the season: Francesco Caputo

Again, it seems like Sassuolo are by no means short of contenders in this category, with the majority of their squad experiencing a very impressive year. “One of their own” Domenico Berardi has to be a frontrunner with 24 goal contributions over the course of the Serie A season, whilst Manuel Locatelli has proven himself to be one of the most promising midfielders in Europe. It would be challenging for anybody to look past Francesco Caputo’s season, though.

Caputo has proven age can be no barrier, by contributing to 28 Serie A goals this campaign despite approaching his mid-thirties. The Italian talisman has had a turbulent career, having spent the majority of his time in Serie B, but he finally looks to have found his home with Sassuolo’s project in Northern Italy.

Both he and the club will be keen to see him replicate this form next year and, with the talented players just behind him, he could well be the driving force for the Neroverdi once more.

All associated with Sassuolo will undoubtedly be overjoyed with the club’s 19/20 season – recording their 2nd highest finish ever as a club – and with an excellent squad and a talented manager, who’s to say they cannot mount a challenge for a European place next campaign?

Provided they’re able to keep gifted players such as Berardi and Locatelli, De Zerbi continues to implement effective, entertaining football and they can make some sensible acquisitions this window to strengthen the squad, a few of the seven clubs above them last season will be nervously looking over their shoulder in anticipation of the forthcoming campaign.

It has been a fantastic year for Sassuolo, and it cannot be stressed enough what a huge achievement this was for the diminutive club from the Emilia-Romagna region. I for one cannot wait to see what we’re treated to from them in the coming months.

Atalanta announce the signing of Aleksei Miranchuk from Lokomotiv Moscow