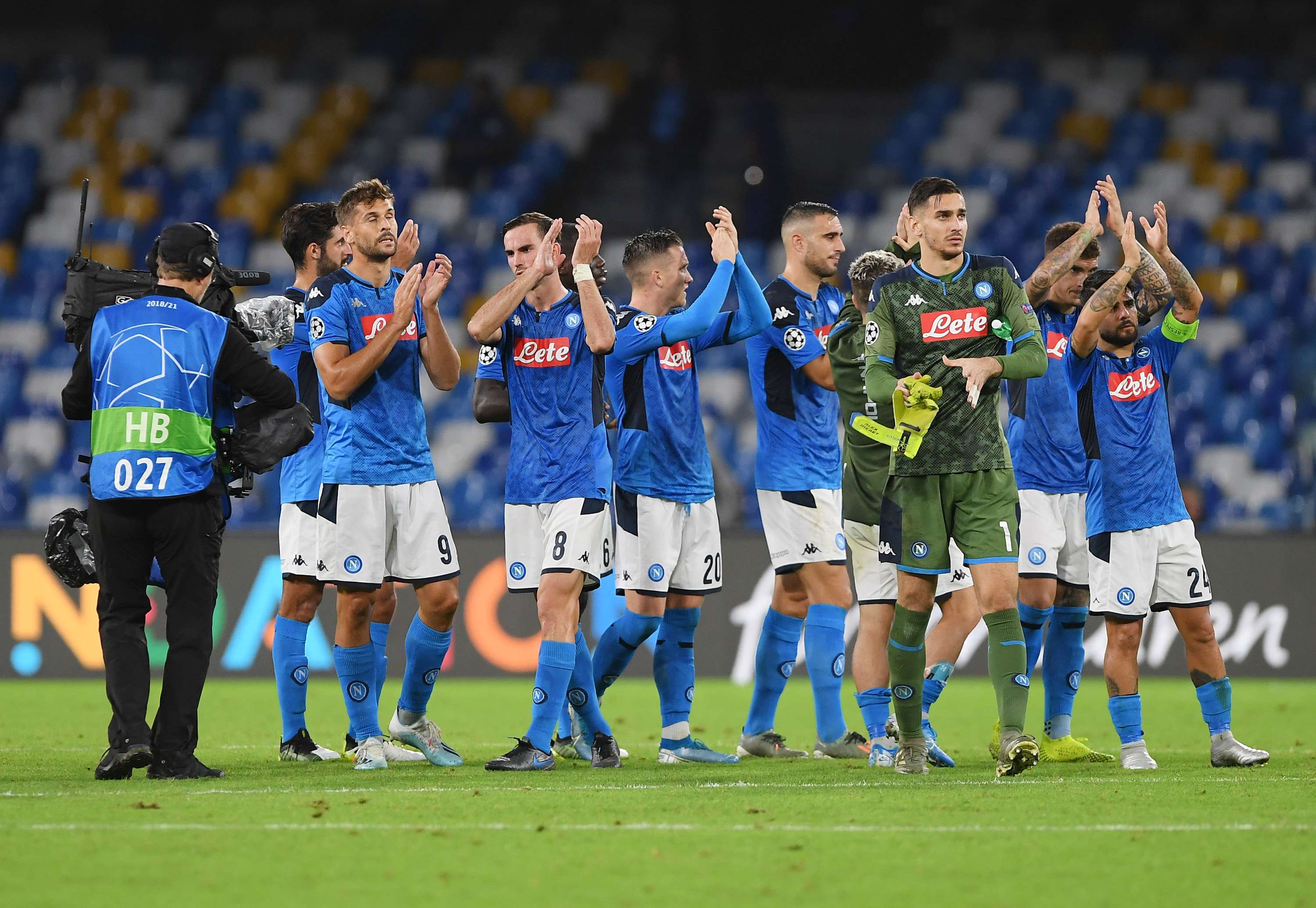 Napoli were entering the 2019/20 Serie A season as one of the biggest threats to dethrone Juventus. The Bianconeri were looking to win their ninth straight Scudetto, while Napoli were aiming to put an end to this streak.

They had a successful summer in the transfer market, as the club managed to retain key players while augmenting the squad with a number of new parts. All three goalkeepers joined the club permanently at the end of their loans, while Alex Meret and Orestis Karnezis joined from Udinese. At the back, they acquired Kostas Manolas from Roma to play alongside Kalidou Koulibaly in the middle, though that partnership never really clicked.

Napoli signed Giovanni Di Lorenzo, who provided assurance and did a great job when he replaced the injured Kévin Malcuit. In the midfield, Macedonian international Eljif Elmas was signed from Fenerbahçe. Hirving Lozano was bought from PSV Eindhoven for a club record 42m Euros, a player which Carlo Ancelotti wanted to play in his 4-4-2 and add to their attack up front.

At the very end of the transfer window, they made one last move and added Fernando Llorente on a free transfer from Tottenham. With all these changes, which either improved the starting eleven or added depth, many thought Napoli would challenge for the Scudetto, but also recognized that Inter had improved significantly and hired Antonio Conte.

A promising start before slipping away

It was a decent start to the season for Napoli, who won three of their first four matches and the only loss was to Juventus in a match where they came back from 3-0 down to equalize. After that, Napoli began to drop points. They lost to Cagliari at home, drew to Torino away, drew SPAL at home, drew Atalanta at home and lost to Roma away.

After dropping to 7th in the table, Club President Aurelio De Laurentiis ordered the club to go on a retreat, which is not uncommon when teams are struggling. Typically, that decision resides with the manager, and Ancelotti had publicly stated he didn’t think a retreat was the right approach. Nevertheless, he complied with the boss’ orders.

The retreat that wasn’t

The club was scheduled to leave for its training ground at Castel Volturno after its Champions League Group Stage match against RB Salzburg. That match finished 1-1, but will always be remembered for the infamous mutiny that ensued afterward. Club Vice-President Edoardo De Laurentiis went into the dressing room after the match to remind the players of the retreat, and all hell broke loose. After an altercation with Allan, the players boycotted the retreat and went home instead. Ancelotti took the team bus to Castel Volturno alone.

Aurelio De Laurentiis fined the players 25% of their monthly wages totalling 2.5M euros, the maximum fine a club can impose on its players. Not surprisingly, results did not improve after the mutiny and fines. Napoli went on to draw Genoa and Milan, and then lose to Bologna and draw to Udinese. Despite the poor performance in Serie A, Napoli continued to play well in the Champions League, going undefeated in the Group Stage, which included a win and a draw to reigning champions Liverpool. Napoli secured their place in the knockout phase with a 4-0 win over Genk. After that match,  Ancelotti was sacked.

The subsequent day, Gennaro Gattuso was appointed as the new manager with a contract only until June 30, 2020. The reports at that time were that the contract included an automatic renewal for one year if Napoli qualified for the Champions League.

Things got worse before they got better. Gattuso lost four of his first five matches in charge and by the midway point of the season Napoli had dipped into the bottom half of the table in 11th place. At that time, a lot of people questioned the decision to fire Ancelotti. Even Aurelio De Laurentiis went on record saying he should have kept Ancelotti.

At a time when the squad was acting immaturely and needed order, Gattuso was the perfect man. Napoli needed someone who was a bully, a disciplinarian to come in and get these players under control. Had the mutiny happened later in the season, the best decision would have been to keep Ancelotti and overhaul the squad in the summer, but that was not the case.

Aurelio De Laurentiis began his rebuild in the January transfer window, spending approximately 90 million euros on five players. First, he signed Diego Demme from RB Leipzig, then he brought Stanislav Lobotka from Celta Vigo. Next, he signed Amir Rrahmani from Hellas Verona, with a loan back to Verona for the remainder  of the season. And just before the end of the transfer window he signed Andrea Petagna from SPAL, also with a loan back to his former club. Finally, De Laurentiis agreed to an 18-month loan with obligation to buy Matteo Politano from Inter.

Revival in the new year

Napoli got better and better from that point, although they had the occasional slip, such as the 3-2 loss to Lecce which Gattuso credited to mental weakness. They also beat Inter 1-0 in the first leg of the Coppa Italia semi-finals, and drew Barcelona 1-1 in the first leg of the Champions League Round of 16 at the Stadio San Paolo,  in one of the most electric atmospheres the tournament has ever witnessed.

Just as things were going Napoli’s way, COVID-19 hit and shut it all down. While some clubs suffered as a result, Napoli only seemed to get stronger. The entire squad stayed in the city, no one went abroad. Gatttuso maintained regular contact with the players, especially Lorenzo Insigne, and each player was given individual workouts to do from home. During this time, the players rallied around their manager after the unfortunate passing of his sister, Francesca Gattuso, who had been battling an illness for many months. That event gave the players even more motivation to win for their fearless leader when football eventually resumed.

The other big story during the COVID-19 break was the potential departure of club legend Dries Mertens. With his contract set to expire on June 30, Mertens was heavily linked to Chelsea as a possible replacement for Olivier Giroud, and to Inter as a potential replacement for Lautaro Martinez. Napoli tifosi did everything in their power to keep their Belgian Ciro, as they flooded his social media with warm messages and pleading him to stay.

When rumours surfaced that Mertens had agreed to terms with Inter, Napoli twitter were not pleased with this decision. Fortunately, in mid-June the club announced his renewal for two years, with an option for a third. It seems what may have sealed the deal with Mertens is the promise of a future role with the club post-retirement.

Napoli’s first match after the restart was the second leg of their Coppa Italia tie with Inter, in which they won 2-1. The game was monumental, as Mertens solidified himself as the clubs most prolific scorer of all time with 122 goals. After the match Gattuso dedicated the emotional win to his sister and thanked the players for playing for him.

Napoli advanced to the final, where they defeated Juventus in penalty kicks to bring home their first trophy since winning the Coppa Italia in 2014. After losing to Atalanta on matchday 29, qualifying for the Champions League was no longer a possibility.

Napoli closed their season with a 3-1 loss to Barcelona at the Camp Nou. The players have taken a short break, before regrouping for their summer retreat at their new, temporary training ground in Castel di Sangro.

Goal of the year: Fabián Ruiz versus Lecce