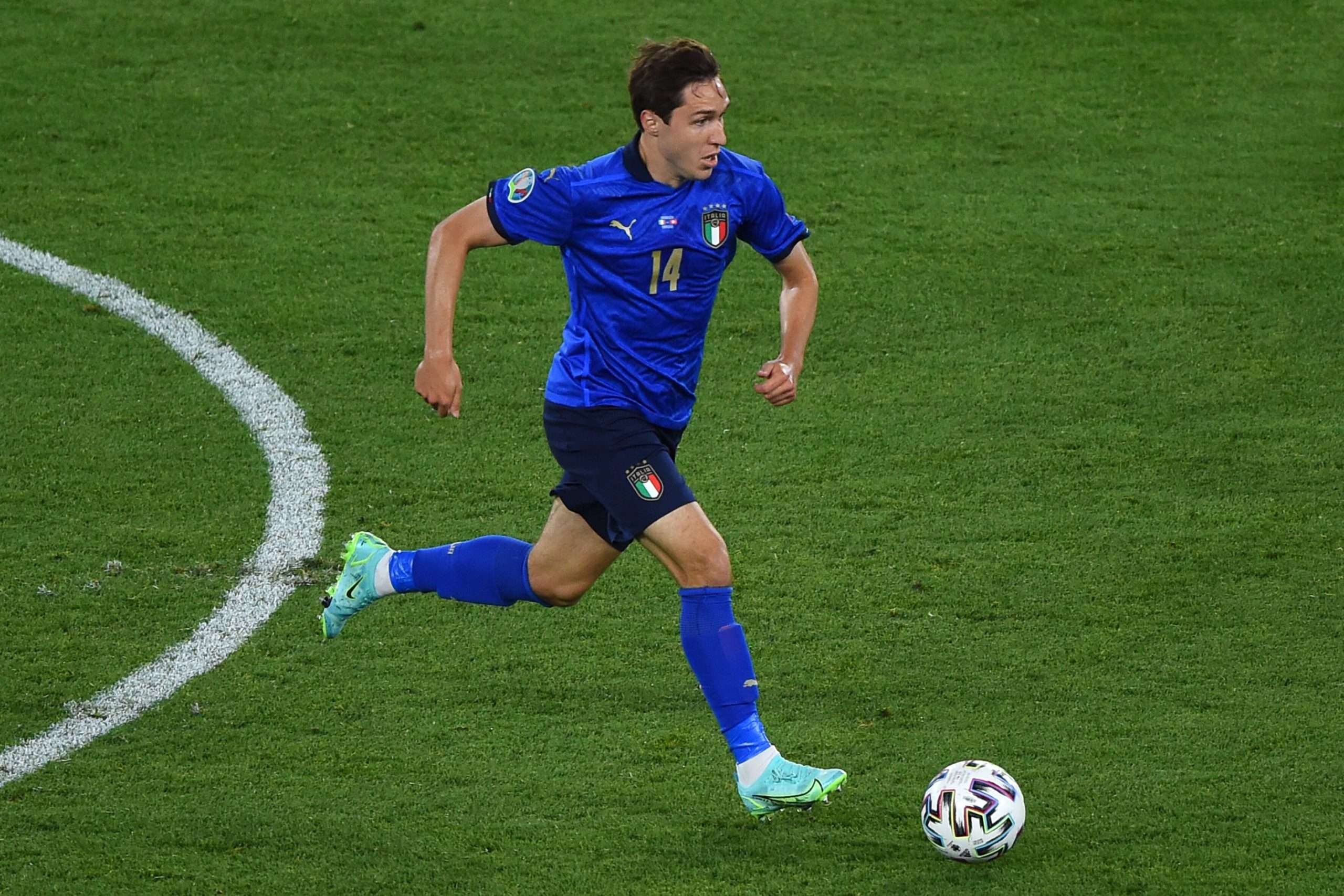 Speaking in the build-up to Italy’s final EURO 2020 group stage match against Wales on Sunday, Juventus winger Federico Chiesa has set his sights on the title for the Azzurri. His press conference transcribed in Sky Sport, the Italy man highlighted the collective nature of the team – not relying on a single group of players – and the prospect of facing the stronger sides later on in the competition.

“The fans are right to dream [of winning the Euros], and we are with them on that. We’re here to go all the way, to achieve this dream.”

“The manager asks us to be ready. When I’m called into action I’ll make sure I’m ready, each one of us is a starter and we need to be ready to play. Each one of us plays an important part in reaching the objective, and we all have to contribute when the moment arrives.”

“Wales are a team that will definitely do battle with us. They have several important players who are at an international level, most of all Gareth Bale. Aaron Ramsey is also a player who stands out, and is very intelligent. He’s technically very good, I valued him both on and off the pitch at Juventus.”

“We also need to play against these teams if we want to go all the way. We can compete with any of the other teams and we’re not scared of anyone, in fact we want to play them to see what level we’re at.”