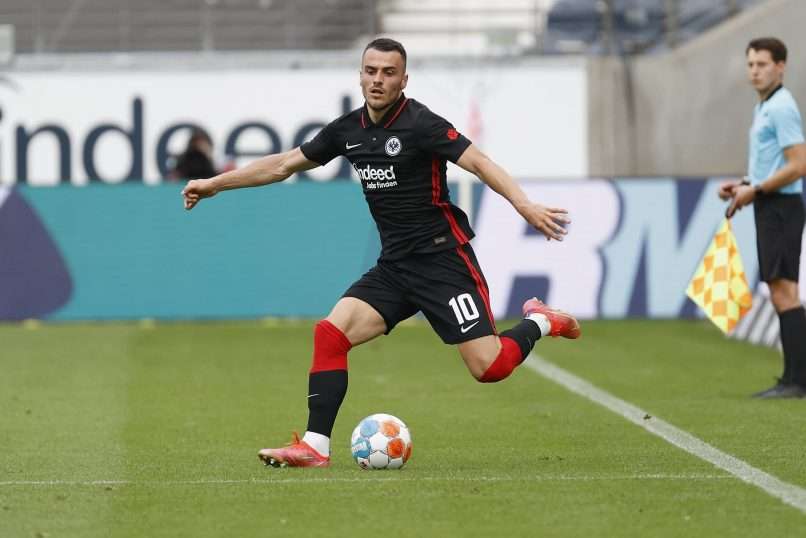 Lazio are interested in signing Eintracht Frankfurt’s Filip Kostic but they are facing issues in making a move possible.

La Repubblica claim that Claudio Lotito and Igli Tare want to help Maurizio Sarri replace the outgoing Joaquin Correa and the Italian wants Kostic at the club. While the player has already agreed personal terms with Lazio, his arrival will depend on the situation of Dimitrije Kamenović.

If he stays at Lazio beyond this summer, the Biancocelesti will not be able to sign Kostic. Genoa are interested in the full-back and talks are ongoing regarding a move. The issue pertains to EU players and Serbia aren’t part of the EU yet. Kostic will be part of the non-EU quota but Kamenovic already occupies it and he’s blocking the move.

Mattia Zacagni remains an alternative and Sarri likes him quite a lot. The Verona man costs €10 million and the idea of signing Julian Brandt also remains an option. Jeremie Boga has been offered by Sassuolo, who are demanding a fee of €30 million but Lazio deem that price to be excessive.