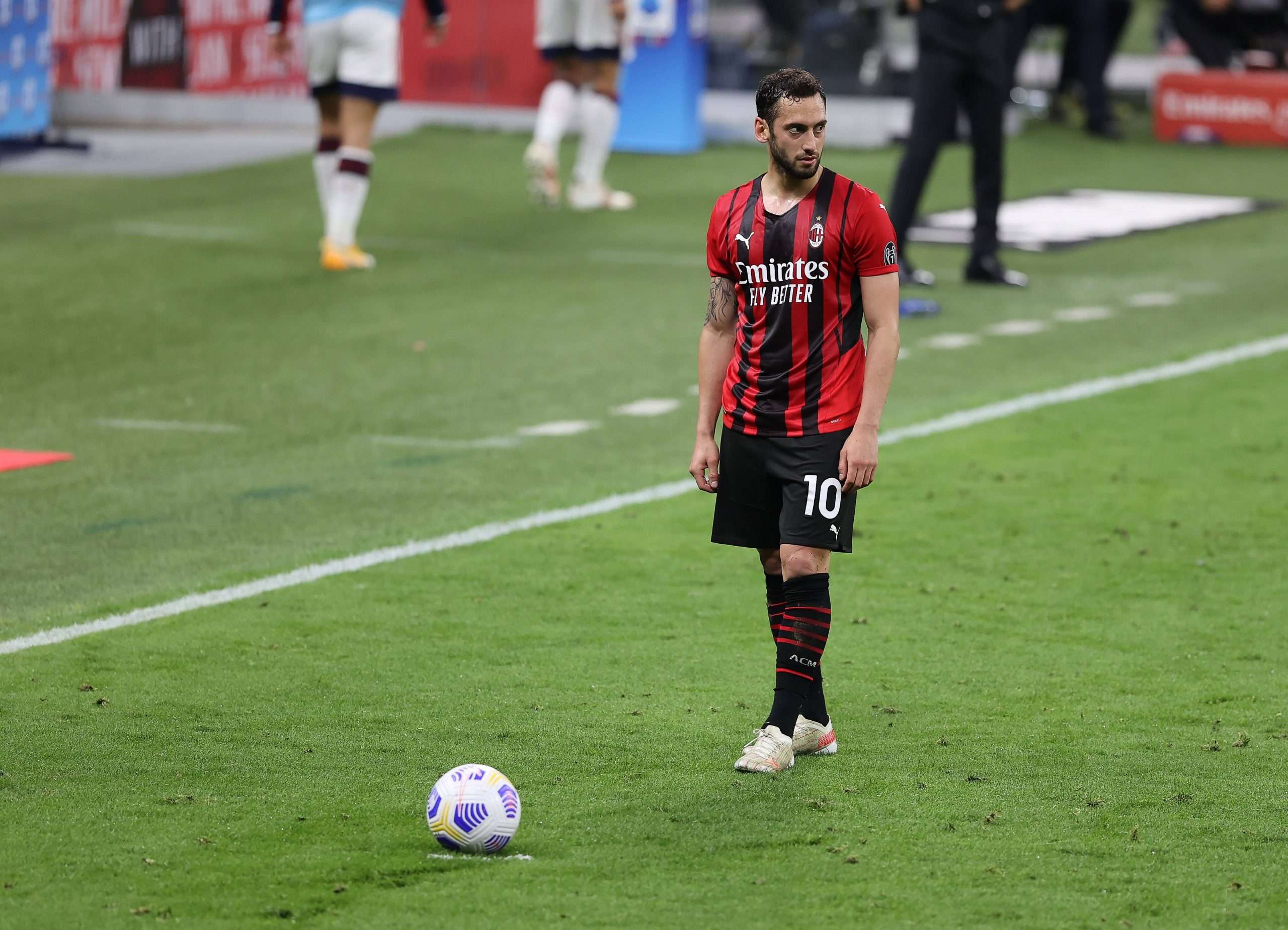 Sky Sport report this afternoon that soon-to-be out of contract Milan midfielder Hakan Çalhanoğlu has received an offer from Qatari club Al-Duhail worth €8m a year over three seasons. The Doha-based club, where former Roma and Juventus defender Mehdi Benatia also plays, would also pay the Turkish international an additional €8m on signing.

With the 27-year-old’s contract set to expire at the end of the season and no news of a potential renewal on the way, a meeting has been scheduled for next week between him, his agent and Al-Duhail to discuss a potential move.

Sky also add that the midfielder has long attracted interest from Premier League sides such as Chelsea, Arsenal and Manchester United as well as La Liga club Atlético Madrid. Within Serie A, Juventus and Inter are also keeping tabs on the Milan man, who has been a consistent fixture in Stefano Pioli’s side this season.