INTERVIEW | Como’s new signing Liam Kerrigan: “Playing with Cesc Fàbregas is only going to help me” 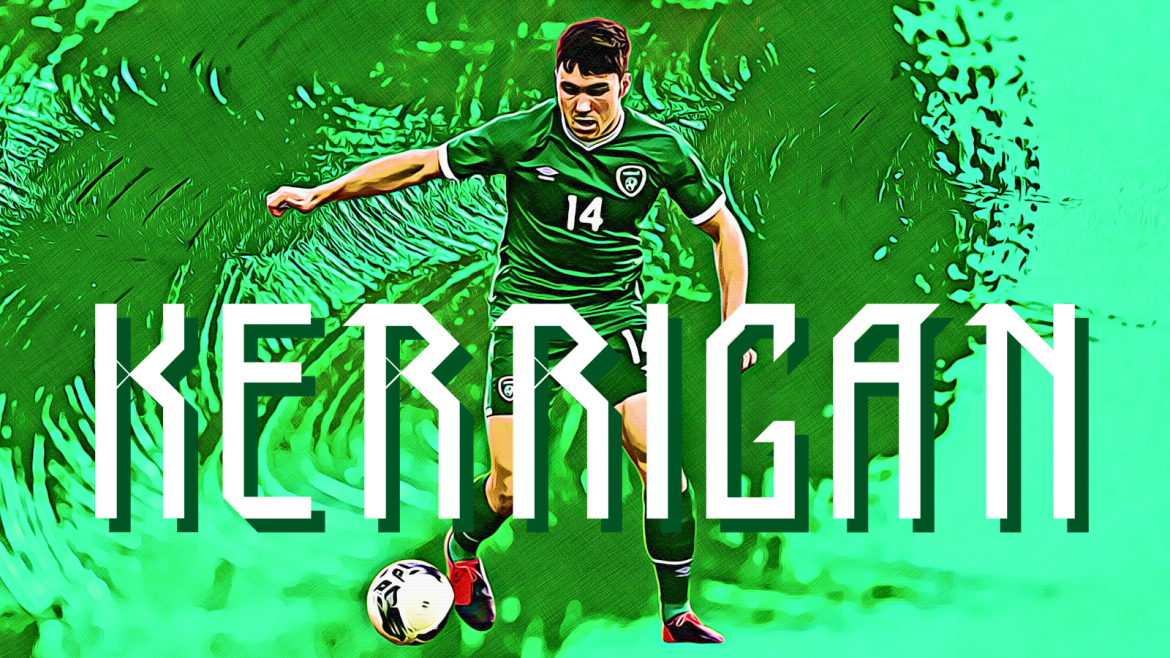 Lying in the northern part of Italy and the southern tip of Lake Como, the city remains a thing of beauty in the eyes of globetrotters. Tourists in droves visit Como every year to pacify their urge for observing the riches of mother Earth.

And if you are one of those dockyard aficionados, you are bound to see Stade Giuseppe-Sinigaglia, with its monumental demeanour, justifying its presence beside the part where water makes friends with the land. With its capacity of holding over 13 thousand spectators, Stade Giuseppe-Sinigaglia has emerged as a prominent home for the club aspiring to achieve Serie A promotion this season. They are none other than “Como 1907“.

Over the last few years, Como have seen gradual improvements in results, with them gaining Serie C promotion in the 2018/19 season and then Serie B promotion in the 2020/21 season. In the 2021/22 campaign, they finished 13th on the Serie B points table, 18 points adrift of the promotion play-offs.

With the intention to erase the gap in the respective tally, the club has undergone a massive summer transfer window, where they have brought in some exciting new names. One of them is Ireland U21 international Liam Kerrigan.

A winger by trade, Kerrigan made his official debut for Como in the first round of Coppa Italia against Spezia. Although the Serie B side faced a heavy 5-1 defeat to a much superior opponent, it was a piece of a new experience for Kerrigan, who has followed in the footsteps of Aaron Connolly, Kevin Zefi, Cathal Heffernan, James Abankwah and Festy Ebosele, now representing his country Ireland in Italian football.

In an exclusive interview with Get Italian Football News’ Jyotirmoy Halder, the 22-year-old discusses his journey to Italian football, the club’s aspirations going forward, his personal goals and much more.

How did it all start, and what was your motivation behind opting for professional football?

“I started playing football when I was two or three years of age. My parents do say that the minute I could walk I would always want the ball. So, I followed on from that age, just playing with my friends and playing with my local club. And then, I eventually moved to the academy team, which was Sligo Rovers in my hometown. I played a few first-team games there and then transferred to UCD because I knew that football is a short career. I needed to get a university degree as well as play football. So I balanced the two, the university and football for three years, just before I came to Como. Now, I am giving professional football my full amount of time rather than studying since I have recently completed my degree.”

How would you describe Liam Kerrigan as a footballer? And who is the footballing icon you always look up to?

“I would describe myself as a quick and direct winger, who likes to get in behind and try to score goals and get assists. And I have always looked up to Cristiano Ronaldo, just because of his work ethic and his dedication. So, he is my icon while growing up as a Manchester United fan. His name would be on the back of my jersey when I was younger.”

🇮🇪| For the first time, Liam Kerrigan tonight shared the pitch with now Como teammate Cesc Fabregas in Serie B

Now, we have come to know from one of the previous interviews that you thought you would end up in England, then why did you decide to move to Italy?

“I came to Italy because I like the ambition that the club has. The club wants to get to Serie A and so do I, as I want to play at the highest level possible. I think that learning a new style of playing and a new culture will only benefit me and make me a better player.”

You had a zoom call with Marc Bircham [the first-team manager] and Dennis Wise [the club CEO] ahead of the transfer, what convinced you to join Como?

“Dennis and Mac outlined what their plan for the club was and what their plans were for me. That matched up with what I wanted to get out of football. And that’s why I chose Como. The club has that ambition, as I already mentioned.”

It has been some time since you moved to Italy—a different country, different language, and different culture—how are you keeping up?

“So far so good, I really like Como, and I am really enjoying being in Italy. At the moment, I don’t understand too much of the language, but soon I am starting lessons. So, I am hoping to be able to speak a bit more soon. But I am settling in very well. Everyone around the club has helped me out and the players, even though they speak some broken English, they are trying to speak to me, which is always good and helps me to feel part of the team and part of the squad.”

What are the differences between the Irish game and the Italian game that you have managed to observe during this brief spell in Italy?

“The biggest difference, I think, would be how much emphasis is placed on the tactics here in Italy. A lot of the sessions are tactical and there is a lot of analysis going into it. That is the main difference for me.”

A notable name in world football – Cesc Fabregas, has also joined the club. How does it feel to be a teammate with someone like Fabregas?

“Yeah, Fabregas is here now. He is a really good guy. He is really humble. Going forward, he is someone you can only learn from. He has won everything in the game. So, I am looking forward to getting some tips and playing with him in future. As I said, he has won everything there is to win and played with the best players in the world. So, it is only going to help me.”

You made your debut in the first round of Coppa Italia against Spezia. What was your first impression of playing against a Serie A club?

“Playing against Spezia, it was the first time I played against a team of that level in a competitive game. Technically, the players are all very, very good. And along with their technical ability, they have the physicality. They are very fit and very strong. So, it was interesting to see it for the first time.”

Como have done exciting business in the summer, do you think a Serie A promotion is possible?

“This year, the aim is to get into the playoffs. I know there are lots of good sides in the league. But, at the moment, we are building. If you get into the playoffs, you never know what could happen—anyone could go up. So, we have to take each game as it comes and focus on that.”

Finally, a few words of encouragement for those hesitating to make a bold step in their lives.

“I think everyone should take an opportunity to allow them to step outside their comfort zone because it can only allow you to grow. I have come here to a new country, new culture, and new language. And this is my first time moving away from home. I am really enjoying it so far. In the long run, it will only benefit me.”