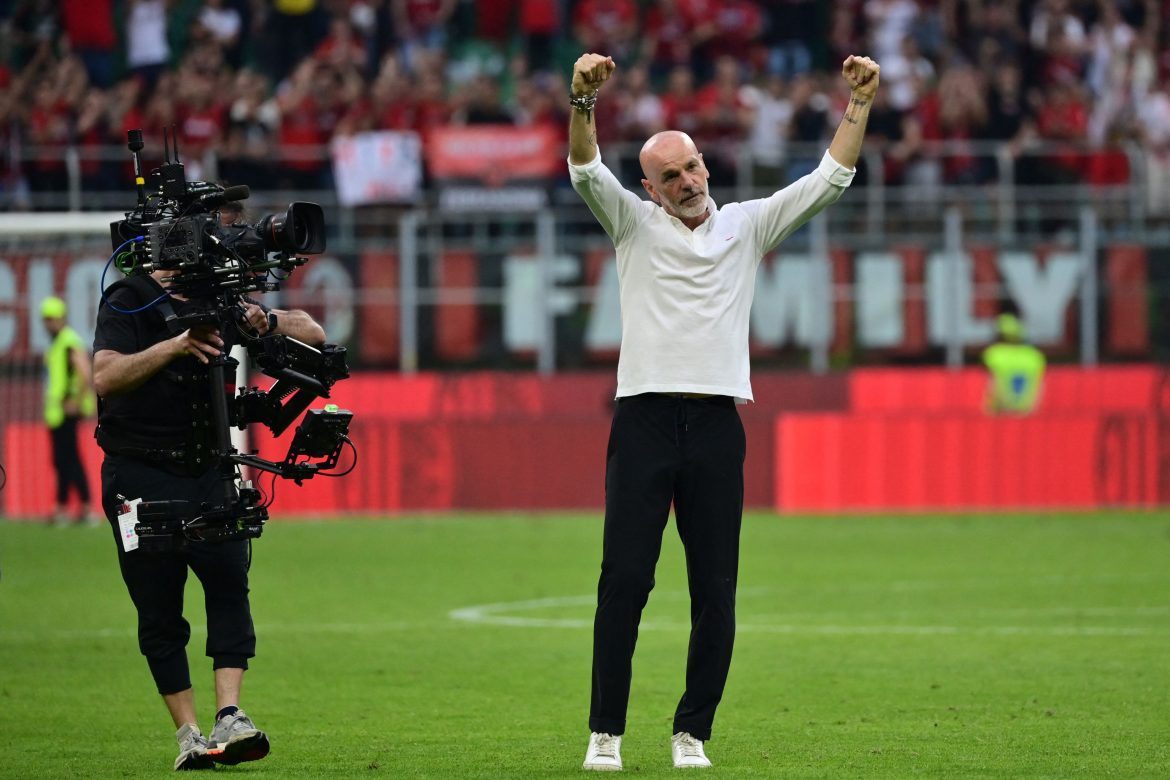 The Sunday night witnessed some of the craziest occurrences in Serie A, with Milan winning their first Scudetto after 11 years and the winners’ medal stolen from Stefano Pioli.

However, Lega Serie A authorities have confirmed that they will issue another medal for Pioli. In a tweet on Sunday evening, they promised,

After Milan had lifted the title on the back of beating Sassuolo with a 3-0 scoreline, the overenthusiastic crowd streamed onto the pitch to celebrate the moment and take selfies with the recipients of the medals.

Being one of the protagonists in Milan’s historic Scudetto chase this season, the head coach soon became a central figure amid the brouhaha, with countless fans willing to share a frame with the Milan gaffer.

Following that incident, Pioli was quoted as saying,

“I was stolen the winner’s medal, somebody stripped it from my neck. If I could make an appeal, I’d be grateful, it’s the only one I have.”

Milan won their first title since the 2010/11 season, putting an end to an 11-year-long misery. It was the first time that the Parma-born manager had managed to lead a team to the Scudetto glory.