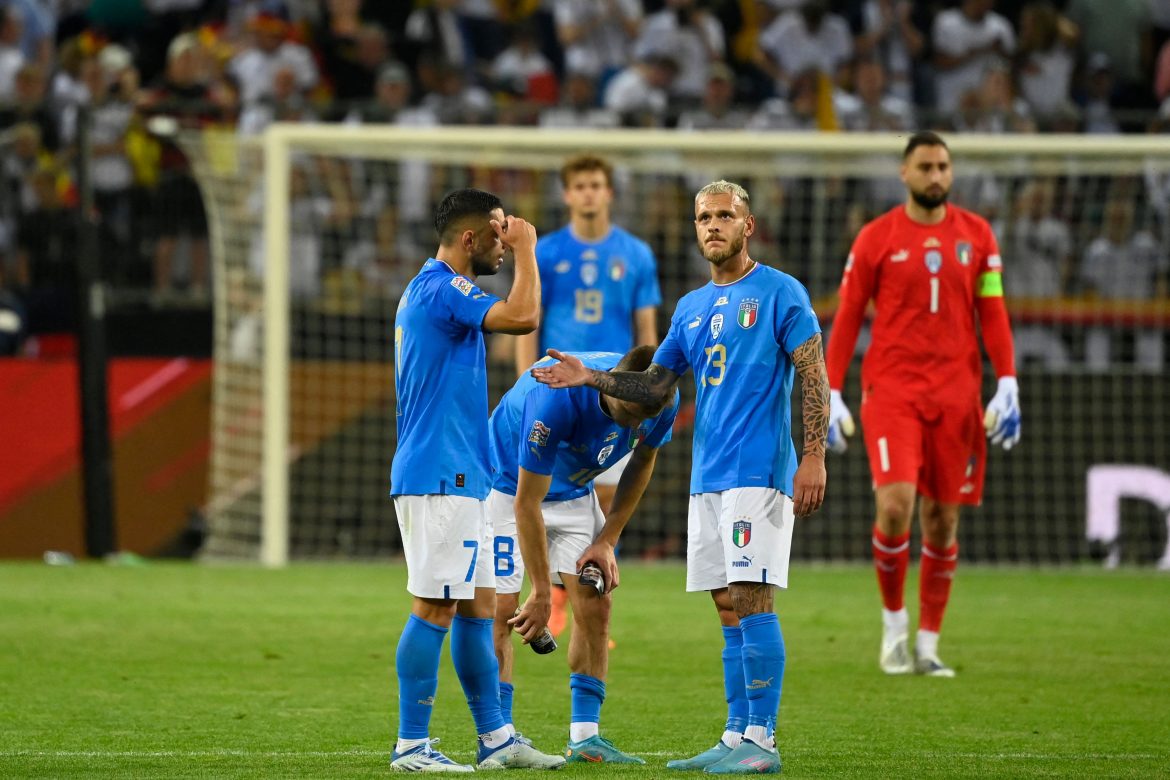 Germany ran riot against Italy as the goals from Wilfried Gnonto and Alessandro Bastoni went in vain in their final game in the latest window of international football.

Roberto Mancini’s faith in youth might have been perceived as an act of bravery, but, on Tuesday evening, it did little to halt the German blitzkrieg. The shower of goals started with Joshua Kimmich breaking the deadlock in the 10th-minute of the game. Ilkay Gündogan scored one from a penalty in the 49th-minute.

Two minutes later, Thomas Müller extended the lead. A quick brace from Timo Werner, with Serge Gnabry being the assist-provider in both instances, saw the away side 5-0 down on the scoresheet. The late goals from Gnonto and Bastoni were rather a consolation for a demotivated group of young Italians.

As things stand, Hungary, with seven points from four games, currently top the group. They are followed by Germany, Italy, and England, respectively. Italy started the day as the table-topper and ended it with notable misery. Here are the player ratings from Germany’s triumphant victory over the Azzurri.