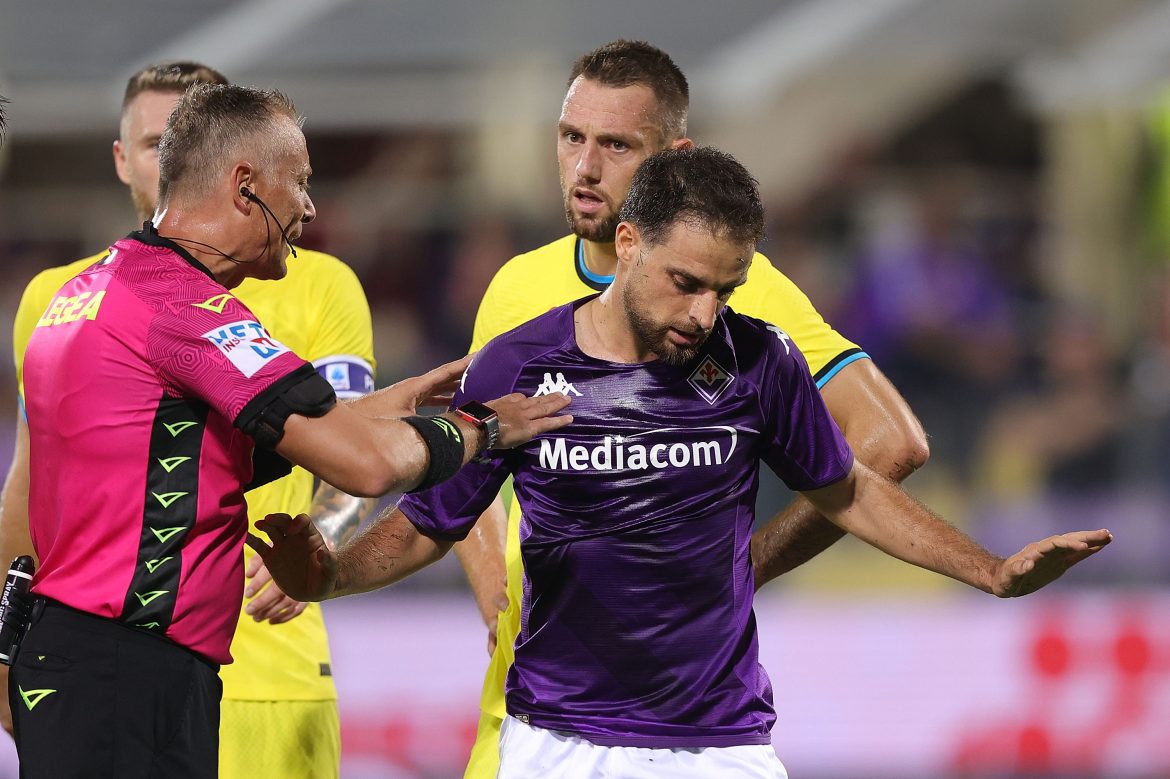 Serie A referee Paolo Valeri could serve a suspension for his error during Fiorentina’s home game against Inter.

While Inter won 4-3 in a dramatic clash at the Franchi, a topic of debate was the penalty given to La Viola in the first half that Arthur Cabral had converted. Jack Bonaventura was brought down in the box by Federico Dimarco but the Italian had gone very high with his challenge on his compatriot and it was a clear sending off as well.

But referee Valeri missed it and Dimarco was allowed to play on. And as the result suggests, the decision impacted the game a fair bit.

La Gazzetta dello Sport now claim that Valeri could now be suspended for a gameweek because of his error, with Gianluca Rocchi expected to make a decision soon. But the expectation is that Valeri will not officiate in one game week and ‘reflect’ on the mistake.

This comes after Valeri had himself admitted a mistake in Milan’s draw against Atalanta, where Hans Hateboer had tripped Rafael Leao in the box but a penalty wasn’t given.

The incredible numbers behind Khvicha Kvaratskhelia’s Serie A season