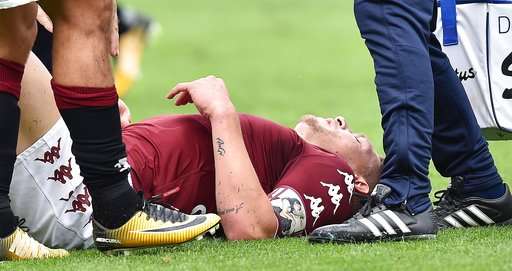 Torino has announced that striker Andrea Belotti suffered a medial collateral ligament (MCL) tear in the match against Hellas Verona on Sunday. The Italian international will be sidelined for an estimated four weeks.

Belotti will miss Gli Azzurri’s upcoming matches against Macedonia and Albania and could potentially be at risk to miss the World Cup Qualifier Playoffs in November.

Last season was “Il Gallo’s” breakout year as he scored 26 league goals and Torino inserted a €100 million release clause (valid only for foreign clubs) into his contract.