Gattuso Sets Out to Prove He’s More Than Just ‘Grinta’ 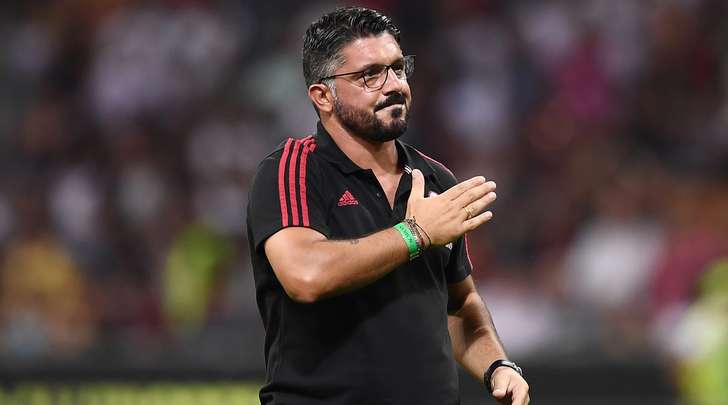 On Monday morning, a day after Milan left the San Siro pitch in a disappointing 0-0 stalemate with Torino, the inevitable firing occurred for manager Vincenzo Montella who has been facing the sack for the majority of the current campaign.

“We are very grateful to Mr. Montella and his staff for all the work done up to today, their commitment and professionalism,” read the official statement from the Club.

Last summer, Montella was rewarded for his accomplishments of an Italian Super Cup victory and Europa League berth, inking a new contract extension and entrusted with an expensive squad chock full of potential impact players capable of finishing in the top four – an objective undeniably beyond their reach at this stage.

Currently, the Rossoneri sit seventh in the table, 11 points away from fourth place and six out of the Europa League zone. As if the gap between the seven-time champions of Europe and fourth place Roma (who also have a game in hand) wasn’t alarming enough for supporters, perhaps the 10 points separating the Club from the relegation zone delivers a clear signal a change was needed at the bench for the Lombard giants.

The time had come for a change to occur. Montella’s 300th career match at the weekend as a coach marked the end of his stint in Milano, and now, in steps the familiar face of the ‘Diavolo’, Gennaro Gattuso.

Gattuso, who appeared in over 450 matches for Milan as a player, followed many out the door after the 2011-12 season in a mass exodus of several club legends. Prior calling curtains on his career, however, the tenacious midfielder headed to Swiss club Sion, becoming a player-manager before hanging up his boots completely to take over full managerial duties at the club in February 2013.

After Gattuso was sacked in May of that year, and Sicilian outfit Palermo dropped to Serie B, owner Maurizio Zamparini hired the fiery coach to light a fire under the struggling Rosanero. His tenure was short-lived at the Renzo Barbera however, lasting only six games.

Stepping in as skipper of Greek Superleague side Crete, there were plenty of concerns over the club’s financial standing – a widespread problem plaguing the country of Greece to this day. This instability throughout the Club led the rugged Calabrese coach to voice an otherwise unpopular opinion over the matter. Lashing out to the media, Gattuso explained that regardless of the current situation, he demanded the maximum effort from his players. Consequently, it was a stance that undoubtedly raised some eyebrows, except for those familiar with his playing days.

Eventually, after Gattuso handed in his resignation only to change his mind shortly after, he officially stepped aside for good, citing the club’s overall financial troubles as the main reason behind his decision.

Gattuso returned to familiar territory on the Peninsula in an attempt to revitalize his managerial career, sliding in at then Lega Pro side Pisa for the 2015-16 term. Promotion to Serie B would be achieved for the first time in seven years by the Torri, besting Foggia in the promotional play-off final. However, the following season, the Nerazzurri finished in the cellar of Italy’s second division and returned to Serie C, prompting Gattuso to flee yet again.

Since May, Gattuso’s been at the helm of Milan’s Primavera side, moulding youth footballers and teaching them the importance of the red and black colours. But, in between his duties with the Under-19 team, whispers of Gattuso’s named continued to come about in the media as a possible replacement for Montella, in the unfortunate event the team failed to kick on and unsatisfactory results warranted a switch. Sure enough, Gattuso was summoned from the academy to help in a very difficult spot.

‘Rino’s’ appointment earlier this week made him the third member from Milan’s historic 2007 UEFA Champions League winning side to manage the Primavera and first-team after Filippo Inzaghi and Cristian Brocchi. Yet, Gattuso faces much more pressure than ever before.

Given the current state of affairs after failing to jump out the gates off a massive 200 million euro-plus spending spree, it was overtly obvious top targets like Carlo Ancelotti and current Chelsea boss Antonio Conte were pipe-dream picks to take up the role. While the two could certainly be in the running for the job this summer, provided the project is appealing and the club is stable enough to appease, it’s up to Gattuso to steady the ship, while also proving many –including any possible suitors – wrong in the process.

As a player, Gattuso’s symbolic work-rate, high-motor, and warrior-like spirit became fundamental elements of his game. The others in the squad undertook the bulk of the technical responsibilities. But, as a manager, he doesn’t have the presence of the Pirlo’s, Seedorf’s, Kaka’s, and Rui Costa’s of the world to lean on. Instead, Gattuso is on his own, and is out to prove his managerial abilities delve much further than ‘grinta,’ and motivation, something he quickly addressed at his first press conference.

“It’s ridiculous to me that all we ever bring up is my grit,” stated Gattuso. “They didn’t just give me my [coaching] license, I studied to obtain it.”

Gattuso is as passionate as any individual in football, and certainly, he has a chip on his shoulder stepping into this role. He’s out to prove, through his extensive playing career and coaching license, a well-roundedness and the possession of a repertoire that offers much more than motivational spirit in the form of the tactical means to manage at this level.

Gattuso’s future at the club will obviously come down to results. Ultimately, at the very least, the Italian will use this trial as an opportunity to address any doubts over his qualifications and prove to all there is more to the man Rino – the manager – than meets the eye.