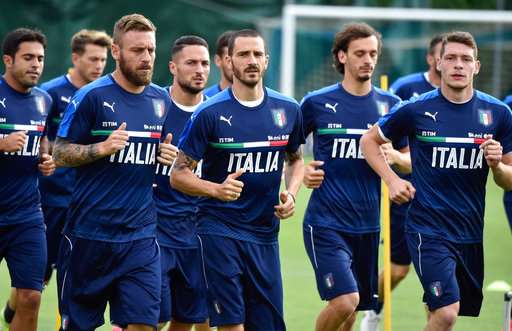 After finishing second in Group G of UEFA World Cup Qualifying, Italy will now enter the playoff in the hopes of punching their ticket to Russia 2018.

Since Italy is one of the seeded teams the possible teams they could draw are Greece, Sweden, Republic of Ireland or Northern Ireland.

The draw will take place on October 17th and be streamed live on YouTube while the possible dates for the playoff matches will be November 9-11 and 12-14.

At the moment the two possible rumoured venues for Gli Azzurri’s home match are Stadio San Siro in Milan and the Dacia Arena in Udine.

Netflix To Release Juventus Docuseries in 2018