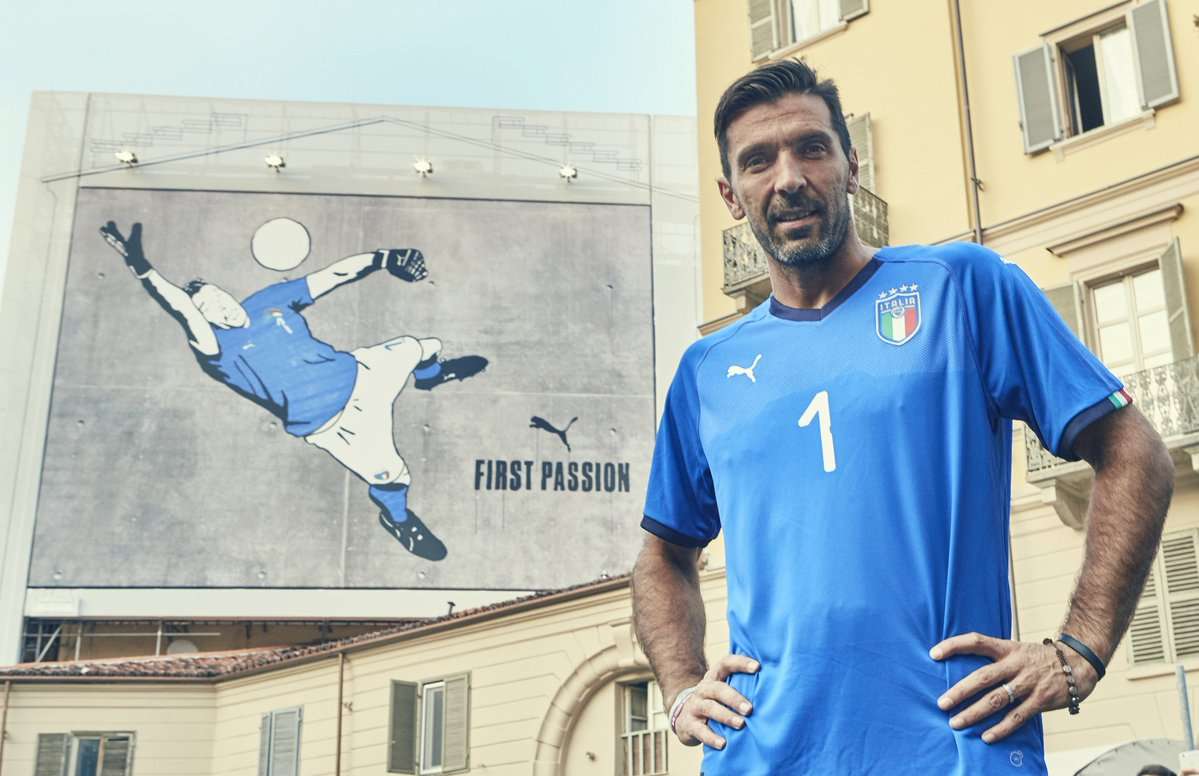 The Italian Football Federation has released the new home jersey for the Men’s National Team.

For the World Cup Qualifier against Macedonia tomorrow, only Gianluigi Buffon will be wearing the new shirt. The jersey will then be worn by the team in the following qualifier against Albania on Monday.

In addition, PUMA has asked the group “Kamp Seedorf”, a talented group of artists specializing in graffiti and football culture, to honor Buffon in a special way. In the capital of every country where Gigi played in a World Cup, a giant mural has been made representing Buffon in the famous Azzurri jersey.

If Italy qualifies for the 2018 World Cup in Russia, Buffon will become the first player to appear in six FIFA World Cups.

The jersey will be available to purchase online and in stores starting tomorrow, October 6th.