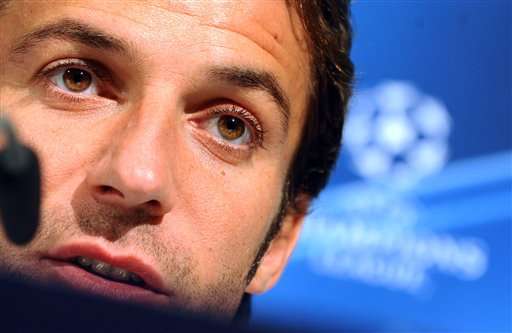 La Gazzetta dello Sport journalist Jacopo Gerna sat down to talk with Juventus legend Alessandro Del Piero in Los Angeles. Below are some excerpts which appeared in today’s edition of the newspaper.

While the introduction of VAR in Serie A has been somewhat controversial, Del Piero is “absolutely in favor [of VAR] but it must be clear when it can and cannot be used. It needs a clear protocol, otherwise, we will return to the usual controversy.”

Del Piero then touched upon the summer of 2006 saying, “We came back as World Champions demoted to Serie B without knowing why. But I did not hesitate for even one second to stay [at Juventus] when the management asked me what I wanted to do. I was the captain of a team that I felt deep inside me and with whom I won everything.”

Then the conversation moved towards the current Serie A season with Del Piero giving his opinion on Juventus, Dybala, and Napoli.

Due to Leonardo Bonucci’s move to A.C. Milan, Del Piero sees “a more vulnerable [Juventus] with respect to the past few years.” Nonetheless, he still views Juve “as the favorites but the gap has narrowed. This Napoli team can absolutely challenge for the Scudetto.”

Regarding Paulo Dybala wearing number 10 jersey at Juventus, Del Piero is “very happy. The number ten was mine, which was worn by Baggio, Platini and Sivori before me. And now there is a world-class player [Dybala] who can stay at Juventus for life if he wants to. I hope he finds in Turin what I had because nobody like him can enter the hearts of the fans.”

“Sarri is a very interesting person but above all is a football connoisseur,” noted Del Piero. “This season his players also have a greater awareness. Sarri has created an almost perfect machine but sometimes will have to improvise and trust his whole roster. I would also have liked to have him [Sarri] as a coach.”

And lastly, Del Piero was asked about if he’s thought about coaching, “Who knows, maybe one day…”