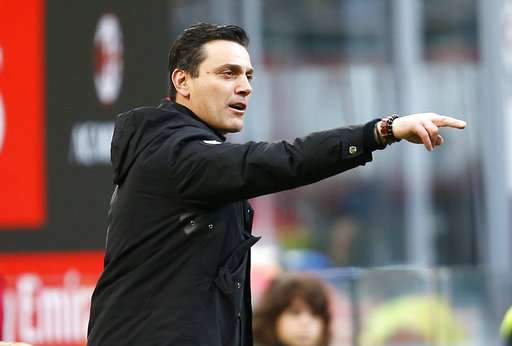 The former striker, who was sacked by Milan on November 27, will replace Eduardo Berizzo at the Spanish club.

“Thank you to Sevilla for giving me this opportunity,” Montella said in his Press conference this morning.

“In the short-term, my objective is to win and this is the ideal club for me to express my ideas of football. It’s a great chance for me. I am enchanted by the stadium, the club and the spirit of Sevilla, which I witnessed when Fiorentina came here in the Europa League.”