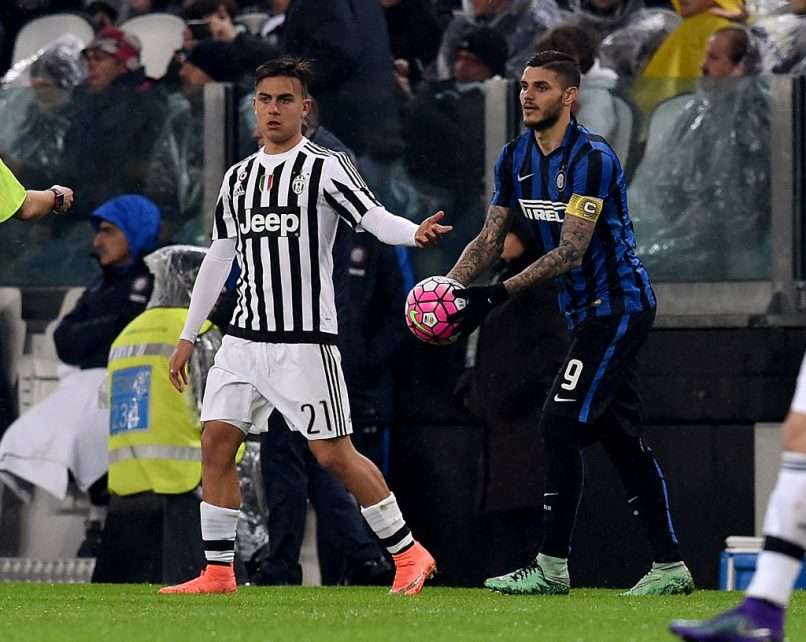 Friday night marks the first clash of the season between two of Italy’s most successful club sides. Juventus and Inter Milan will face one another in the Derby d’Italia in what promises to be a fiercely-contested encounter. Juventus currently lead Serie A by eight points, as they march towards an eighth consecutive league title. So, can Inter pull off a shock and stop them in their tracks?

Recent history suggests not. Since Juventus began their dominant era back in 2011/2012, Inter have beaten them just twice in the last fourteen league matches, and only once in Turin, a 3-1 triumph in November 2012. In that same period, Juventus have claimed eight victories of their own.

Yet it must be pointed out that Inter have not finished inside the top three since 2011, and have finished at least 23 points behind Juventus in the league over the past seven campaigns. This year, they have shown signs of progress, establishing themselves in third place, whilst looking as though they could push Napoli for second spot. Juventus remain out in front, but Inter may believe that they are ready to start closing the gap on their rivals.

After a slow start to life in Italy, Cristiano Ronaldo has returned to top form. In the opening fourteen league games, his contribution stands at ten goals and five assists. He has only failed to score in one league game since the start of October. Despite the Portuguese striker missing out on a record sixth Ballon d’Or at the start of the week to Luka Modric, Juventus manager Massimiliano Allegri expects Ronaldo to use the snub as “motivation to do even better this season and win the next Ballon d’Or with Juventus.” An ominous message for those set to face him. 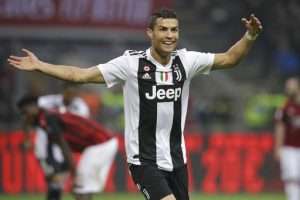 Ronaldo has made his mark already in Turin.

His next opponent will be Milan Skriniar. The Slovakian defender has been a standout performer for Inter since joining in the summer of 2017, with European giants such as Barcelona and Manchester United said to be keeping a close eye on his progress.

Inter have conceded just twelve goals in their fourteen matches to date. Four of those goals came in a horror show away at Atalanta, highlighting how for the main part, Inter have been very strong at the back this season.

Skriniar demands the best of himself, continually looking to improve, as emphasised in a recent interview when he admitted “I am not happy with the way I play now.” He seeks the perfect performance, and when facing Ronaldo on Friday, he may well need to produce it.

Since arriving at Juventus in 2016, Miralem Pjanic has become an integral part of the side’s dominance of Italian football. Sitting in front of the back four, Pjanic will often dictate the pace of the game with his composure on the ball and passing range coming to the fore. Allegri noted earlier this season how the Bosnian midfielder “has ironed out all the flaws from his game”, indicating how at the age of 28, Pjanic appears to be entering his peak years.

Meanwhile, Inter have their own playmaker in the shape of Marcelo Brozovic. Having impressed at the World Cup, Brozovic’s role at the club has been altered, with Luciano Spalletti moving him from the advanced midfield position that he often operated in last year, to the base of Inter’s midfield three. His development has been acknowledged by former Inter midfielder, Dejan Stankovic, a Champions League winner with the club in 2010, who has referred to how “everything now starts from Marcelo’s feet.” Brozovic is expected to initiate attacks for the team, and has excelled in doing so, playing a major part in Inter’s encouraging start to the season. 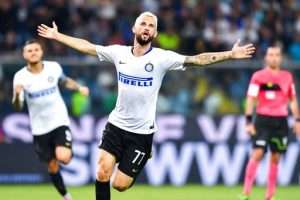 Brozovic has become a key figure in Inter’s midfield this season.

Pjanic has proven himself to be a master in conducting the Juventus midfield from deep, whilst Brozovic is rapidly improving during the early stages of his time in this position. Both can hurt teams if given time on the ball. It will be an intriguing battle to see which of the two can stamp their authority on this game.

How will it play out?

Juventus will enter the game as the clear favourites. They have made a record start to a Serie A season, dropping just two points so far, and are amongst the leading contenders to lift the Champions League trophy in early June.

Yet Inter seem to have turned the corner over the past year. After a period of relative mediocrity by their standards, the team have returned to the Champions League this season and held their own in a tricky group containing Barcelona and Tottenham. They also made a statement of intent by attracting a number of high-profile signings over the summer. A victory here would be a further indication that they are moving in the right direction.

The title appears a mere formality for Juventus again this season, but their reign at the top will have to be challenged at some point. Napoli gave them a scare last season, Inter will believe that they are next in line to make their move. Are they ready to do so? We might just get a glimpse into the future on Friday night.

Andrea Pirlo confirms Luis Suárez deal is unlikely, but an incoming striker is expected: “We’re not in a rush.”

Leicester and Roma in talks for winger Cengiz Ünder