Is time up for Di Francesco at Roma? 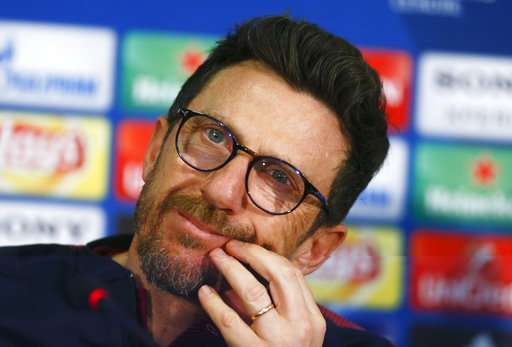 Roma have finished inside the top three in Serie A in each of the last five seasons. They even briefly threatened to win the league title for the first time in sixteen years back in 2017, eventually finishing four points behind Juventus.

Yet this season has been different. The side currently sit in eighth place, five points outside the Champions League spots, having mustered up just five wins from their opening fifteen games. After a worrying collapse last weekend, where Roma threw away a two-goal lead in the closing minutes against Cagliari, followed by a poor performance in the final Champions League group stage match, there are calls for Eusebio Di Francesco to go. So what has gone wrong this season, and is Di Francesco the man to turn things around?

Struggles against the bottom half

Di Francesco could only produce a wry smile when Cagliari equalised five minutes into added time on Saturday. He had seen it all before. Back in September, his side let a two-goal advantage slip at home to bottom club Chievo. Roma’s inability to see off the bottom half teams has been a major problem throughout the campaign.

As well as these two draws from winning positions, Roma have been beaten on the road by Bologna and Udinese, whilst surrendering meekly to a 2-0 defeat in Rome at the hands of SPAL. These five opponents all currently sit in the bottom eight places in the table.

When asked if he got his tactics wrong last weekend at Cagliari, Di Francesco responded: “it has nothing to do with this…when the concentration isn’t there, it isn’t easy to win games.” His argument that concentration was to blame may have been valid for that match in Sardinia, but given how often Roma have struggled against the lower-ranked sides this season, it seems that concentration levels are not the only issue holding them back. 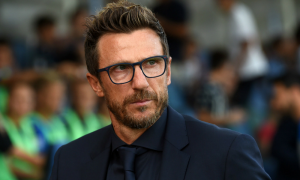 Di Francesco has been unable to deliver consistent results for Roma this season.

In comparison to the 2017/2018 campaign, Roma took thirteen points from the equivalent five games in Serie A. Their tally of a mere two this season highlights how far the team have fallen in the latter half of 2018.

Roma waved goodbye to one of their most influential players in the summer when Alisson joined Liverpool for a fee believed to be in the region of £67 million. A world-record transfer fee for a goalkeeper at the time, it seemed good business for the club. Five months later, it is not so easy to look at things so positively.

Only Sassuolo have conceded more goals than Roma out of Italy’s top thirteen clubs. With Alisson in goal, the team boasted the second best defensive record in the league last year, relinquishing just 28 goals. That figure already stands at 22 this season. Over in the Premier League, Liverpool have enjoyed an excellent start, conceding only six goals in sixteen games, as Alisson swiftly establishes himself as one of the finest goalkeepers in the division. 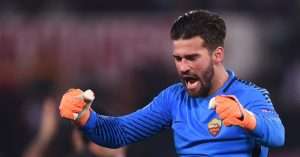 Roma’s defensive vulnerabilities have been exposed since Alisson left.

For the second time in as many seasons, Roma fans will be looking at Liverpool wondering what might have been. Mohamed Salah was sold to the Merseyside club in the summer of 2017, having contributed fifteen goals and thirteen assists in the league for Roma in the previous season. It is no coincidence that Roma netted just 61 times last season, in contrast to the 90 that they managed with Salah in their ranks. With every star player that Roma sells, their chances of competing for major honours continue to diminish.

Those of the opinion that Di Francesco warrants more time at the helm may point to the injury list that he has had to cope with in recent months. World Cup winner and veteran member of the squad, Daniele De Rossi, has not featured since late October, whilst striker Edin Dzeko’s last start came over a month ago, and summer signing Javier Pastore has been battling fitness issues ever since his arrival. 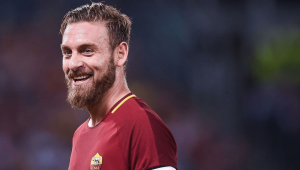 It would be overly-generous to Di Francesco to attribute all of Roma’s problems to injuries, but it has played a part in their demise since the summer. If Roma are able to get a fully-fit side out on the pitch at some stage, they may yet be a formidable outfit. It remains to be seen if Di Francesco will still be around to see that.

Another factor in Di Francesco’s favour is his ability to get Roma to produce when they need a big performance. During his eighteen months in charge, there have been several occasions where the team have needed to step up to the plate, and done just that.

Last season, Roma pulled off a miraculous comeback, overturning a three-goal deficit to eliminate Barcelona in the quarter-finals of the Champions League. They nearly repeated the trick in the following round against Liverpool, exiting the competition with their reputation enhanced after a historic run.

Similar displays have been delivered this season. Roma won the opening derby of the season, seeing off Lazio 3-1, whilst they have recorded creditable draws against Napoli and Inter Milan. Meanwhile, a narrow victory in a crunch clash away in Moscow secured Roma’s passage through to the knockout stages of the Champions League. These performances indicate how the players are still playing for the manager, and remain a force on their day. Are these irregular acts of defiance enough to save Di Francesco though?

Roma’s league game today against Genoa may well determine Di Francesco’s fate. A win and he will likely survive another week. Should Roma fail to get a positive result, it could be over for Di Francesco, with the team facing the daunting task of taking on Juventus on the 22nd.

Monchi, Roma’s sporting director, declared at the end of last month, “I believe we are in good hands” when referring to Di Francesco. Since then, the team have drawn both of their league games, with president James Pallotta letting his displeasure be known after the weekend’s capitulation, labelling the result “a disgrace”. Patience appears to be wearing thin. It might just be time to look elsewhere to turn Roma’s fortunes around.

“I can’t force him to stay,” Napoli president...