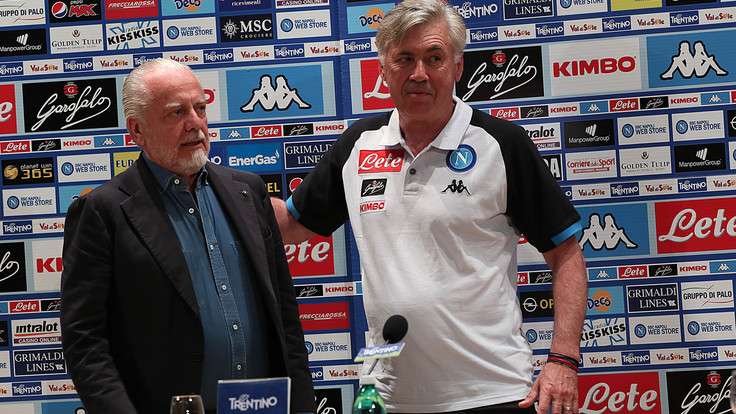 The season has started, the mercato has closed, and now….we breathe and reflect on the summer that was. This has been one of the Serie A’s most active mercato’s in ages, and to help get through it all, here is a break down of Napoli’s mercato and some insight.

This summer, Napoli started very quickly working on their incoming transfers, and maybe the most important one might be on the bench. Right after the season ended in late May, Napoli announced the signing of Carlo Ancelotti to be their new manager. The former Milan, PSG, Chelsea, Real Madrid, and Bayern Munich boss takes over for the much-loved Maurizio Sarri, who now plies his trade at Chelsea.

Ancelotti comes in with accolades never seen before by a Napoli manager. Three Champions League titles and domestic titles in 4 of the top 5 European leagues all sit in Carlo’s trophy cabinet. He also brings a change in mindset tactically.

The 59-year-old brings tactical variation and individual freedom to a side that was a regimented tactical spectacle the last three years under Sarri. The biggest test for Carletto will be if and how he can improve on a team that pushed Juventus to the edge last season.

Napoli and their transfer market was not without drama. Even after completing a few big signings early in the window, dreams of an Edinson Cavani return, and cryptic tweets by journalist Carlo Alvino had expectations in the bay of Naples very high. The main loss was the sale of Jorginho along with the departure of all 3 first team goalkeepers brought Napoli some challenges. So let’s break it all down.

The Azzurri did a lot of their business early this transfer market, most of their work being done before mid-July.

Their first move was to sign Simone Verdi from Bologna after a move failed to materialize in January. The versatile winger had a breakout season with the Rossoblu, scoring 10 goals and assisting another 10. The 26-year-old is also a two-footed player, once scoring a free kick with each foot in the same game last season. He brings serious cover to both wings, and could breakout even further under a tactically flexible coach like Carlo Ancelotti. The other attacking option brought in this summer was Amin Younes. The German international winger joined Napoli on a free transfer, but it wasn’t without some drama. Much like Verdi, this was another player that seemed to be joining in January, but left the city after arriving for his medical, to then spend the rest of the season at Ajax. After he recovers from a knee-injury, Napoli tifosi hope he can redeem himself on the pitch.

In midfield, and in the wake of losing Jorginho to Chelsea, Napoli’s most exciting move, was to bring in Fabian Ruiz from Real Betis. He really showed last season he has the potential to be one of the better number 8’s in Europe. He is keen to take on players, create with dazzling passes, and can take a crack at goal as well. Another player really in the mold of what Carlo Ancelotti likes in a player. The 22-year-old Spanish midfielder brings another quality profile to an already extremely talented midfield.

Napoli also brought in three goalkeepers this transfer window, after losing their entire goalkeeping unit in Reina, Sepe, and Rafael. First brought in was Alex Meret. The 21-year old is a very promising keeper and could be the future of Napoli at this position for the next decade. He suffered a freak arm injury in his second practice, which led to a little last-minute turmoil. Orestis Karnezis was brought in as some cover, but after a shaky pre-season, in which he conceded 9 goals, David Ospina was brought in from Arsenal on deadline day to bring a proven international keeper into the mix.

After bomb emojis from Carlo Alvino, and small hopes of signing Cavani or Andrea Belotti, it felt like Napoli’s market missed a little something. After the loan of Roberto Inglese to Parma, it leaves Napoli a little thin up top, especially considering Arek Milik’s injury record.

The Campanian side did reinforce, however, and possibly have a deeper, more versatile team than they have had in a long time. Personally, I think Fabian Ruiz, Alex Meret, and Simone Verdi are going to be massive parts of Napoli’s immediate future and could prove to change this grade long term to something like an 8/10.

I was going to settle on a 6.5, but I think the addition of Ancelotti has been quite overlooked. He brings calm and experience to this side that we have never seen in a manager at Napoli. His acumen and winning pedigree should help continue to change the mentality of this club, and a finish in the top 4, with a fairly deep run in the UCL, would be my season expectation for Napoli.

Napoli identify Milenkovic as a replacement for Chelsea...

Atletico Madrid join Napoli in the race for...