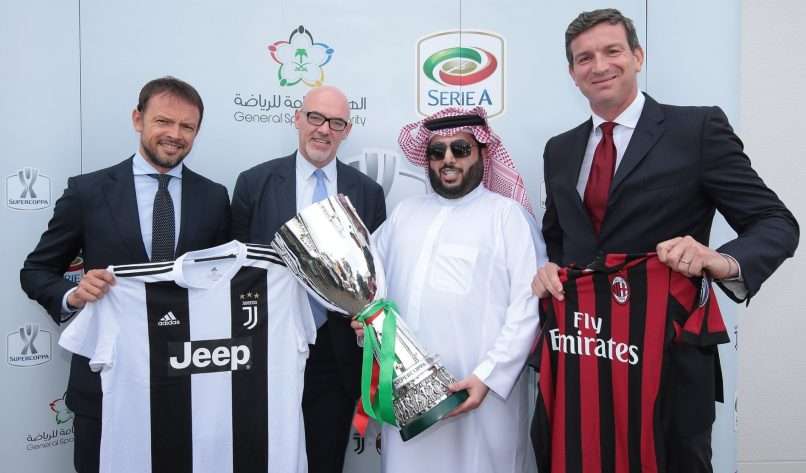 On June 6, 2018, it was announced that the Italian Super Cup would be played in Saudi Arabia in January 2019. The match will feature Juventus and Milan, a repeat matchup of the last edition which was played in Rome.

On October 2nd, Washington Post journalist Jamal Khashoggi entered the Saudi Arabian embassy in Istanbul, Turkey and was never seen alive again. The Saudi government, after first denying any knowledge of the event, later admitted that Khashoggi was killed in the embassy. Despite claims from the Saudi government that a “fist-fight” led to Khashoggi’s death and that Crown Prince Mohammad bin Salman had no involvement, most countries around the world have condemned the actions of Saudi Arabia. The Central Intelligence Agency of the United States also concluded that the Crown Prince ordered the killing himself.

The murder of Khashoggi was a clear attack on the free press, and Saudi Arabia has been going after dissidents for years. “Even before the horrific killing of Jamal Khashoggi, Saudi Arabia had a truly appalling human rights record,” said Allan Hogarth, Amnesty International UK’s Head of Advocacy and Programmes. “Big clubs like Juventus and AC Milan need to understand that their participation in sporting events in the country could be used as a form of ‘sportswashing.’ We’d urge these Italian clubs to think twice about the signal this sends out to sports fans across the world and the brave activists who stand up for human rights in Saudi Arabia,” Hogarth added.

In addition, the Italian state TV’s journalists’ union said last month that it was “absurd” and “inacceptable” for the game to be played in Saudi Arabia following Khashoggi’s killing. In solidarity, Italian journalists should boycott the match and refuse to attend. Participating in a sporting event as a journalist in the country’s capital, Riyadh, sends a signal to the Saudi government that there are no serious repercussions for murder and political assassinations.

Beyond the murder of Khashoggi, for over three years Saudi Arabia has been committing war crimes and human rights abuses in Yemen, killing thousands and forcing millions into starvation. The United Nations has repeatedly stated that the unfolding catastrophe in Yemen is the world’s most serious humanitarian disaster. Playing a cup final in a country that is currently attacking and killing civilians in a neighboring country is an abdication of moral standing and an ethical abomination.

Last month, Amnesty International said that women activists have been beaten and tortured during interrogations. Yet less than a month ago, every Serie A player wore red face paint as part of a campaign against violence against women. In their statement, the league said, “The initiative aims to raise awareness among the general public about the problem of violence against women.” Could Serie A possibly be more tone-deaf? The irony here is painful. Even just two years ago, only one Serie A team, Fiorentina, was sporting a women’s team. Juventus, Milan, and Roma have each introduced their own women’s teams recently but Italy is still far behind the likes of England and France in terms of a women’s soccer league. How can Serie A try to promote awareness against violence against women, and their own women’s league, while playing the Italian Super Cup in Saudi Arabia?

To make matters worse, the statement in June disclosed that Serie A agreed to a deal with Saudi Arabia’s General Sports Authority to host three of the next five Super Cups for a reported profit of €20 million, which isn’t even that much revenue for three cup finals. For comparison, a talent agency based in Beverly Hills, California, Endeavor gave back $400 million that the Saudis invested in the company.

Considering these recent events, the league should have terminated the deal, but instead decided to confirm the match to be played on January 16, 2019. Sadly, it seems Serie A values money over human rights, protecting a free press, violence against women and much more. The Italian Super Cup should not be played in Saudi Arabia. It will be a disgrace to players, the league, and all of Italy should it happen.