Praising Gattuso: Can Milan Pull Off a Miracle? 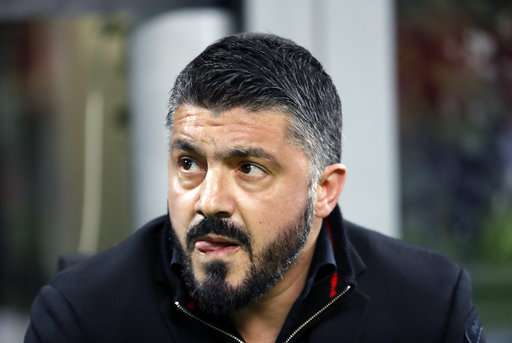 Ahead of Saturday’s clash between AC Milan and Juventus in Torino, Gennaro Gattuso has inspired the Rossoneri to claw back to within 5 points of a Champions League spot, with ten Serie A matches left to play.

After taking over in late November for Vincenzo Montella, who always seemed tactically confused by the plethora of summer signings, Gattuso oversaw the low point of the season for the Milan side during his first match in charge.

The December 3rd trip to Campania saw Benevento earn their first points of the season after losing fourteen straight to start the campaign, leaving the Rossoneri shocked. Gattuso declared “it would have been better to get stabbed” than to concede the 95th-minute equalizer to the home team’s goalkeeper, Alberto Brignoli.

Circumstances did not improve as Milan continued to drop points in the month of December with league losses against Hellas Verona and Atalanta, then ending the month with a draw against La Viola of Fiorentina. As of December 18th, Milan stood 14 points out of the final Champions spot.

Reports circulated, though the club denied, that Gattuso had offered his resignation following the lackluster start. Milan then canceled their annual Christmas dinner, sending the players to train at Milanello “until further notice.”

From that point, Rino clearly made a change both behind scenes and in the public eye, turning the tide on the work ethic and motivation for his team. The Azzurri legend, known for his drive and controversial, combative past, was back to his old antics with Conte-esque liveliness on the sidelines and headlines reading “Gattuso: Milan players can slap me.”

The team has certainly found a winning mentality, going unbeaten in their first eleven matches of the New Year. The run saw league wins over Lazio, Sampdoria, and Roma; as well as a win after a penalty shootout in the capital against Lazio, which would send the side through to the final of the Coppa Italia against defending champions Juve.

Gattuso has also managed the breakout of Milan’s young stars like 20-year-old Patrick Cutrone, who has netted thirteen goals in all competitions. More recently, even Andre Silva has broken onto the scene, netting two late goal winners for the Rossoneri in the side’s last two Serie A matches, while Nikola Kalinic has largely remained on the bench despite his €25 million price tag. Summer signings like Hakan Çalhanoğlu and Leonardo Bonucci are finally beginning to look settled under Gattuso’s system as well.

The only letdown in this masterful run of form was the Europa League exit at the hands of Arsenal. Milan got the job done in group play and easily handled Ludogrets in a first-round matchup. But the New Year unbeaten streak came to an end in a 2-0 loss to the Gunners at the San Siro. The match showcased an offense that was unlucky to score and youngster Davide Calabria, who was consistently caught out. The following trip to the Emirates saw the Rossoneri gain early momentum off a Calhanoglu wonder strike, only to lose it all on a dumbfounded penalty call right before the half. Regardless, Milan did not look the deserving side against a tough Round of 16 opponent, which they lost 5-1 on aggregate.

Coming down the stretch, Milan have a difficult string of games. The next four matches include an away trip to league-leaders Juventus, the rescheduled Derby della Madonnina versus Inter, and a home battle against second-place Napoli. If Milan were to catch the Nerazzurri for the final Champions spot, it would be nothing short of miraculous.

With future uncertainty surrounding the club’s finances and continuous rumors of a possible summer exit for Gianluigi Donnarumma, one thing is for sure: Rino Gattuso, who many doubted based on past coaching records, and rightfully so, is making a solid case to be the Rossoneri coach of the future.