Takeaways From the International Break 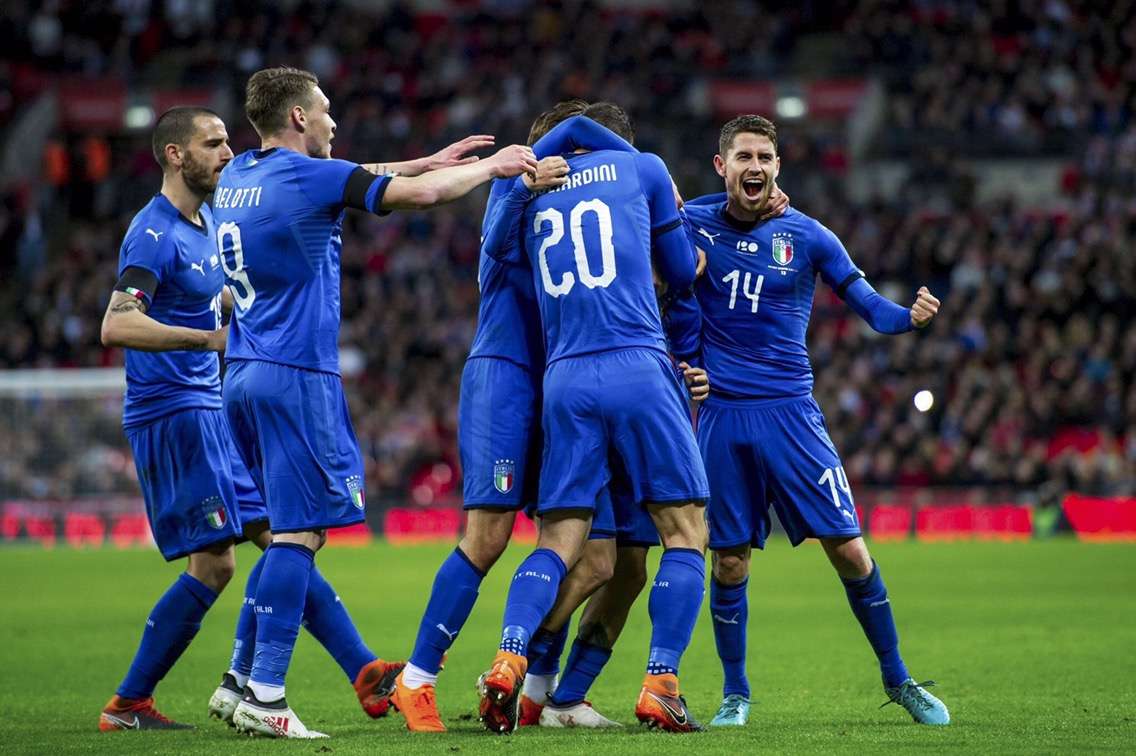 After the disastrous failure to qualify for the 2018 World Cup, the Italian National Team set out to play two friendly matches under interim coach Luigi Di Biagio.

The first match against Argentina resulted in a 2-0 loss after conceding two second-half goals while the second match against England ended in a draw after Italy was awarded a fortunate penalty decision following a VAR review.

Here are my main takeaways from an uninspiring international break for Gli Azzurri:

Di Biagio Should Not Be The Next Coach

Granted he has only been in charge of the senior side for two matches but if you also consider his time with the Azzurrini (U-21 side) there is not much to marvel about. He simply hasn’t shown enough in his managerial career to be granted the job to rebuild the national team from its lowest point in decades.

This Rebuilding Stage Will Not Be Short or Easy

Obviously, the first step is naming the next head coach, which may be done by May 20.

FIGC vice-commissioner Alessandro Costacurta: "We will know the name of the new [national team] coach on May 20. If we have the opportunity to get someone better than Di Biagio, and I don’t think there are many, then we will."

Once that is settled, there will be many problems to fix and questions to solve. Even putting aside team selections, it is evident that there are deeper problems within the entire federation. Hopefully, the new federation president and head coach and make significant structural changes for a beneficial rebuild.

Mentality Towards Friendlies Needs to Change

This may never happen. But it’s still worth mentioning every international break. The attitude towards friendly matches from the Federation down to the coaches and players is abysmal and detrimental. The ingrained mentality of the matches being meaningless is a terrible mindset that seeps into everything the National Team does.

Youngsters Need To Be Given A Proper Chance

It was great to see 20-year-old Federico Chiesa deservedly earn his first senior cap and show his worth on the pitch. Instead of playing over-the-hill guys like Marco Parolo and Antonio Candreva, youngsters should be given the chance to prove their worth on the international stage. This rebuilding stage is the perfect moment to usher in the younger generation.

Italy Needs to Learn How To Score Again

Gli Azzurri set a new record in its 108-year history. 374 minutes without scoring a single goal. After not finding the net in back-to-back matches against Sweden to miss out on the World Cup, Italy were also shutout by Argentina before breaking the drought from the penalty spot. Despite being a goal-scoring machine for Lazio, Ciro Immobile has been dreadful for the national team lately. He squandered three golden opportunities against England in the opening quarter-of-an-hour. Mario Balotelli and Simone Zaza have been banging in goals in league play, do they deserve second chances?

Parolo Should Not Wear The Azzurri Shirt Again

The midfielder is now 33-years-old, he simply is nowhere near the international level anymore. Despite a poor performance against Argentina, he was awarded another start against England and put on a disastrous display. Besides this, there are younger and more-talented players who deserve a chance during this rebuilding stage such as Bryan Cristante, Manuel Locatelli, Giacomo Bonaventura and others.