The Story of Andrea Silenzi: The First Italian To Play in England 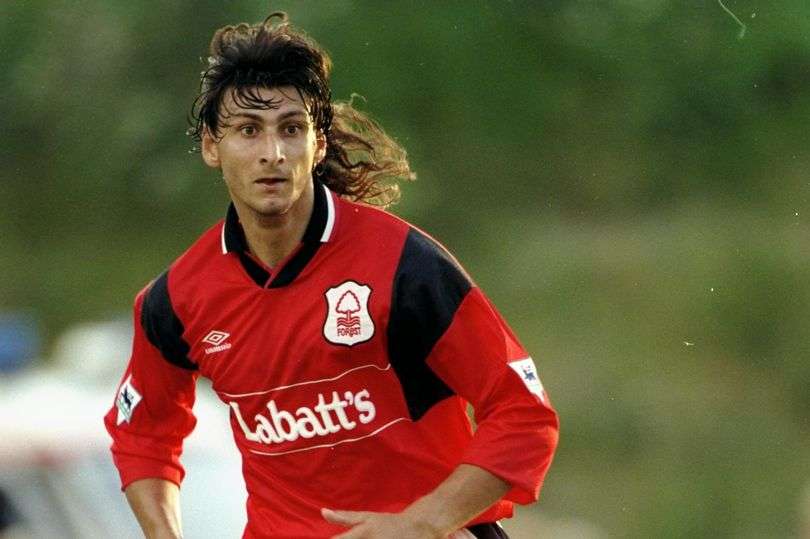 Nottingham Forest’s signing of Andrea Silenzi in the summer of 1995 was a big deal. He was an Italian international playing at a time when Serie A was widely accepted as the best league in the world. As such, his decision to leave Italy for the Premier League was seen as a potential game-changer. Even Silvio Berlusconi, former Italian Prime Minister and then owner of AC Milan, felt obliged to weigh in on the transfer, saying: “With the lira’s weakness, foreign teams can now buy our best players. We must come to terms with the German, French and English clubs.”

Silenzi was the first Italian to play in England’s top flight, and his ground-breaking arrival prompted many of his compatriots to follow suit. Within five years of his move, the likes of Paolo Di Canio, Benito Carbone, Gianfranco Zola, Fabrizio Ravanelli and Gianluca Vialli, among others, had all rocked up at Premier League clubs.

Nottingham Forest started a revolution of sorts, but their new striker would not fit in. Indeed, within just one year of signing, the player was shipped out on loan to Venezia. And, when he refused to return at the end of that temporary spell away, his contract was ripped up.

Few predicted that Silenzi’s spell in the Midlands would be so disastrous. After scoring consistently in Serie B with Reggiana and playing alongside Diego Maradona at Napoli, he had earned hero status at Torino for his scoring exploits. In his first season with the club, he helped them to victory in the Coppa Italia, finding the net twice against Roma in the final. Then, in his second term, he was one of Serie A’s top scorers – only Zola and Giuseppe Signori hit more than his 17 goals, which saw him equal Roberto Baggio’s record for the campaign.

His form for Torino led to a call-up to the Italian national team as Arrigo Sacchi prepared his squad for the 1994 World Cup in the USA. While Silenzi did not go to that tournament, the fact he was even on the periphery of the discussion was a large indicator of how highly-rated he was by around the middle of the decade. And, while his last season in Turin was disrupted by injuries, his signing for Nottingham Forest was nevertheless seen as a bit of a coup.

Forest were in desperate need of goals having lost Stan Collymore to Liverpool for an English record transfer fee of £8.5m. Collymore had been one of the Premier League’s top scorers in 1994/95, with his 22 goals helping his club to a surprising third-place finish. Silenzi was brought in for a mere £1.8m in comparison, to help fill the void.

However, then manager Frank Clark saw the 29-year-old as more than a finisher of chances. Standing tall at 6ft 3in, the Italian – known in his home country as ‘Pennelone’, or ‘Big Brush’, for his height – was also expected to add quality hold-up play and aerial prowess to the frontline. “There are not many stronger players in the Premiership than Andrea,” Clark said. “You look at the power in his legs and you know he’ll cope. I think he’ll score goals, though he can also lead the line.”

The idea was that Silenzi would get on the end of Steve Stone and Ian Woan crosses, and thus link up well with Dutch forward Bryan Roy. Neither happened, and Clark’s hopeful discourse regarding Silenzi’s qualities never materialised. The Premier League’s first Italian looked the part, with his huge frame, long hair and nonchalant appearance, but he was not effective. Yet even worse than the lack of effectiveness was his perceived lack of enthusiasm.

Nottingham Forest paid Silenzi £30,000 per month, which was a small fortune back then, and he failed to show that he deserved it. The scoring capability he had demonstrated in the top two divisions of Italian football was nowhere to be seen in England – his one season at the City Ground produced just two goals, both of which came in cup competitions against lower league opposition. In addition to that, the line-leader that Clark had hinted at was absent – the player frustrated teammates and fans with a perennially poor touch.

It is worth noting that there was nothing like the amount of information on players in the mid-90s available to clubs as there is now. Today, anyone with the right access can watch games and scout individuals playing football across the globe, but Silenzi moved to England at a time when the art of scouting was purely conventional. As a result, the player’s reputation as a top-level Italian No.9 meant that expectations were extremely high, and he was unable to live up to them.

Another factor that was perhaps not assigned the correct amount of importance at the time was the cultural and tactical differences between the countries. It was assumed that Silenzi would be able to score as regularly in England as he had done in Italy, though this assumption failed to take into account his unique style of play and personality.

Vialli, who turned out to be one of the more successful Italian imports to the Premier League, wrote extensively about the footballing differences between the two nations in his book, ‘The Italian Job’, written with Gabriele Marcotti. In that book, Marcel Desailly, who played for both Milan and Chelsea, compared the different approaches the two clubs took to training.

“In terms of technique and tactics, well… I could see it myself when I compared what the youth team players at Milan and Chelsea did,” Desailly said. “At Milan, they trained exactly the same way the first team did. At Chelsea, they’d take two laps around the pitch, throw on bibs and off they’d go for a full-pitch scrimmage. Every single day.”

Silenzi simply was not stylistically cut out for English football, but he also never quite got over the injury problems that disrupted his final season with Torino. Both of these realities led to his failure to settle at Nottingham Forest, which cannot be characterised as anything other than a colossal error in transfer judgement.

Ultimately he made just three Premier League starts, in which he picked up more yellow cards (one) than goals, before returning to Italy. He never quite re-found his best form, bouncing around Reggiana, Torino and Ravenna before retiring in 2001. Since then, he has worked in the background at several clubs as a director.

There are two very different ways to assess Silenzi’s time in England. He was one of the worst signings in Premier League history. However, as the first Italian to play in the league, he was also a pioneer.

The Get Italian Football News Awards 2018 – The Nominees