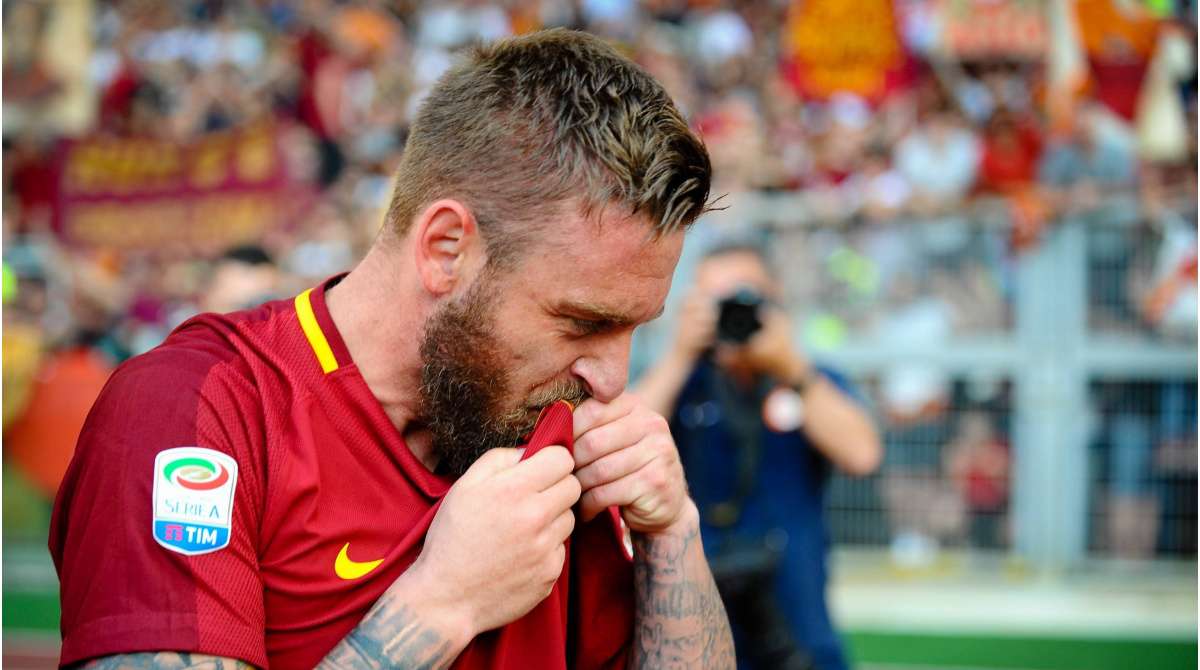 18 years ago, Roma won their third and most recent Scudetto, with Fabio Capello leading a team containing the likes of Francesco Totti, Gabriel Batistuta and Vincenzo Montella into the history books. That same year, a young midfielder walked into his hometown club for the first time. His name: Daniele De Rossi. 615 appearances later, his own legacy has been cemented.

Yet on Tuesday, the end of an era was confirmed. De Rossi will be leaving Roma in the summer, which has been greeted with a mixture of anger and disgust by the Roma fans. Are they right to be so upset, or is it the time right for Roma to part ways with their captain?

Ever since breaking into the Roma first team in the 2003-04 season, De Rossi has been a hit with the fans. He became a mainstay at the heart of the midfield, combining his ability to remain calm in possession and read the game better than those around him, whilst also displaying the type of passion that all supporters can connect with.

Such qualities saw him called up to the Italian national side for the 2006 World Cup, making him the youngest member of that squad. He was sent off in the second group game, missing the next four matches, but he returned to the side in the final, playing an hour and netting a penalty in the shootout as Italy claimed their fourth World Cup. Even at the age of 22, De Rossi was trusted in the big moments. 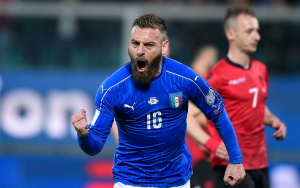 In the following two seasons, De Rossi won the Coppa Italia with Roma, and he went on to win the Serie A Footballer of the Year in 2009. He was at the peak of his powers. Current Italy manager, Roberto Mancini, spotted that as well. “I remember I wanted him at Manchester City because I always considered him one of the best midfielders in the world”, he admitted earlier this week.

Was De Rossi ever going to realistically turn his back on Roma though? Instead he decided to stay in Rome, looking to drive his team towards a Scudetto that had eluded him throughout his career. De Rossi, alongside Totti, ensured Roma became a consistent outfit, regularly challenging at the top of the table. Time and again they were thwarted, finishing runners-up to Juventus, but De Rossi did not seek a move. He established himself as Roma’s leader, eventually taking the armband from Totti when he retired in 2017.

De Rossi has done an admirable job since Totti departed. It was never going to be easy to replace Roma’s favourite son, but he led his side to a Champions League semi-final in his first full season in the role, scoring a goal and providing an assist in Roma’s historic victory over Barcelona in the last eight.

Yet now another of Roma’s leaders is bowing out. When Totti left, there was the feeling that he was forced out. He had been reduced to largely cameo appearances in his final season, but he had shown glimpses of the magic that he could produce, and Roma’s fans had hoped that this would be rewarded by granting him another year at the club. That did not happen. The same has happened to De Rossi. 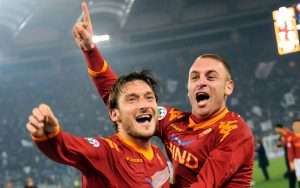 Roma’s two most capped players have been iconic leaders at the club.

In recent years Roma have all too often let their best players leave the club. Mohamed Salah left in 2017 and is now recognised as one of the best wingers in the world. Alisson made the same move a year later, going on to keep the most clean sheets in the Premier League this season. However, it is just not just quality on the pitch that Roma are losing. They are also bidding farewell to their leaders in the dressing room.

Just last summer, the club sold Radja Nainggolan and Kevin Strootman. Nainggolan has divided opinion over the years, but was clearly a big influence both on and off the pitch. Strootman struggled with knee problems during his time in the capital, yet was still a popular figure with his teammates. There were reasons to let these players go, but their leadership qualities were evident, meaning that their departures were criticised by supporters.

Roma’s current manager, Claudio Ranieri, who will also leave at the end of the season was asked for his thoughts on the De Rossi situation. “I would’ve said that I wanted him because I know what kind of man and player he is.” There lies the problem. Managers and fans can see what De Rossi still has to offer, but ultimately they seem to have been overruled by the board. Roma letting their best players and best leaders leave has not worked. Sticking with the same policy is likely to continue to hurt the team.

A Season of Struggle

Having outlined De Rossi’s attributes both on and off the field, it may seem hard to understand why he has not been granted a contract extension. It cannot be denied that this has been a difficult season for Roma and De Rossi though.

The team currently sit 6th in the table with two matches to play, and look set to miss out on Champions League football for the first time since 2013. De Rossi has played his fewest number of league games since breaking into the team 15 years ago. Having been hampered with injuries on a regular basis this year, it has been a frustrating campaign for the veteran midfielder. With that said, De Rossi reportedly offered to extend his contract on a pay-as-you-play basis but did not hear anything from the management for over a year.

In his absence Roma have tried to piece together a midfield, only to see Steven N’Zonzi, Bryan Cristante and Javier Pastore struggle to make an impact in their debut seasons at the club. By signing those players last year it did seem to suggest that Roma were looking towards a future without De Rossi. Perhaps it should be no surprise that he has now been deemed surplus to requirements.

Roma’s final game of the season will be at home to Parma next weekend. The scenes at the final whistle in 2017 when Totti graced the Stadio Olimpico pitch for the final time remain fresh in the memory. De Rossi will get his moment as well.

There is still a chance that it will be a double celebration, with Roma somehow making the top four and snatching a place in the Champions League. The more likely scenario is that this time will be used to solely celebrate the fantastic career that De Rossi has had.

De Rossi said this week that he “still feels like a player”, so it appears that he will finish his playing career at another club. This is a shame, as bringing down the curtain on his footballing journey where it began, in front of the adoring Roma fans, would have been a fitting end.

Yet no matter where he goes, De Rossi and Roma will always have a special connection. As the player himself put it, “Roma and I chose each other…I wouldn’t change anything about staying loyal to this team”. Fine words from a fine player. He will be missed.