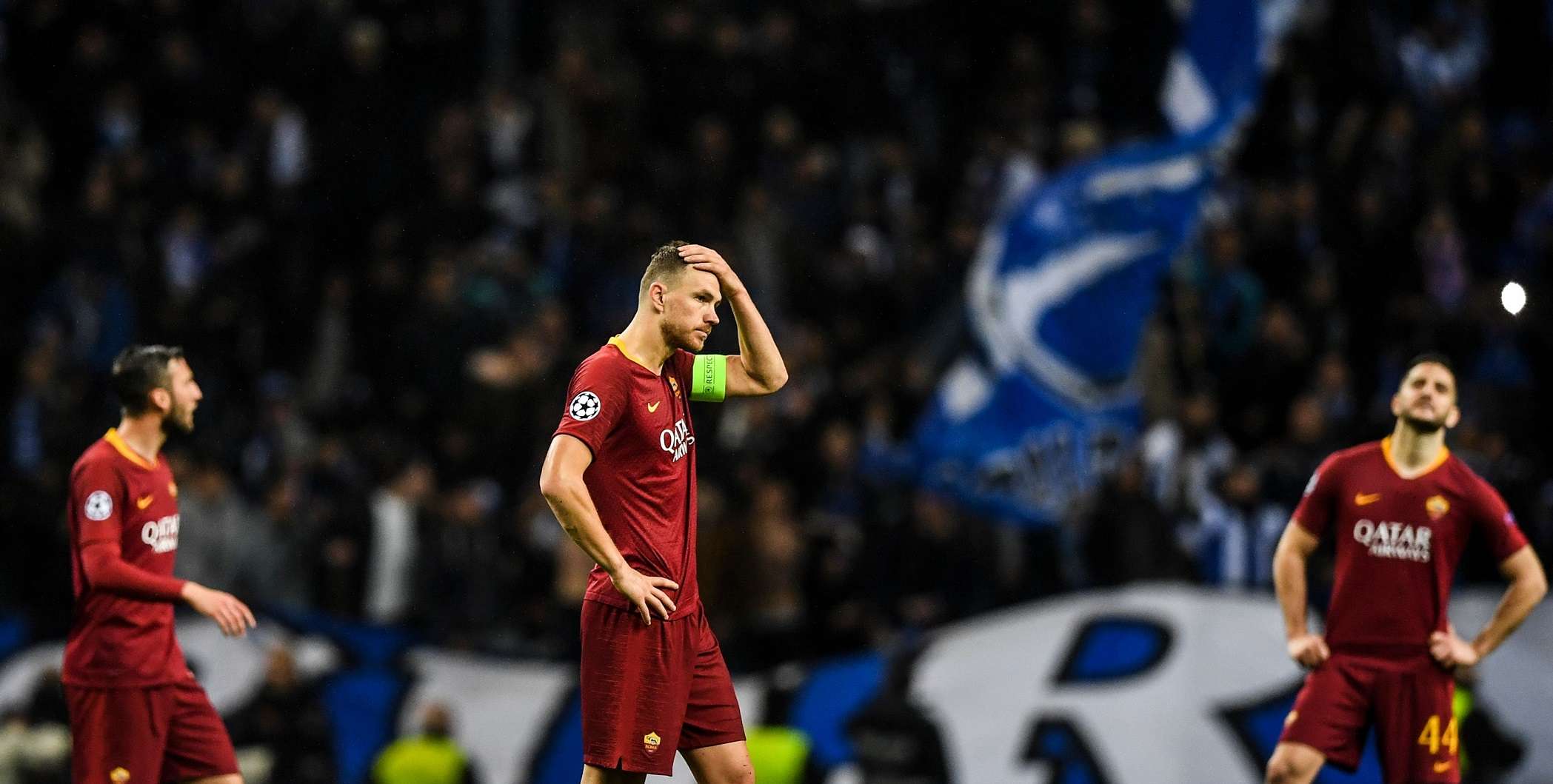 Eusebio Di Francesco saw his tenure as Roma’s manager come to an end as his Roma side were knocked out of the Champions League at the last 16 stage by Porto on Wednesday night. Despite coming into the second leg with a 2-1 lead, Roma were unable to maintain their advantage, losing 3-1 on the night after extra time, meaning they exited the competition 4-3 on aggregate.

Many expected this to be Di Francesco’s last chance to keep his job. Roma currently sit outside the top four in Serie A, and suffered a humbling 3-0 derby defeat to Lazio on the weekend. They were able to recall Konstantinos Manolas for this game, who missed that loss, but it was not enough to help the side turn their fortunes around.

Indeed it was Manolas who was at fault for Porto’s opener. The Greek defender was caught in possession, allowing Moussa Marega to run through and square the ball for Tiquinho Soares to tap home. This was no more than Porto deserved, having been on top since the kick-off.

Now Roma needed a goal to keep their hopes alive, and it duly arrived in the 37th minute. Diego Perotti was foolishly tripped by Eder Militao, leaving Daniele De Rossi with the chance to draw Roma level from the penalty spot. Roma’s captain took the opportunity impressively, sending Iker Casillas the wrong way after a stuttering run-up.

Roma were back in control of the tie, yet they started the second half slowly, handing the initiative to Porto. The Portuguese outfit did not need a second invitation and levelled the tie once more after 52 minutes. Jesus Manuel Corona’s pinpoint cross found an unmarked Marega, who volleyed home from inside the six-yard box. With extra time beckoning, it was Porto who continued to look the more likely, though Robin Olsen was up to the task, ensuring that 30 more minutes would be required to settle matters.

Having been largely outplayed during normal time, Roma started to offer more of a threat in extra time. However, they were made to rue some poor finishing, with Edin Dzeko, so often Roma’s talisman in Europe, the guilty party. He squandered two chances in as many minutes, first creating space for himself before firing over the bar, and then failing to get enough off on his dinked finish past Casillas, giving the Porto defence enough time to get back and clear their lines.

Those misses would prove costly, as Porto rallied to score the decisive goal in the 117th minute. Alessandro Florenzi’s unnecessary tug on the shirt of Fernando went unspotted at the time, but with the use of VAR, the referee overturned his original decision and pointed to the spot. Alex Telles converted the penalty to put Porto in front in the tie for the first time.

The drama was not quite over. Roma appealed for a penalty of their own in stoppage time, Patrik Schick claiming that his heels were clipped in the box. After consultation with VAR, the referee waved play on, and Porto’s passage to the quarter-finals was assured.

On Thursday, Di Francesco was informed that his time at the club was up and Claudio Ranieri has been appointed until the end of the season. The Italian, who won the Premier League title with Leicester in 2016, has 12 games to get Roma into the top four, starting at home to Empoli on Monday night.

Napoli move towards the last 8, Inter hold firm in Frankfurt

Napoli swatted aside Red Bull Salzburg 3-0 on Thursday night to take complete control of their Europa League round of 16 tie. Fabian Ruiz scored the pick of the goals, with a fine guided volley from the edge of the area. Arkadiusz Milik’s composed finish and an own goal from Jerome Onguene rounded off the scoring. Red Bull Salzburg overturned a 3-1 first leg deficit last season against Lazio; they will have to produce an even better comeback to overcome Napoli.

Inter Milan’s last 16 clash with Eintracht Frankfurt remains in the balance after the two sides played out a 0-0 draw in Germany. Inter’s best chance came from the penalty spot, but Marcelo Brozovic’s penalty was kept out by Kevin Trapp. Frankfurt came on strongly after the break, yet could not find the net to take an advantage into next week’s return match in Milan.