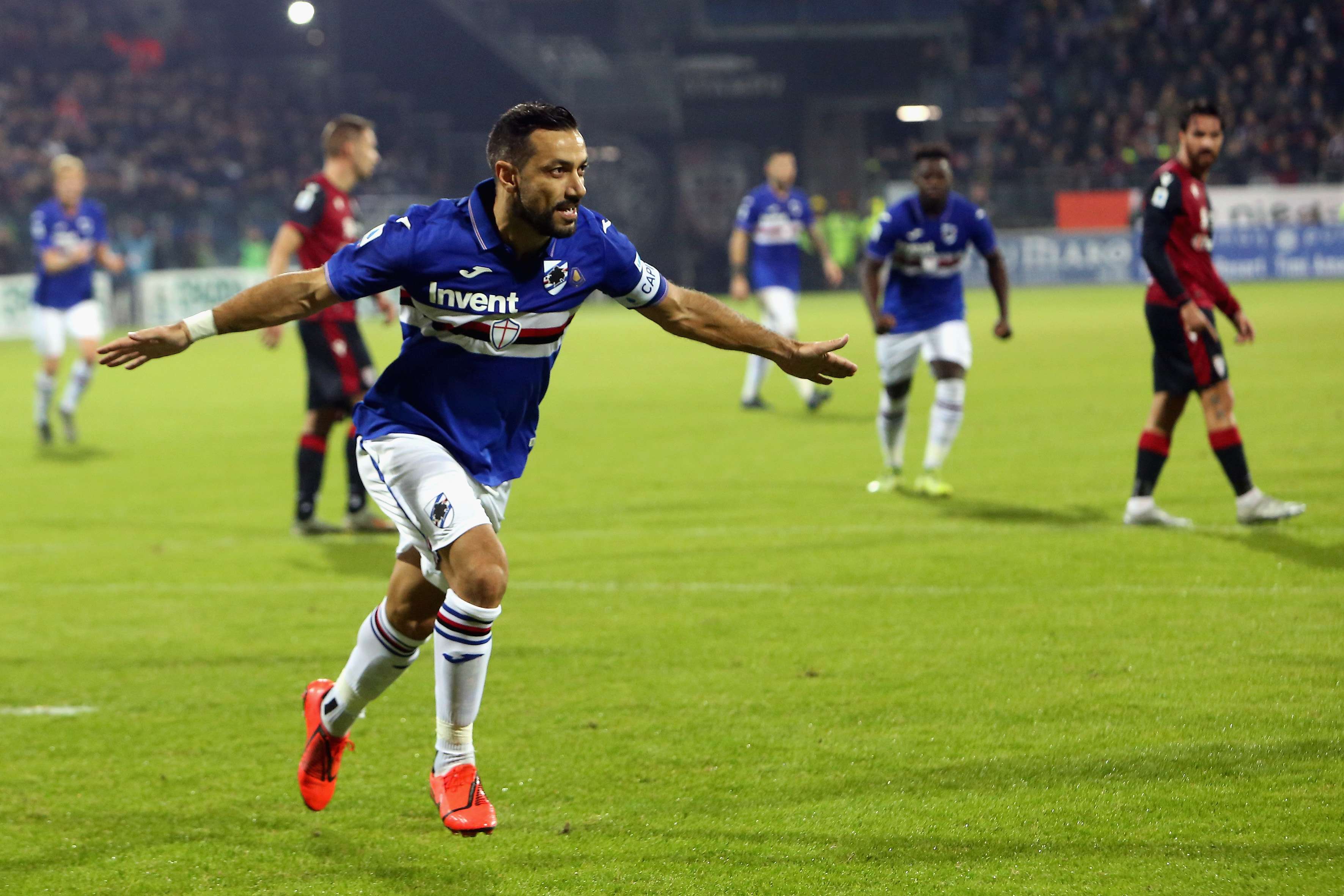 Sampdoria were languishing at the foot of the Serie A table when Claudio Ranieri took over in October. They’ve since clawed their way out of the relegation places although their place in the league standings is still a precarious one. If Ranieri’s men are to continue to pull away from danger and cement their place in the top-flight, they will need Fabio Quagliarella to maintain the Indian summer to his career that he enjoyed last season.

At the age of 36-years-old, Quagliarella isn’t quite withdrawing his pension, he’s positively youthful in comparison to his 41-year-old former Juventus team-mate Gianluigi Buffon. It is true though that there aren’t many strikers still finding the net as regularly in their mid-thirties in any of Europe’s top leagues. The veteran’s numbers last season were nothing short of sensational, he was a talisman for Samp as they finished in a credible 9th place and although a repeat of his goal tally would be too much to ask, he can still be the man to fire Ranieri’s side up the table.

In his stellar 2018/19 season Qualiarella became Capocannoniere with an impressive return of 26 Serie A goals. On his way to that title, a successful penalty against Udinese at the Luigi Ferraris saw him score for the eleventh consecutive league match. Just days short of his 36th birthday that goal equalled the feat of legendary Fiorentina striker Gabriel Batisituta in scoring in 11-straight Serie A games.

As the goals kept going in the records followed, a goal for his country against Liechtenstein in a 6-0 victory saw Quagliarella become Italy’s oldest ever goal scorer. The call-up to manager Roberto Mancini’s squad for the match coming nearly nine years since his last appearance in Azzurri blue. It was just reward for the season he was enjoying in Genoa during which saw the culmination of an off-field issue which is more akin to a television drama.

A four-and-a-half-year prison term was handed to Raffaele Piccolo, the man who posed as a Police Officer in order to maintain a near-five-year stalking campaign which terrorised the striker and had him and his family living in fear. His stay at hometown club Napoli was blighted by threats including accusations of match fixing, drug dealing and even linking him to the Camorra local mafia.

His stay in Naples was cut short to just one season before he moved to Juventus where he picked up three Serie A titles. To have been going through such an impactful private ordeal must have been awful for the striker and one can only speculate as to what path his career may have taken if it weren’t for the torment he suffered at the hands of Piccolo.

That is not to say that Quagliarella has had anything other than a great career, he added two Supercoppa to his hat-trick of league titles at Juve. He also lifted the Serie B championship whilst he was at Torino and has been capped 28-times for his country. The prospect of a place in Mancini’s squad for Euro 2020 is surely still attainable if the veteran can get anywhere near his tally for last season.

It’s club football that he must concentrate on first as Sampdoria can ill-afford a return to the form of the early weeks of this campaign. Quagliarella’s impact on the team last season wasn’t just in his goals. He led the way with assists too with seven for the campaign. The fact he played 41 matches last season is a testament to his physical condition and on-the-pitch he pulled up the likes of Manolo Gabbiadini to a higher level of performance.

It takes more than one player but if Sampdoria are to really turn the corner on their season, they’ll need the talisman of last season to lead the way for them again. The flip-side to that may well be if the hitman’s ageing legs can or cannot carry the weight of his team-mates for the season. If the Blucerchiati can turn it around then hopefully a fairytale summer call-up awaits to add another chapter to the story of Quagliarella.

Inter boss Antonio Conte admits “a defeat affects” him for a long time.