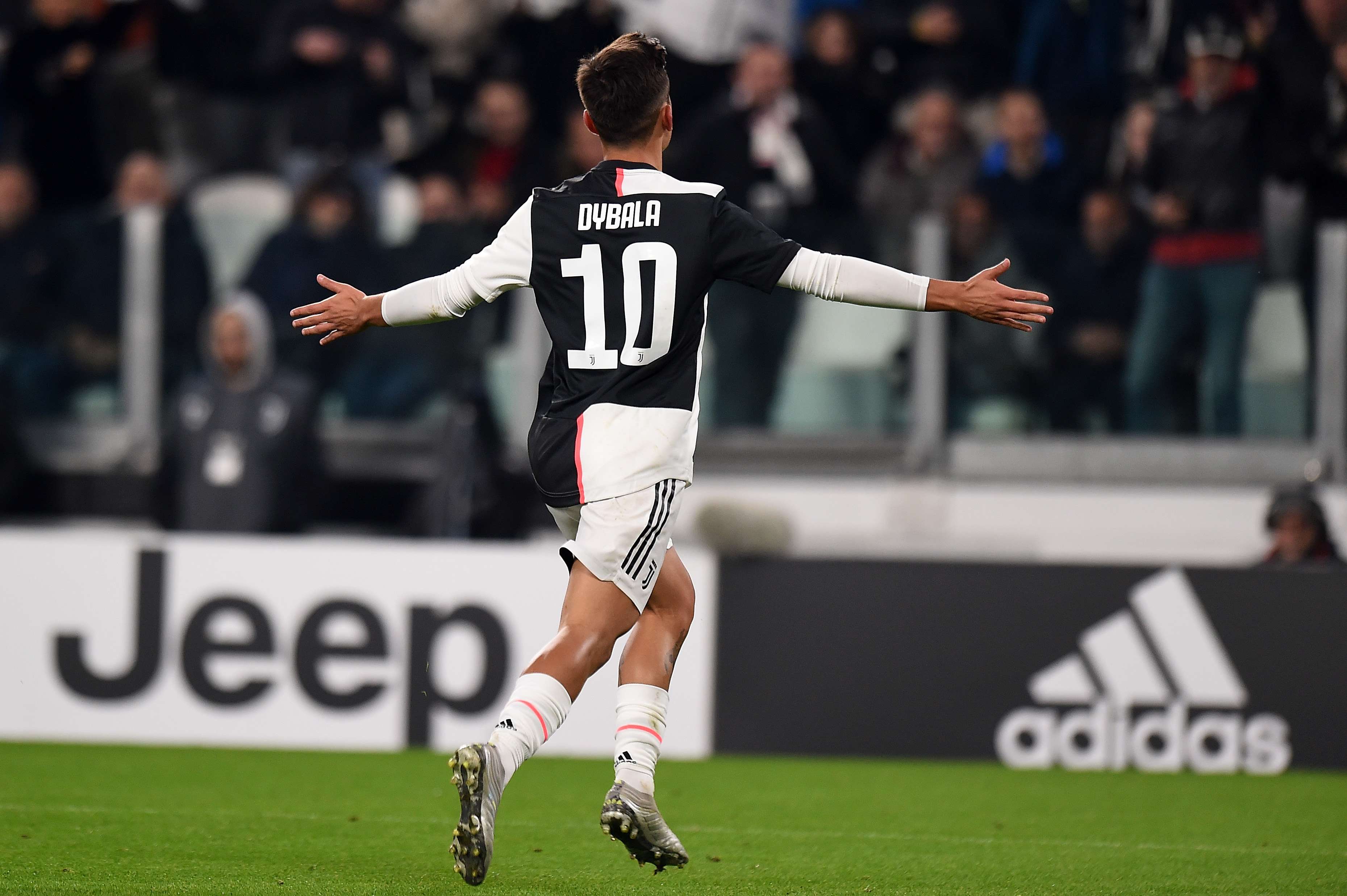 The ball has been clipped towards the back post. Just inside the penalty area, Paulo Dybala is waiting for the aerial ball to drop. He still has plenty to do.

Should he take a touch before shooting? Should he bring the ball down and look for a teammate closer to goal? He does neither of these things. Instead, with one sweep of his left foot, he caresses the ball into the bottom corner of the Sampdoria goal, giving Juventus the lead in the process.

Dybala has been in scintillating form for a number of months now, and Wednesday’s stunning volley in Genoa was the perfect illustration of the class that he possesses and is now showing on a regular basis. ‘La Joya’ is well and truly back.

Overcoming a year to forget

Dybala entered the 2019/20 season with a point to prove. He had just endured comfortably the worst campaign of his Juventus career the previous year, facing plenty of criticism along the way.

Scoring just five league goals across the season was a modest return for such a talented footballer. What had happened to the player who had netted 52 times in his previous three Serie A seasons at the club? The question was being asked: do Juventus still need Dybala?

The club’s newly-appointed manager Maurizio Sarri seemed unsure. “Dybala risks being out of the Champions League list,” the boss admitted to reporters back in August ahead of naming his squad for Europe’s elite competition.

In the end, the Argentinian forward was included in the squad. It has proved to be the correct decision. Dybala found the net three times in the group stages, and he has already scored five times in Serie A, matching last year’s total with less than half the season gone. It has been some turnaround in form. What is the secret to his resurgence?

During Massimiliano Allegri’s final season in charge of the side, ‘La Joya’, which translates as ‘the jewel’, failed to shine. With Cristiano Ronaldo arriving in Turin, Dybala was no longer the star of the team, meaning that Juventus were not focused on working to his strengths.

Dybala’s favoured position is just behind the striker, where he can play in between the opposition’s midfield and defence, allowing him to create chances, whilst also arriving in the box to score goals himself.

Yet Allegri opted to play a 4-3-3 formation for much of the 2018/19 campaign, meaning that Dybala often had to settle for a place on the wing. Playing out on the flank, he was far less effective, and his loss of form meant that he was not a guaranteed starter by the end of the season.

Things needed to change this year to get the best out of Dybala. They have.

Sarri has used the 26-year-old as a second striker for most of the season, regularly pairing him with Ronaldo, whilst he has also trusted him to play just behind the front two, enabling Gonzalo Higuain to come into the side.

The results have been there for all to see. Dybala looks reinvigorated now that he is playing through the middle once more. A peripheral figure last season, he is now a key cog in Juventus’ attacking machine.

Learning to play with Ronaldo

Can Ronaldo and Dybala play together? At times last season it seemed to be a struggle. The pair appeared unable to build much of a relationship with one another on the pitch. They were not linking up enough in the final third, whilst neither were keen on tracking back to cover their defensive responsibilities for the team.

Allegri seemed concerned by this, which could explain why he chose to play the hard-working Federico Bernardeschi for some of the club’s bigger games towards the end of the campaign instead of Dybala.

Sarri has gone about matters differently. Following the injury to Douglas Costa in early September, the former Napoli manager has moved to a 4-3-1-2 formation, meaning that Ronaldo and Dybala can play alongside one another rather than on opposite flanks. In return, the duo have combined to score 15 goals in the first 17 league games of the season.

Can they play together? Absolutely.

Producing in the big games

Dybala scored just one Serie A goal against a top eight club in 2018/19. He did not score in the knockout stages of the Champions League either. In the big games, he did not step up.

That has changed under Sarri. He scored in the side’s crucial win against title challengers Internazionale back in October, struck winning goals against AC Milan and Atletico Madrid the following month, and he also netted a vital brace against Bayer Leverkusen to single-handedly turn the game in Juventus’ favour.

The best players produce the goods when it matters most. Dybala has done that this season, ensuring that Juventus remain on course for a ninth straight league title, whilst they also comfortably topped their Champions League group.

Can he keep it up?

Juventus and Internazionale are neck-and-neck in the title race as Serie A approaches its winter break, with Lazio not far behind the top two. The defending champions will need Dybala to maintain his current level if they are to see off their rivals.

Yet Dybala’s standards have shown no signs of dropping so far. He was voted the club’s best player in October and November by the fans, and his performances this month mean that he will be in the reckoning when the award is handed out for the final time in 2019.

As the saying goes: form is temporary, class is permanent. Dybala has shown that this season. He has responded to his critics in emphatic fashion, proving that he is still one of the best talents in European football. Juventus fans know that they are seeing a special player once again. They will hope that he is here to stay this time.