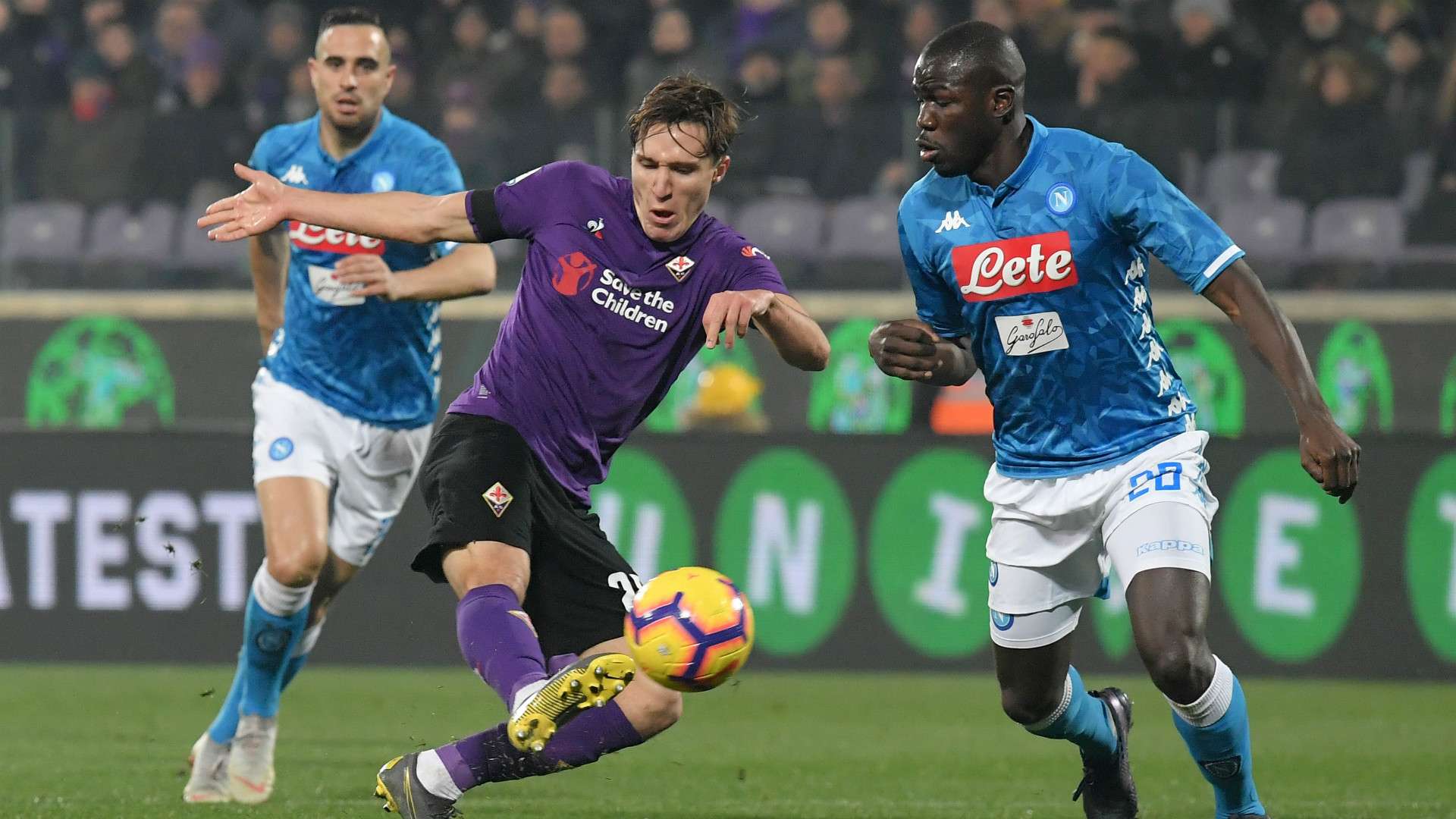 Fiorentina and Napoli each came into this match at fragile moments. The hosts were missing three starting defenders while the visitors were playing their first match without club captain Marek Hamsik as he’s on his way to China. As La Viola were limited in their personnel, Napoli just lost their longtime leader.

Each side had their moments controlling the match, creating high-quality opportunities. While many chances were poorly squandered, the goalkeepers also played a role. Alban Lafont, the man of the match, pulled off three top draw saves to deny Napoli as Alex Meret also delivered when called upon.

It was a missed opportunity for Napoli to cut Juventus’ lead down to six points before the Bianconeri face Sassuolo tomorrow. Lorenzo Insigne, Jose Callejon, and Arkadiusz Milik all missed golden chances on goal inside the penalty area. Although Napoli played well and created, their finishing tonight was quite poor. Ancelotti’s side has seemed to be lacking a killer instinct at times this season, unable to find the net in three of their last four matches.

“In some ways, it was an impeccable performance, but we weren’t clinical enough in front of goal and were forced to make do with a point,” Napoli boss Carlo Ancelotti said in his post-match press conference. “It’s true we had a little more difficulty building from the back, as Fiorentina were pressing us high, but once we got past that, we did more than enough to deserve a victory.”

With Marek Hamsik’s departure to China, the armband will now go to homegrown talent Lorenzo Insigne. The “scugnizzo” will now have to lead this Napoli side, looking to propel them to the next level competing for trophies. The 27-year-old was a bit disappointing tonight and it will be interesting to see how he handles his new responsibility the remainder of this season.

“We did everything we could to get the goal, but it remains a positive point considering we lost here last season, but we didn’t allow them many chances,” Kalidou Koulibaly said in the mixed zone after the match. The Senegalese defender also voiced his opinions on chasing the league title. “Anyone who doesn’t believe in the Scudetto should stay out of the locker room. As long as it is mathematically possible, I will continue to believe.”

On the other hand, Fiorentina will certainly be content with the point earned tonight. Missing two defenders from their usual starting lineup, holding a clean sheet against Napoli is commendable. La Viola are looking to return to European competition but are now in their toughest stretch of fixtures. Facing Napoli, Inter, Lazio and Atalanta twice (once in the Coppa Italia) in the span of 30 days will not be an easy task. Starting off with a point will hopefully give La Viola some confidence heading into the other matches.

“We never gave in and even under a lot of pressure, with players missing and losing others during the match, we held out for a positive result,” Fiorentina head coach Stefano Pioli said in his post-match press conference. “The objective in our minds is to improve upon last season, so we have to work hard. There are several teams that have strengthened this term in a bid for European football and who have a lot more revenue than us.”

Fiorentina face SPAL next week in a match where earning three points will be vital for their European hopes. Meanwhile, Napoli travel to Switzerland on Tuesday to face FC Zurich in the Europa League Round of 32 before hosting Torino next weekend.