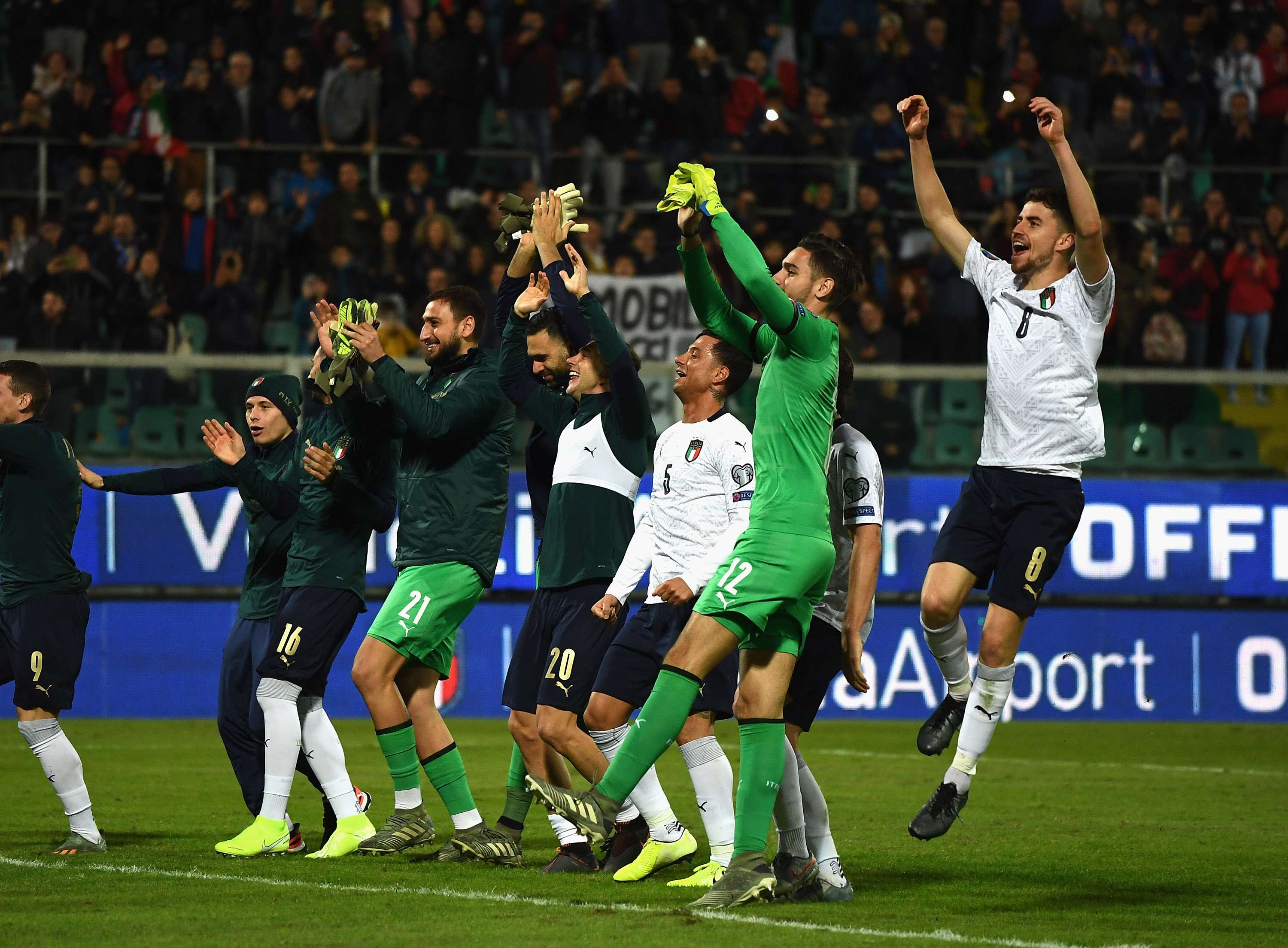 Beating Armenia 9-1 was the perfect end to Italy’s Euro 2020 qualifying campaign, the result seeing the Azzurri reach a major tournament with a 100% record for the first time as they won all ten matches to top the group.

Yet that was not the only high watermark passed by Roberto Mancini’s men, their huge victory almost matching the nation’s best ever result, bettered only by the 9-0 rout of USA way back in 1948.

It also marked Italy’s 11th consecutive win, the longest streak in their history, and the first time seven different men had been on the score sheet in a single game. Furthermore, one of those names – Nicolò Zaniolo – became the the youngest ever AS Roma player to score for the national team at the age of 20 years and 139 days, beating Daniele De Rossi’s previous record (21yrs, 42 days).

Bonucci: “Chiellini injury lit a fire inside me”