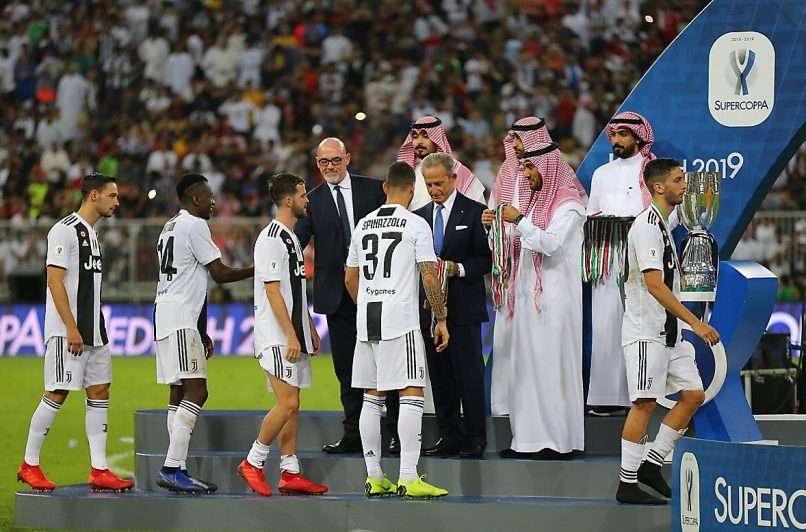 It’s been announced that Juventus will play Lazio in the Supercoppa Italiana on December 22nd, 2019.

This will mark the second time in a row that the Cup competition will have been played in Saudi Arabia, this time in Riyadh. It will be held at the King Saud University Stadium, with a local kick-off time of 19:45 (17:45 GMT).

Last year, the choice of location caused controversy, due to rules which prohibited women from entering the stadium, however reports in Italy suggest that there will be no gender barriers on this occasion, for the first time ever.