Why Piatek could spark a new dawn for AC Milan 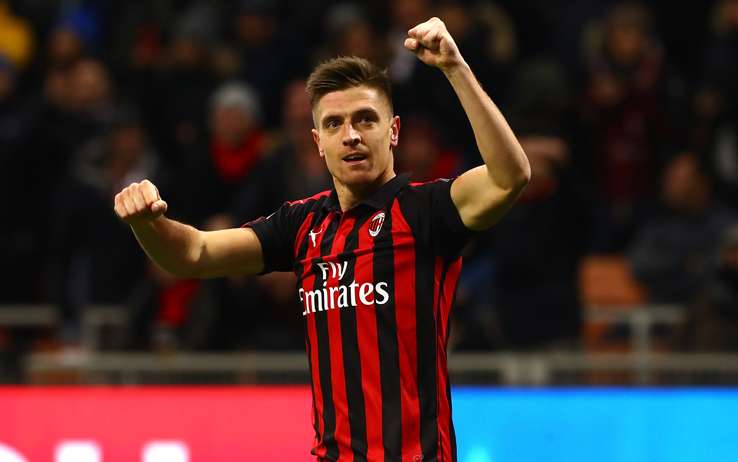 AC Milan are the sleeping giants of Italian and European football and have been for many years now. Milan last lifted the Scudetto in 2011 and their Champions League appearances have come sparingly since then as well. Years of uncertainty at the club have seen abolished plans for a new stadium and an erratic transfer policy meaning waisted millions have led the Rossoneri no nearer the title since their last respectable attempt in 2012.

Despite inconsistencies on the pitch, one theme that has continued through these years is the regular incoming of strikers from all walks of European football. AC Milan have signed a blend of young talent, the risky and more daring type and even brought in the assured ‘guaranteed successes’, but none have managed to elevate the club to the level they strive for.

The likes of Fernando Torres, Andre Silva, Fabio Borini, Mario Balotelli and Gonzalo Higuain have all arrived and underperformed during their stints in Milan. Why they under-performed can only be analysed with each individual case, however why we’ve seen such a spree in forward signings is no mystery. AC Milan have been for many years one of the lowest scoring clubs in the top half of Serie A: 56 goals (17/18 season), 57 goals (16/17 season), 49 goals (15/16 season), 56 goals (14/15 season) and 57 goals (13/14 season). Every year, the club have searched for a quick-fix that’s never come.

The goal-scorers’ tallies might go some way to explain the few goals scored by the side. Apart from two years of decent numbers from Carlos Bacca, it’s been a very bare run for any forward who’s led the line for Milan. Patrick Cutrone was their top scorer last season with just ten goals, and Bacca’s 13 and 18 in the two seasons before that are an improvement, but hardly anything stellar either, especially for the money spent on these players.

Krzysztof Piatek is the next big money striker to wall through the door and despite AC Milan following similar spending trends, the deal for the Pole could represent a new era for the Italian club.

Piatek arrives after impressing at Genoa in the first half of the season. It’s a bold signing by AC Milan but one that seems to tick all the boxes in terms of what the club have really missed in their signings. Whilst some youth has been signed, as have experienced Serie A goal-scorers, no one has come in and been both. Piatek arrives with a hunger to impress, knowing that whilst his form at Genoa was eye-catching, it won’t be enough for AC Milan who will demand even more from the forward.

The harsh reality is that strikers like Higuain or Torres have arrived with not only their best years behind them but also their best attitudes. Higuain had it all at Juventus and Cristiano Ronaldo’s arrival was the spark for his moving on. He quite simply was never going to have the motivation to reach his best for AC Milan.

The move resembled one we see many times in Serie A. More than in any other league, the top five or six clubs tend to sign and sell between themselves. Inter Milan bringing in Radja Nainggolan is another example of this, as is Stephan El Shaarawy’s move to Roma, or Milan’s constant dealings for Leonardo Bonucci with Juventus. The fact is, clubs are signing each others rejects – a formula that rarely works.

Piatek arrives not as a reject, but as an incredibly sought after striker who’s got his best years ahead of him. He’s young, hungry to succeed, fast, skilful and intelligent. The beauty of a striker like him, similar to Harry Kane and Robert Lewandowski, is that a defender doesn’t know the obvious way to play him. He’s as effective in the air as he is coming short or running in behind. AC Milan has signed a truly unpredictable striker and his goals for the Rossoneri so far have already shown a combination of attributes whilst some goals have been pure poachers instinct.

AC Milan have addressed one position, but their overall business has been scattergun for years now. There’s been no real clarity in the direction of the club for a while but the arrival of Elliott Management and Ivan Gazidis could go some way to changing this and getting the club back on track, but it will take a lot of work to do so. Gazidis will have his specific role at the club, but how involved he gets in the footballing side could be crucial. As English fans will know, his impact on Arsenal’s transfer policy was hardly ground-breaking, if not incredibly disappointing and misjudged.

However, this signing is a huge step in the right direction for AC Milan. Piatek possesses everything they’ve needed for years but also sparks a new era for a club. An era which could see Milan signing talented youth and proven players. This isn’t to say they haven’t tried it before, but this signing can only further support the evidence that these are the sort of deals that need to occur on a regular basis. Maybe, just maybe, with more signings like Piatek, we’ll see the mighty AC Milan back amongst the European elites once more.