EXCLUSIVE | Davide Lanzafame chats to GIFN about playing in Hungary: “For me, it’s like being reborn.” 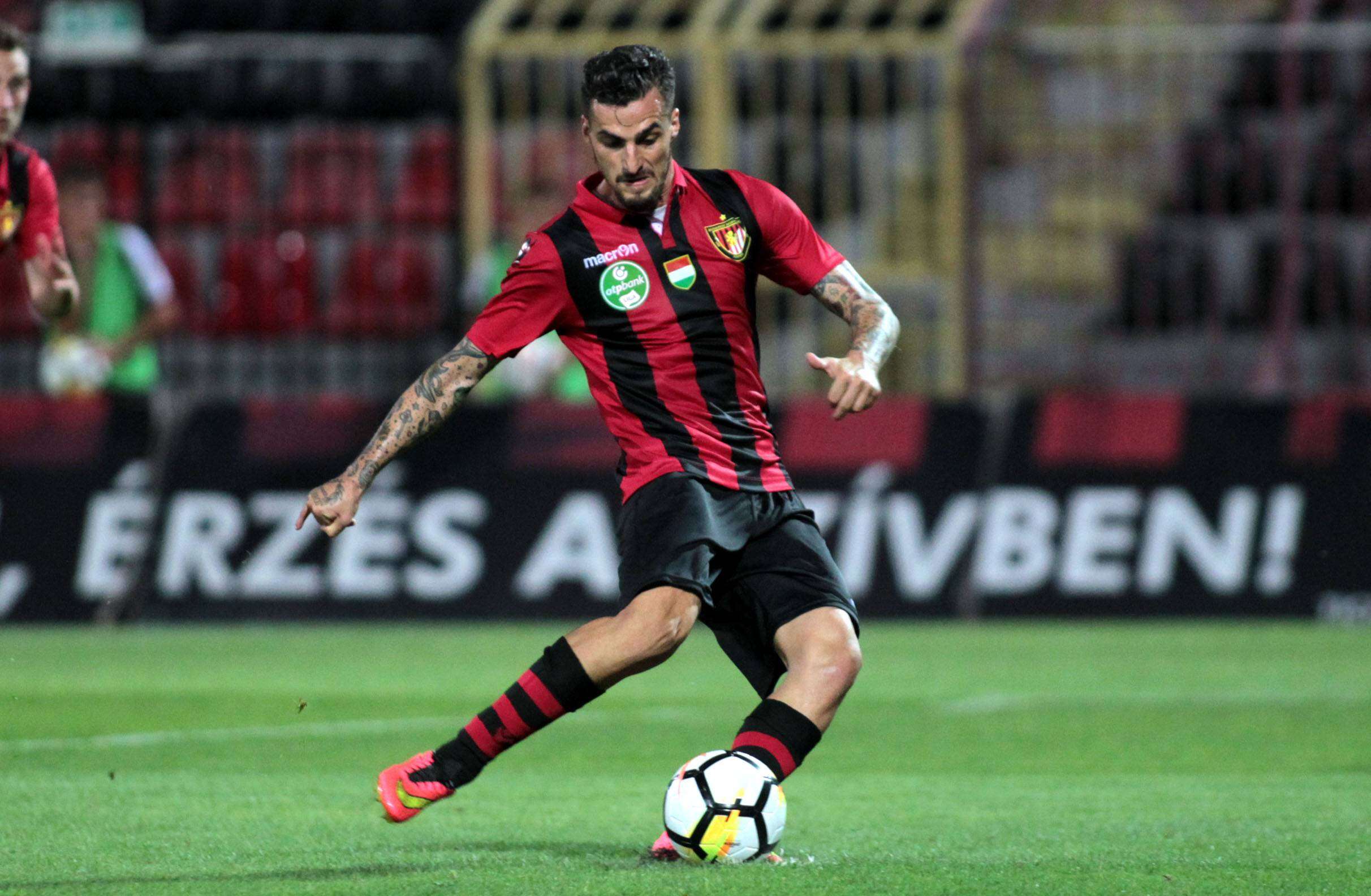 In an exclusive interview with Get Italian Football News Italian forward Davide Lanzafame discussed his time playing in Hungary as well as his best memories from Serie A.

The self-described aggressive and hot-headed striker started off his career at Juventus, before a match-fixing scandal in 2013 nearly halted his career. He was then able to rebuild it in Hungary, where he won the league title once with Ferenc Puskás’ former club Budapest Honvéd and again with Hungarian giants Ferencváros. His spectacular 2016-2017 season, in which Honvéd won their first title on the final matchday, cemented his position as a cult hero at the club and as an important figure in Hungarian football in the past decade.

Davide, what do you make of your performance this season?

We started the season with a new owner. Of course when something changes in the club, of course it’s not simple to restart again with good results. For this reason in the beginning of the season the results in some situations were hard, especially because of injuries, and a lot of new players arriving. After I came back to help the team it was better, until a month ago, and in the end it was once again a hard period, especially with our two last results at home. Because of this we are in midtable. But we are also in the semi-final of the Magyar Kupa [Hungarian Cup], and this is a big opportunity for us to go in Europe.

How was it working under Italian coaches in Hungary?

The first time I was here, it was like a new experience. To try a new experience outside of Italy. It was nice because for an Italian it is not simple to go somewhere and adapt well because life in Italy is great. But from the first moment I liked Budapest, and Hungary in general.

But the second time I came to Hungary, the situation of football was totally different because the Prime Minister Orbán invested a lot in this sport, especially with the new stadiums. So it was better than the first time. Also, the quality of the teams now is very good.

What was the most difficult challenge when first coming to Hungary?

Was Marco Rossi important for you to come back for a second time to Honvéd?

Marco Rossi along with Hemingway, the ex-owner of the club, was very important because he pushed for me and he pushed for the owner. And in the end, with my decision I was in Budapest for the second time. We were lucky and with a very good performance we won the club’s first title in 24 years. For us that was amazing, and of course for all of Kispest [the Budapest neighbourhood Honvéd is based in] too.

What was behind your move to Ferencváros?

The year in Ferencváros was amazing, because when I came it was very intensive. Because I came in one year I won the title another time, and for me to win the title with two clubs wasn’t simple. I’m so proud of this.

Secondly, I was top scorer for the second time, and again it’s not simple as a player to keep a goal tally up year-on-year. In the end of the season I decided to come back to Honvéd because I am a special character. I put myself forward for the team I played for, but right now [at Honvéd] I feel something different from the connection between me and the coach.

I have a lot of respect for [Serhiy] Rebrov because he is a very, very good coach. But of course with my character it’s not a straightforward task, because now I’m 33 years old and I always want to play because my performances in the last 4 years were very good. I understand it’s not easy to work with me, but I want to thank Rebrov because that one year was very important for me.

Why did you then go back to Honvéd?

I came back to Honvéd because it is my home and when somebody comes back home they are always happy.

I think at the atmosphere at Kispest is different from other clubs because the passion of the fans is very close to the team. And of course the history of the club is also at the top level. If I say Puskás, he was one of the best players in the world in football history. With the present Kispest, for me it’s like being reborn. When I came here for the second time my career was almost dead, because in Italy it started to go downhill, and I went back to Hungary with full motivation. And year-on-year I started to play in the right mindset.

What was the best moment in your career?

The second moment and maybe the most important was my two goals against Buffon in Juventus-Parma [2009/10 season] in Torino in front of my family, my wife. I scored two and we won 3-2 against Juve, so it was a very nice moment.

And the third one is the title with Honvéd, because with Ferencváros it was good, but Fradi [Ferencváros] is always one of the best teams in Hungary. At that time Honvéd was only the third or fourth best team, so it was almost like a miracle because Ferencváros, Videoton and Vasas were absolutely better than us, but with the coach and with hard work week-by-week we won the title.

Who was your favourite player when growing up?

Ronaldo, the Brazilian one. He is absolutely my idol, especially because I was a fan of Inter when I was a child.

And who was the best player you have played with?

This is a difficult question because I would pick 6-7 players at the top level. I’d say Buffon, Nedvěd, Del Piero and Christian Panucci. These kinds of players are difficult to play with, because for me they are like idols. I’m so proud to have played with them.

Where do you see the Hungarian league in 5 years’ time?

Before the Coronavirus, I could see the level of the league getting better, because year-on-year the clubs invested a lot in players, especially in foreign players. From next year onwards clubs can buy foreign players without limits. Of course, these clubs bring these players in and the quality  of the championship goes up. So the league is getting better and better. But after this situation [Covid-19], not just in Hungary but the whole world, I’m curious to see how things continue.

What would your advice be to Italian players who have the opportunity to play in Hungary?

As I said before, it’s not simple for an Italian player to come to another country. While I’ve been here 2 or 3 Italian players came [to Hungary] but after six months or a year they go back very fast, because if you don’t get to know the mentality of these people it’s very hard to stay here. If you are intelligent, you work hard, and have quality you can stay here for a long time. If you don’t come with full motivation and if you think the Hungarian championship is very easy, you will go back within a few months. I’m sure of this.

Would you consider living and working in coaching in Hungary after you retire?

I don’t know if this is a possibility, but I’m not sure because after 5-6 years me and my family miss Italy a bit. But it would also be an opportunity. It depends on the future. If I work on something here, of course the likelihood of staying is higher. However, if I have another opportunity in another country I will probably change. We will see – you never know what will happen in the future. You can also see this with the virus, it’s very strange the situation for everybody.

Italian FA to aim for 20th May Serie A restart