Exclusive | Fiorentina’s Christian Koffi on aiming to break into the senior team: “In any case, that’s what I’m working towards.” 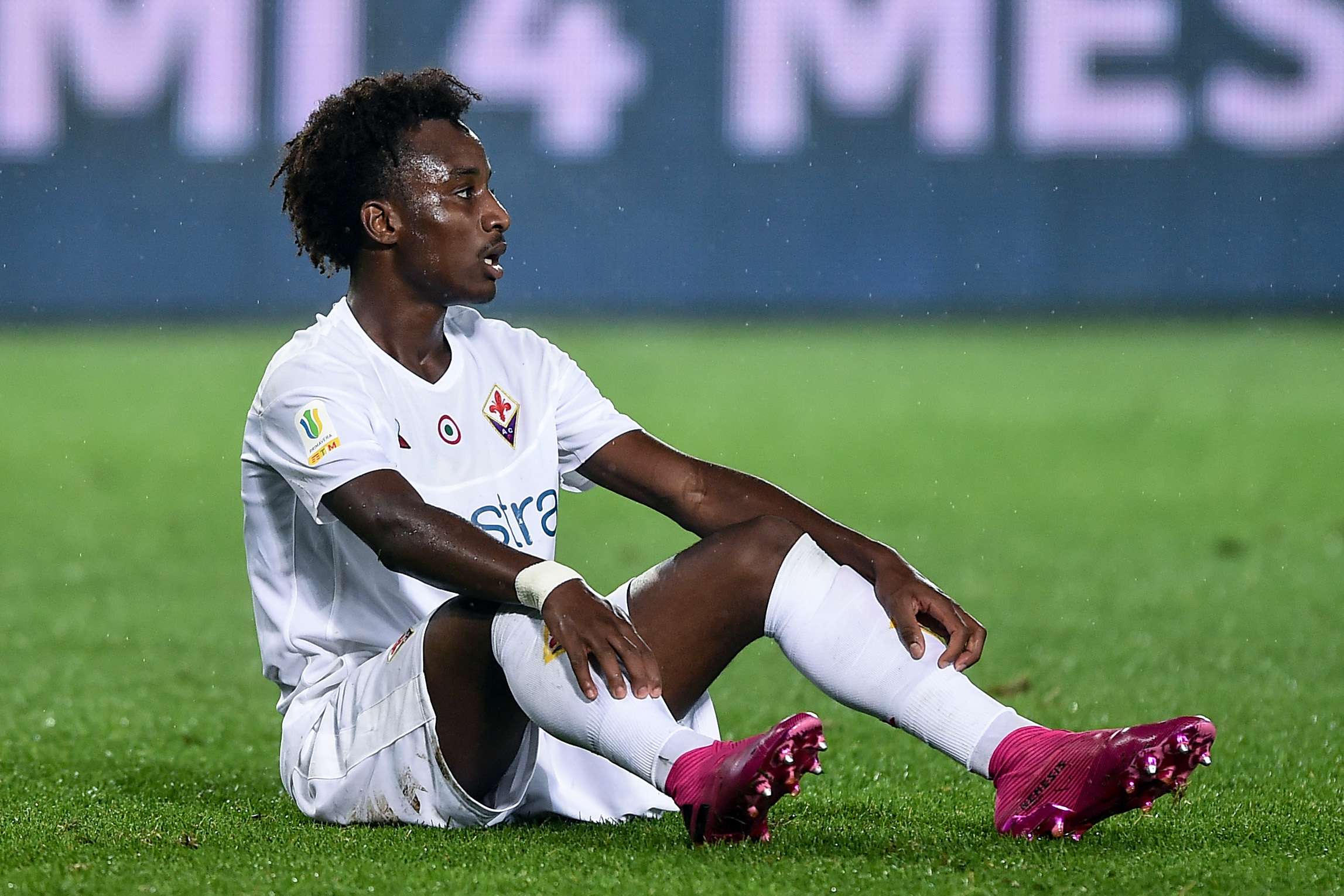 In an exclusive interview with Get Italian Football News, 19-year-old winger Christian Koffi, currently playing for Fiorentina’s Primavera team, spoke about adapting to life in Italy, his experience coming through the French youth set-up, and his goal of reaching the first team squad.

Christian, how has quarantine been for you in Italy?

It’s been a difficult period to live through, just like it has been for everyone. That said I think it was necessary, for everyone’s safety. It’s allowed me to put the work in physically and stay in shape. But over than that, it’s been a complicated situation, let’s say. I wasn’t able to go home, so that was difficult at the start, but I got used to it. I would have my family over the phone.

I kept in contact with the physios, the coach, and the management, who want to keep up with the young players.

What have you made of efforts to restart the league season?

That all depends on the experts. But it’s a great thing, because football is amazing, it’s a magnificent sport. The most important thing is our health though, and making sure that there’s no second wave. Hopefully when it restarts it can run until the end, but when you look at the Bundesliga, they’ve resumed their season and things have gone really well, so it serves as an example for the other leagues.

Obviously it won’t be the same as when you have 20,000 supporters in the stadium, but the fact that football can come back on TV shows that we can do great things and come out of this pandemic stronger than before.

It was a great period. It’s the headquarters of all the French teams, from the U16 to the national team. When you’re there you see the castle everyday on the way to school, and it motivates you. It was a unique experience, and I only have good memories from it.

Everything there impressed me, because Clairefontaine is a real step up. It’s the point when you move away from your family and you enter the ‘real’ world of football, in a way. The training sessions are something that changed, you train all week and you only go home for the weekend. The facilities there are unbelievable. They look after us but also our parents. Honestly, it was great.

How would you compare it to your experience at Monaco?

It’s different. Clairefontaine is more of a family. We’re there to learn, all together, to help each other and make the most of it. At Monaco, you are really entering the ‘professional’ world. This means that there is still some fun, but at some point football becomes serious, at least for the most part.  So you’re there to go professional, we’re all in a group but we all have the same goal. We all know that these days, going professional is difficult. Not everyone in a generation will make it, there will be maybe two or three who make it out. And out of those maybe one will go on to have a great career. It depends on the generation, though

So, at Monaco you had to step up

That’s right. Monaco is a prestigious club, it’s a great school of football. They train their players really well. You know that they expect results from you, and that’s normal. It’s good because we were disciplined. We knew where we were going.

Does that discipline limit you in how you express yourself on the pitch?

Honestly, no. Then again, it depends on the type of player. When you look at the kind of player that has come out of Monaco – not necessarily those who did well at the club but also those who left – you can see that it gives you a lot. For some, it might be a weight on their shoulders, but for others it isn’t.

Would you say the youth coaches there have a specific approach?

I think every team in Ligue 1 or 2 must have good youth coaches. At Monaco, you have people like [Frédéric] Barilaro who have been there for so long, they’ve seen so many players and know the club inside out. That makes it a lot easier. Then you have some former players as well, who know football well. The principality itself is very calm and peaceful as well. Honestly, playing at Monaco is amazing.

Was there a team-mate in particular that impressed you while there?

It’s difficult to talk about our cohort without mentioning Kylian Mbappé. Our generation [2000] had just arrived when they’d won the Gambardella [FA Youth Cup equivalent], and when he’d juststarted to play for the first team. Apart from Kylian, there are a lot more. Monaco’s strength comes from the fact that they have so much talent. You have Benoît Badiashile who’s playing there, or Képhren Thuram, Moussa Sylla too – from my generation I can name a few who are really good.

What’s great about Monaco is that we’re like one big family, even with those who have left. We still keep in contact, whether you’re from the 97 or 02 cohort we all speak together. Despite the adversity, we were able to keep our links.

What was the reasoning behind the move to Italy?

I think it was necessary for my development. I’d spent some fantastic years at Monaco, I had the chance to play the U17 cup final and play some U19 matches. That said, for the rest of my career I think it was best to leave for my development. It taught me things that I wasn’t necessarily working on before. Things that I wasn’t used to working on, like getting back to defend or moving up and down in one block. So Italian football has taught me something as well.

Was it difficult to adapt when you came to Italy?

I was with my mother, which made things a bit easier. Then I got straight to learning Italian, I took lessons straight away. The coach spoke to me a lot about the Primavera and what he was expecting of me. So honestly is wasn’t that complicated. I was in the right conditions. It was also the first time I’d left the training centre, it was the first time I was alone in an apartment, so it was completely different.

Do you think taking the step of playing abroad is something that more young players should do?

For some players it can be a necessity, for other no – it depends on how things are going in their club. But seeing another culture and a new style of play will always bring you something new. It has its positives and negatives – whatever happens, you will grow as a result of it. Going abroad is a formative experience.

What were the main differences you noticed in terms of footballing culture?

In Italy you have the basics, where the team gets back to defend as a group. From the striker to the centre half, everyone defends. A winger defends in the same way as a fullback, so defensively you learn a lot. You learn a lot tactically too, I think that’s fundamental in Italy. In terms of attack not much has change, I still have some freedom there.

Do you sense a difference in the supporters as well?

A bit, yes. The fans in Florence are amazing. They are there for every game and follow the Primavera teams too. Then again, the supporters in Monaco were great too, especially in the year when the club reached the Champions League semi-finals. I’ve been lucky to have always had great supporters.

You were having a successful season before the league was interrupted, do you think you can make it into the first team squad, with Serie A returning?

I hope so. In any case, that’s what I’m working towards. If I’m called up, I’d be ready, but then it doesn’t depend on me. It depends on the club, but I’d be available.

I think the most important thing for us is to play Primavera cup final [against Hellas Verona], and to retain that title.

Did you find returning to training difficult?

A bit, at the start. It depends on how the training session is set up. I think it was difficult for everyone, but with time we got used to being on the pitch again and it’s better now. I think everyone saw that it was a difficult situation. Hopefully, things can go back to normality soon, but right now it’s different.

What are your goals for next season?

To be able to play in the first team, that would be great. Stability is also a good thing. Then again, we don’t know what the future has in store, football moves very quickly.

I’ve had the chance to talk to him. There was a bit of apprehension, because he’s such a great player who’s done a lot for the sport, so I had doubts. But he’s actually nice and very welcoming. He speaks very often with young players, he gives us a lot of advice. I only have good things to say about him because he’s not only a great player, but also a great person.

What kind of advice did he give you?

To have confidence in myself, and to keep things simple in what I do on and off the pitch. He talked about being in the public eye as well, because when we’re under the lights we do things that we shouldn’t do or say. That we should respect our elders and to learn because that’s important. But most of all to work hard, and work a lot, because I think to be at his age and doing that requires a lot of work.

We don’t really talk about it, but not every player would be able to do that. He’s often the first one at training and the last one to leave. He’s a source of inspiration

Do you see yourself returning to France one day, or staying in Italy for the long term?

Football is something that moves very quickly. Returning to France wouldn’t bother me, but then I feel that I’ve adapted well here in Italy. We’ll see what happens, but whatever comes I’ll be ready for it.

Milinković-Savić to undergo scans after leaving training with knee issue