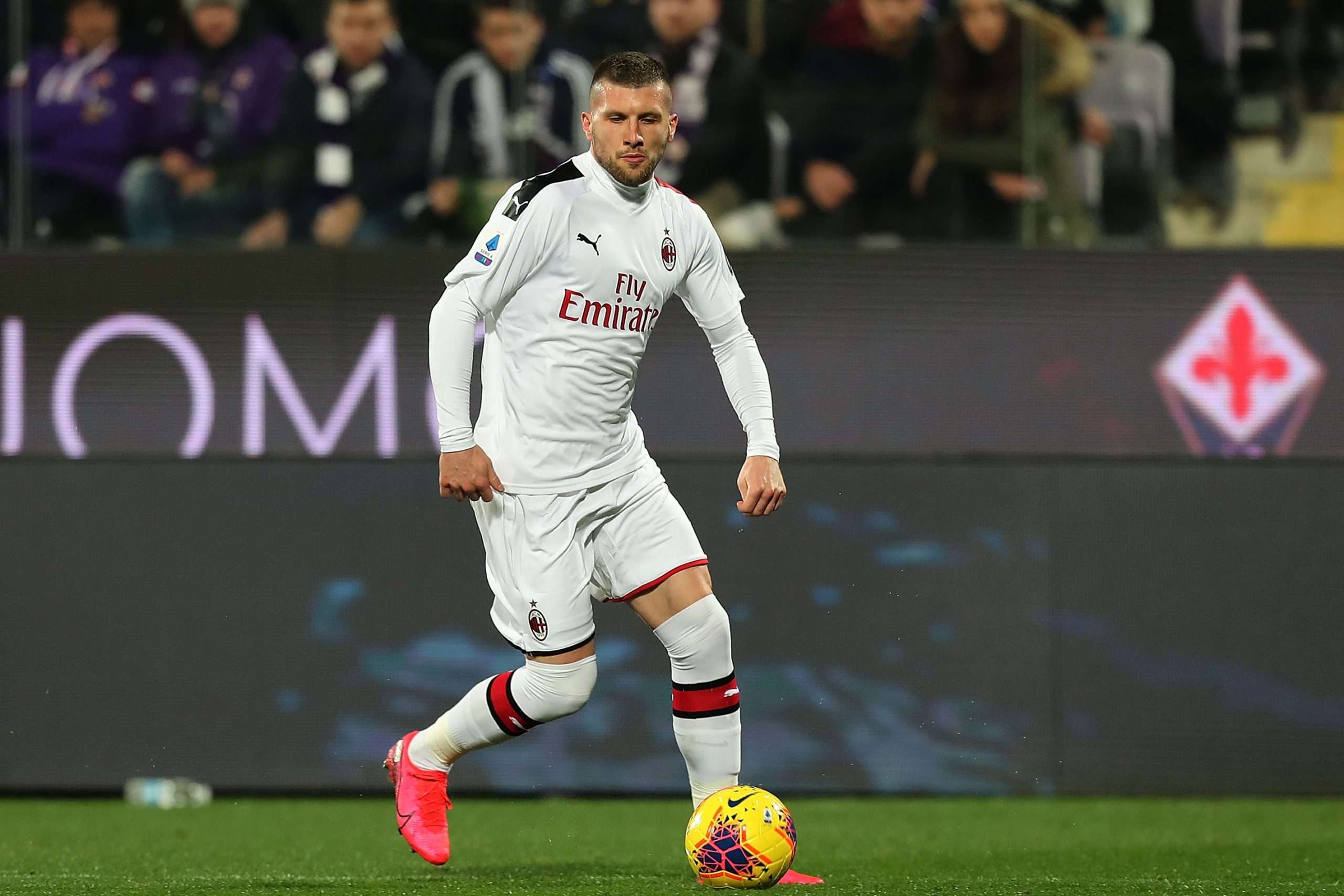 ‘Football is a game of two halves’, so the saying goes. Whilst it appears to be pointing out the blindingly obvious, the quote is also referring to how the half-time interval can act as a catalyst for a change in the momentum of the game. It is undoubtedly true – teams have often turned matches on their head after the break.

The same can be said during the course of a season. A break in between games can help a player or a team turn their fortunes around when play resumes. The most glaring example of this in Serie A in 2019/20 has been the upturn in form of AC Milan’s Ante Rebić.

Initially, it seemed that Rebić was set to be another Milan flop. Yet with the season currently paused due to the coronavirus pandemic, the Croatian forward now sits as Milan’s top scorer this season. Quite the turnaround.

Let’s take a look at Rebić’s unpredictable campaign, highlighting how he has got his season back on track in 2020.

Milan have not had much luck in the transfer market in recent years. Since their last league title back in 2011, the club have tried to rebuild their squad on a number of occasions. Their latest spending spree came in the summer of 2017.

Amongst the big-name arrivals were Leonardo Bonucci, Porto’s Andre Silva, Atalanta duo Andrea Conti and Franck Kessié, along with Bayer Leverkusen midfielder Hakan Çalhanoğlu. Bonucci lasted just a single season before returning to Juventus in 2018, and Silva failed to impress prior to being loaned out that same summer to Sevilla. The other three remain on Milan’s books, but have rarely looked convincing. Milan had hoped to get back into the title picture that season, instead they finished sixth. Time for a rethink.

The start of 2019 offered some hope. In came Krzysztof Piątek and Lucas Paquetá, who both started impressively. The side missed out on a Champions League place on the final day of the season, but there was cause for optimism ahead of the 2019/20 campaign.

Enter Rebić. Much was expected of him as he joined from Eintracht Frankfurt on a two-year loan deal. He had previous experience in Serie A, having formerly featured for Fiorentina and Hellas Verona. He had not impressed at either club, but it had been a different story in Germany. Rebić had gradually improved during his three seasons in the Bundesliga, and after scoring nine goals and providing four assists in his final year at Frankfurt, it seemed he was ready to return to Italy to make an impact.

It quickly became apparent that he was perhaps not. In his first eight games, he failed to make a single start, and was an unused substitute in half of those matches. Was he set to be another disappointment for the Italian giants?

From bad to worse

It had hardly been the dream start for Rebić, and he was receiving very little sympathy from his parent club. During the October international break, Frankfurt’s chairman Wolfgang Steubing reflected on Rebić’s lack of game time since joining Milan.

“Now, he sits outside. He took a gamble and lost. And it won’t get any easier for him”, he said. Harsh words, yet the weeks that followed showed that Steubing’s comments were not far off the mark.

Rebic had been out of favour with Milan’s first manager of the season, Marco Giampaolo. The former Sampdoria coach was the sacked in October after a disastrous start, and replaced by Stefano Pioli. If Rebić hoped that he would get more of a chance under the new manager, he was initially mistaken.

The 26-year-old had to wait until the final game of November against Napoli for his first start, and this was only due to a late injury to Suso. Operating from the right wing, Rebić endured a wretched first half and was hauled off at the interval.

Upon his arrival in September, Rebić had declared: “My ideal position is left-wing, but in the national team, I have also played as a striker and on the right flank”. His performance against Napoli suggested otherwise. He looked uncomfortable and bereft of confidence on the right-hand side. Following his dreadful display, Rebić failed to feature in any of Milan’s four league games in December. He had hit rock bottom.

Milan opted to shuffle their forward options in the January transfer window. Suso returned to Spain to join Sevilla on loan, whilst Piątek, whose form had dipped dramatically in the first part of the season, was allowed to move to German side Hertha Berlin. In their place arrived the imposing figure of veteran striker Zlatan Ibrahimović.

Rebić was still struggling though. He missed the opening game of 2020 with a back problem, and was only used as a late substitute against Cagliari a week later. The third game of the year saw Milan host Udinese, and Rebić was on the bench once more.

That is, until half-time. With the side 1-0 down, he was introduced at the start of the second half. Playing in his favoured role on the left flank, he netted the equaliser and then fired home a dramatic winner in added time to seal a 3-2 victory. Without a goal in any of his previous appearances, Rebić had just scored twice in one half to rescue three points for the Rossoneri.

In the aftermath of the last-gasp win, Pioli hailed Rebić as a “rediscovered player”. Finally, the Croat had shown his true worth.

Somewhat surprisingly, Rebić was left out of the starting line-up in the next game away at Brescia. However, he delivered the winning goal in that match, indicating that the previous week’s heroics were far from a one-off. He had refound his mojo.

There was no way that he could be overlooked now. Rebić went on to start the final five games before the season was brought to a halt, scoring in three of them, with one of his strikes being another winner, this time against Torino.

In four of those five matches, he played from the left wing, his preferred role where he was able to cut inside onto his favoured right foot and link up regularly with Ibrahimović, whilst also finding himself in scoring positions consistently.

With his role in the side now clearly defined, Rebić was able to reflect in February on why he had been able to turn things around after a slow start.

“I simply didn’t get the right opportunity. When I am granted one, in most cases, I exploit it”, he said. And exploit it he did. With six goal in six games in January and February, the striker was now one of the first names on the teamsheet.

What does the future hold for Rebić?

If the season does get back underway in the coming months, Milan still have 12 games remaining, and Rebić will hope to pick back up where he left off.

The winger still has over a year remaining on his loan deal, but there is plenty of uncertainty surrounding Milan at the moment. The long-term future of Pioli is far from assured, and the side look set to miss out on Champions League football once more. Will Rebić want to stick around if Milan fail to secure a European place?

He was also keen to praise his parent club in a recent interview, and revealed that “one day I’d surely likely to return to Frankfurt”.Whether that will be at the end of his current loan spell or sooner remains to be seen.

Regardless of his next move, Rebić must be admired for his turnaround in form this season. From benchwarmer to matchwinner, it has been a rollercoaster campaign for him. It will be interesting to see what twists and turns lie ahead in the next stage of his Milan career.