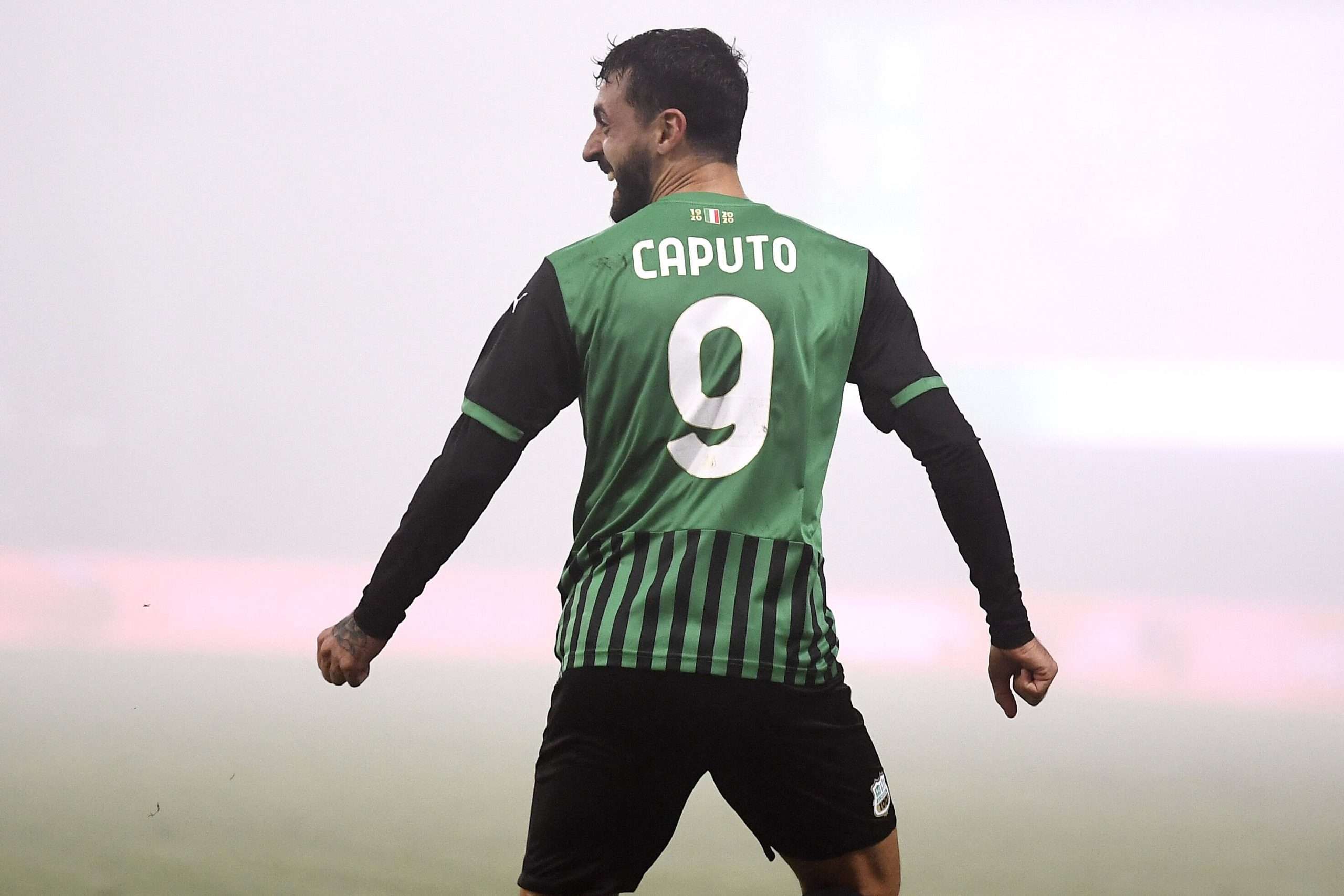 Roberto de Zerbi’s Sassuolo are finally getting the global attention that they perhaps deserved last season. A lot of the credit that they’re getting now is because of how De Zerbi’s system is helping them mingle with the big boys of the division – something which wasn’t quite the case last season. The Neroverdi’s free scoring nature was evident last season at some points but again, it is really catching the eye this season.

Apart from all the aesthetics involving their fresh approach to the game, this club from Emilia-Romagna has a real underdog feel to it. That isn’t just because of the fact that they were in the third division of Italian football back in 2007, but also because of the unique stories that their own players have. They have stories which have a lot in common with that of Sassuolo themselves. A lot of them come from the lower rungs of the game and under De Zerbi, they’ve found an identity which has helped them rise to the top. This isn’t just a new experience for Sassuolo as a club, but it is fresh for a lot of the players too.

One of those players is the club’s chief hitman Francesco Caputo. Someone who was a rather unknown commodity in the game before Empoli’s promotion to Serie B in 2018, Caputo has become one of the most heralded strikers of the country this season. His rise has been quick and unexpected – like that of Sassuolo in many ways. His approach to the game and his rise makes him a rather uncanny individual to have charted this tale of footballing prominence.

Often compared to Jamie Vardy, Caputo’s climb to the top has a fair share of twists, turns and falls that left him reeling. It’s filled with the drama that helps masses connect with him more and while the irony lies in the fact that he always wanted to make it big at Bari, he’s scaled the heights of the Serie A in a rather fresh way. In an era where players that graduate from the academies of big clubs go onto have lavish careers, Caputo has offered hope to many more individuals like himself.

Born in Altamura, a small town in the city of Bari in the south of Italy, Caputo’s first experience of professional first-team football came at Bari back in 2008. He began his career at the local club in Altamura itself but he joined Bari from Noicattaro, a club that is based around Bari. It was at Bari that he got his first big break in the club’s first-team when they were in Serie B but weren’t quite vying for promotion to Serie A.

Despite enjoying a rather impressive first season at Bari where he scored ten times in the campaign, Caputo found himself on loan at another Serie B side, Salernitana. He scored six times in that loan stint, and returned to Bari at the end of the campaign. But by this time, Bari had earned promotion to Serie A and Caputo went from being a second division struggler to being a Serie A goalscorer when he found the back of the net against Cesena. Just when he’d have thought that he would make a mark in the top flight, another loan stint followed and perhaps his dream was snatched away too quickly.. For the second half of the season, he found himself at another Serie B side – Siena.

The temporary stint at Siena was unspectacular, as he scored three goals in the second half of the campaign but he did witness promotion with them. Perhaps, that promotion with Siena gave him the momentum to come roaring back at Bari for the 2011/12 season – even though they were back in Serie B. The hometown boy scored nine league goals that season and those contributions proved important for Bari, who finished just three points above the dreaded dropzone. Having said that, Caputo had found the launchpad he needed to improve as a goalscorer.

By this time, he had acquired the reputation of being a pretty reliable Serie B goalscorer and being a hometown boy, he had begun donning the armband for Bari by the 2012/13 campaign. That season, he found the net 17 times in the league and even found eight assists only for his club to finish tenth in the league. While not earning promotion was disappointing for him, things took a drastic turn in 2013.

Caputo’s name and presence had begun to be associated with the city of Bari and the club as a whole – almost like Andrea Belotti for Torino in the modern day. Barring their absence from Serie A, things seemed to be going smoothly for them and Caputo. In 2013 though, Bari became one of the hotspots for the infamous match-fixing scandal. As many as 24 players from the club were charged with fixing four games from 2008 to 2010. Caputo was one of the players to have been charged for his passive involvement in the scandal.

This came as a massive blow to Italian football, Bari, the city and for Caputo’s rising reputation. The country had dealt with financial strains around this period and the Calciopoli scandal had brought Calcio to its knees in many ways. This was another needless obstacle. As a result of being charged, Caputo missed the entirety of the 2013/14 campaign and while Bari nearly achieved promotion without him, they lost the playoff semi-final to Latina.

It was around this time that Caputo considered hanging up his boots and while he did return to the pitch for Bari, a lot of the old spark was missing. Perhaps, the city and the club had lost a bit of love for its old hero because of the fixing scandal. Having missed a whole season, his career was demanding a fresh start – somewhere he could start all over again on a clean slate, at a place where his past wasn’t going to haunt him.

That place was going to be another Serie B side – Virtus Entella, who he joined in the summer of 2015 for a meagre fee. In the two seasons that he spent at Entella, Caputo emerged from the ashes and turned into a star all over again. In 80 league games for them, he directly contributed to 47 goals for the side and it was clear that he had rediscovered his charm. He finished as the league’s third-highest goalscorer in the 2016/17 campaign and, lured by his goalscoring antics, another Serie B side in Empoli came calling.

At Empoli, there was certain hope that he could finally get to the Serie A once again. Gli Azzurri had only just been relegated and they had a well established record of plying their trade in Serie A in the decade. Maurizio Sarri had made them a rather relevant force during his time there, and Caputo was coming to a club that offered him a potential chance to make an even bigger splash. And he did just that.

In the 2017/18 campaign, he amassed his highest goalscoring tally ever by scoring 27 league goals. He also racked up six assists, and finished as the highest scorer in the division. He formed a rather devastating striking partnership with Alfredo Donnarumma, helping Empoli to promotion once again. While Donnarumma was sold in the summer of 2018 to Brescia, Caputo was set to play in the Serie A for the first time on a regular basis and he disappointed absolutely no one.

In an Empoli team that, in the 2018/19 campaign, was filled to the brim with stars that later left them for greener pastures, Caputo really thrived in the Serie A. While it was a surprise for many to see a 31-year-old Ciccio firing in the Serie A, it was just where he had always wanted to be. After years of obstacles and doubt, he had finally made it. He scored 16 goals that season and while Empoli did go down to the Serie B in rather dramatic circumstances on the last day of the season, a lot of Empoli players were there to stay.

Caputo would thrive on the service he would get from the likes of Diego Farias, Giovanni Di Lorenzo, Ismaël Bennacer and Rade Krunić. Three out of those players got plucked by bigger entities in the summer of 2019. Caputo, at the age of 31, was at least seven or eight years older than the others. For him, the context was much different. He wasn’t viewed as an upcoming star in the market and it was believed that his best years were well behind him.

Elsewhere, Sassuolo lost a whole host of players in the summer of 2019. Former Benevento boss Roberto de Zerbi had already acquired a name for using a possession-oriented style of football that relied on playing out of the press and vertical passing. The squad needed a change to fully meet De Zerbi’s stylistic demands. Khouma Babacar had departed and a new striker was needed – someone who could marshall the club’s attack, hold the ball up, bring others into play and score goals.

The neroverdi shelled out €7m to bring Caputo to the Mapei Stadium. They made loads of other bargain deals in the same window and Caputo’s move hardly got the same amount of attention as Di Lorenzo’s move to Napoli and that of Bennacer and Krunić to Milan. What Caputo brought to the table suited Sassuolo. He was cheap, experienced, brought others into play and scored goals. Like it was at Empoli, he needed the players behind him to provide enough service.

Fast forward to now, and Ciccio has contributed to 36 goals in 42 league appearances under De Zerbi. Sassuolo’s approach to the game didn’t really get too much attention last season – even though they finished eighth and 11 points behind Napoli. It was a build-up to a system that has become more cohesive over time, relying on Manuel Locatelli’s ball distribution, Jeremie Boga’s pace, Filip Đuričić’s creation, Domenico Berardi’s ability to cut inside. The backline’s ability on the ball makes for effective progression and all of it works in Caputo’s favour.

The connection that Caputo has with Sassuolo is something that has elevated his status in the eyes of many Neroverdi fans, and it resembles the connection that he had with Bari. Having already contributed to eight goals in Serie A this season, he’s finally getting the credit that he has deserved over the last few years.

While De Zerbi’s system has brought the best out of Caputo in many ways, the 33-year-old’s rise, fall and climb back to prominence is another story in Calcio that should be applauded. Caputo has gone from having considered retirement not too long ago to being a character who has inspired many other players – players who ply their trade in the lower divisions of the game, and who now have a shining example to follow.

Inter CEO Marotta all but confirms Eriksen departure in January