FEATURE | How Simon Kjær finally settled into Serie A 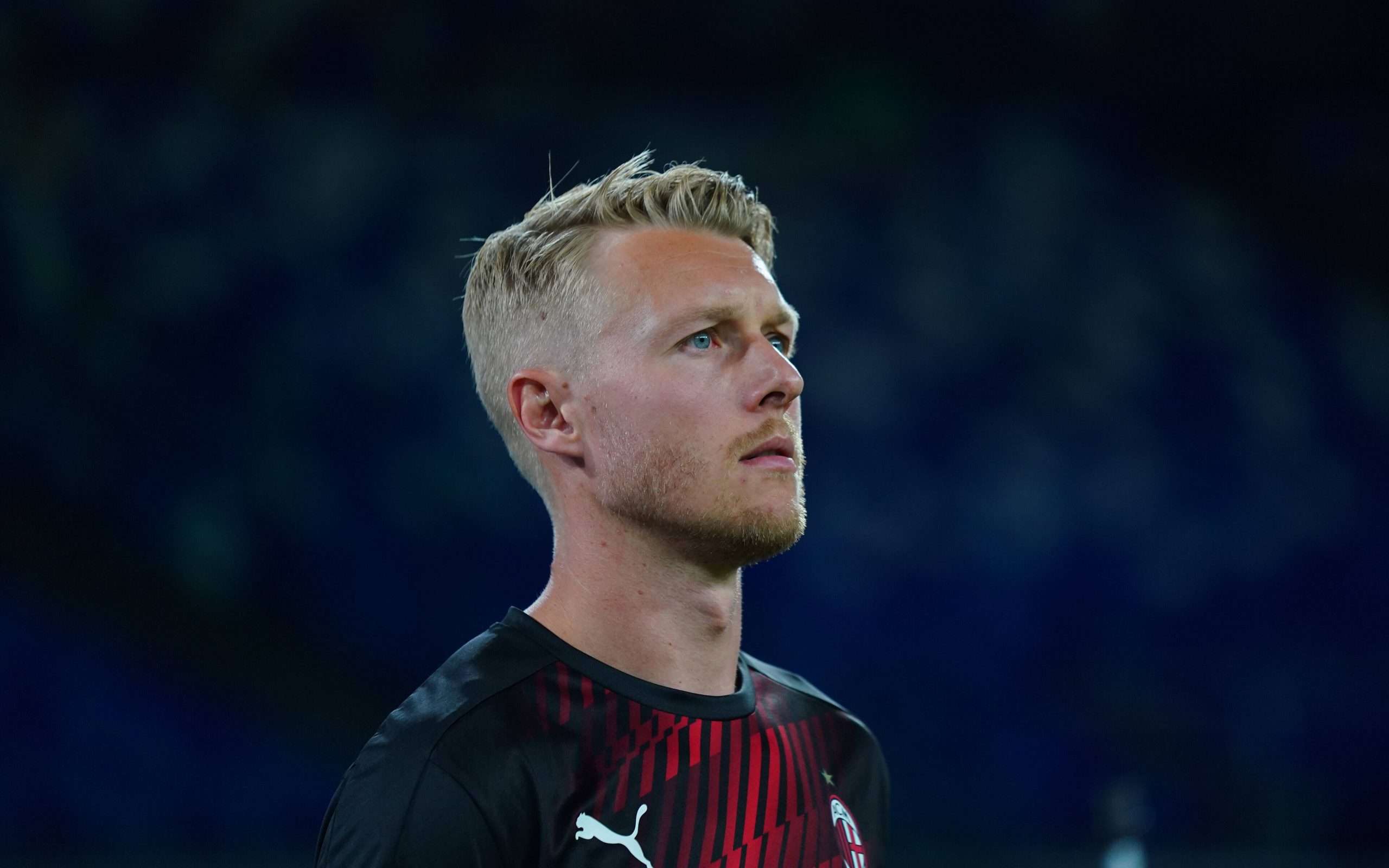 On Wednesday morning, it was announced that Milan would be taking up the option to bring Simon Kjær to the club on a permanent deal from Sevilla. It was a move that seemed almost inevitable, given the centre back’s form in recent months.

Yet it has not all been plain sailing for Kjær this year in Italy. He started the campaign at Atalanta, but lasted a mere four months in Bergamo.

Having struggled in the first part of the season, there were concerns that Kjær would be unable to fit in at Milan as well. Instead, the Danish defender has proved the doubters wrong, becoming an integral part of the side’s backline.

Let’s take a look at where things went so wrong at Atalanta, and then so right at Milan.

When Kjær joined Atalanta on the final day of the 2019 summer transfer window it looked to be a shrewd piece of business for the club. The defender had played in some of the top leagues across Europe including in Spain and Germany, and having represented Denmark on the international stage for the past decade it was thought that he would bring some much needed composure to the Atalanta defence.

However, it did not work out that way. The first issue that faced Kjær was that he was not Atalanta’s first choice acquisition. Gian Piero Gasperini had brought in former Liverpool defender Martin Škrtel earlier in the summer, only for the experienced Slovakian to fail to settle, leading to his departure within a month of arriving.

Atalanta needed a replacement quickly, and turned to Kjær. Unfortunately for them and the Dane, the defender had hardly featured in pre-season for Sevilla and needed time to get up to speed.

Still, he made a promising start, keeping a clean sheet on his debut in a 2-0 away win at Roma. That was to prove to be a false dawn. Over the following weeks, he failed to cement his place in the side, and in just his third start for the team he made a basic error.

Trying to dribble out of defence, he was caught in possession, allowing Udinese forward Stefano Okaka to race through and score the opening goal of the game. Kjær was bailed out by his teammates, who went on to score seven unanswered goals in the rest of the match, but it did give a clear indication that the newly-signed centre half was having difficulty finding his feet.

Kjær’s problems were further highlighted by how well the rest of the team were playing. Atalanta are one of the best coached sides in the league, with every player knowing their role in the team. Everyone except Kjær, it seemed. His mistake against Udinese was an example of his muddled thinking. Had he been brought in to tighten up the defence and add experience? Was he expected to be a ball-playing centre back, or should he leave that to the others? It appeared that he did not know.

The Udinese game was to be his final start for the club. Six weeks later, it became clear that he was no longer needed. After Atalanta’s final group game of the Champions League, Gasperini explained why he had left Kjær out of the squad.

“I can also explain that Simon Kjær was not injured, the only reason he didn’t come today was my decision. He’s an excellent player, but struggles to interpret our style of football. He has other characteristics and I tried him out, but was not convinced,” he said.

The message was clear. Kjær was free to go.

In mid-January, Kjær got a fresh start. The 31-year-old had been a flop at Atalanta, and hardly impressed when at Roma during the 2011-12 season. Perhaps he simply did not suit Italian football.

However, Milan manager Stefano Pioli seemed confident that he could adapt. Two days after arriving, Kjær was handed his debut against SPAL in the Coppa Italia, helping the side to a 3-0 win. He then went on to start the next two league games as he established himself in the Milan line-up.

In recent seasons, Milan had been looking for a partner for Alessio Romagnoli at the heart of the defence. The likes of Leonardo Bonucci, Cristian Zapata and Mateo Musacchio have all tried to fill the void with little success.

Yet Kjær may finally be the answer to Milan’s problems. Playing in a back four, a role that he seems much more comfortable in as opposed to Atalanta’s back three, Kjær has looked far more settled alongside Romagnoli, and Milan’s record with the duo makes pleasant reading for fans of the Rossoneri.

Milan have won eight of their ten league games that the pair have started together, dropping just five points in the process. It is a run that has taken the side from mid-table mediocrity to the Europa League places.

Milan have turned their form around impressively since the turn of the year, and Kjær has been one of the key figures in their resurgence, which has earned him a well-deserved permanent contract.

Will Kjær Fit Into Rangnick’s Plans?

Ralf Rangnick is set to take over as Milan manager and sporting director when the season concludes, despite the club’s upturn in results under Pioli.

Many expect Rangnick to make drastic changes to the squad, as he seeks to move Milan back towards the summit of the table. This leaves fans wondering who will be deemed surplus to requirements.

Kjær ought to retain his place. Milan currently possess the fifth-best defensive record in Serie A, indicating how this is one of the stronger areas of their side. In Kjær, Romagnoli and Theo Hernandez, Rangnick has some talented defenders from which to build his side around.

It has not been the easiest year for Simon Kjær. From an outcast at Sevilla, to losing his way at Atalanta, it appeared that his career was heading in the wrong direction. He has got back on track at Milan though, showing that he remains a reliable centre back with plenty to offer.

With Rangnick’s revolution around the corner, exciting times lie ahead for Kjær and Milan.