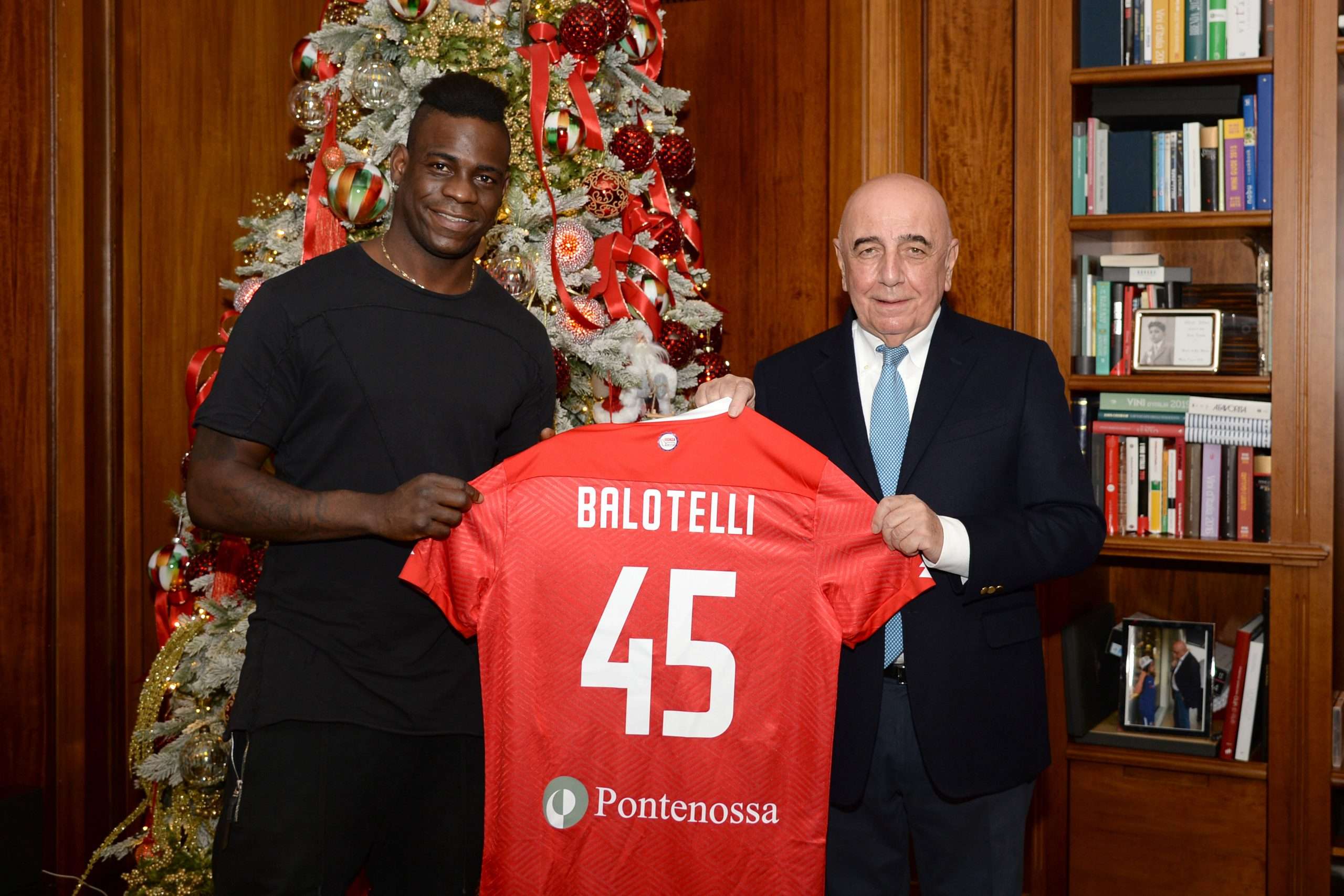 Silvio Berlusconi is a man who knows how to impress people. On July 17th 1986, the day that marked the beginning of his first season as AC Milan president, he made an entrance that changed the world of football forever, landing with his helicopter in the middle of Milano’s Arena Civica accompanied by the notes of Richard Wagner’s ‘Ride of the Valkyries’, a tribute to Apocalypse Now.

It was a sign of his ambitions: he wanted only greatness for Milan. Many took him as a fool but facts proved him right, as under his presidency the Rossoneri became a powerhouse capable of winning five UEFA Champions Leagues, eight Scudetti, two Intercontinental Cups and one FIFA Club World Cup.

His recipe was pretty simple: buying the best players available and letting them be coached by the best coach available, someone who could translate on the field his ambition to win by playing entertaining football.

He sold Milan in 2017 to Yonghong Li, a mysterious Chinese entrepreneur who lost the club 12 months later because he couldn’t pay his debts back to Elliott Fund. He’s now under investigation by the Attorney General of the city of Milan for giving false information during the purchase of the club.

Berlusconi was forced to sell the club because his family business and Milan’s holding company, Finivest, was in big financial trouble. Everybody believed that was the end of his football journey, but then in September 2018 came his coup de théâtre: for €3 million he bought Monza, a third division club that had never played in Serie A.

All those close to him had said that this was a move driven by romanticism, rather than ambition. Berlusconi himself confirmed that vision by saying: “I want a young team full of Italian players. I want them with their hair in order, no earrings or tattoos allowed. They will be an example on the field, treating opponents and the referee with respect. I want something different in modern football”.

He wanted something new and in order to accomplish it, he didn’t come back alone. He brought with him his closest advisor, a man who contributed to create Milan’s successes, a bald executive with a taste for entertaining the media and with a long list of contacts: Adriano Galliani.

“In 24 months we will be in Serie A” Galliani said during the early days confirming what turned out to be Berlusconi’s real aspiration: playing against Milan at San Siro.

The first part of the job has been done last season with the promotion from Serie C to Serie B, after an irresistible campaign put in danger only by the suspension imposed by the federation because of the COVID-19 pandemic. Now comes the hardest part: being promoted in Serie A.

At the same time, he had to break Berlusconi’s dream of building a team of good guys. First came Kevin-Prince Boateng, a player who in the span of less than 24 months went from playing at Camp Nou for Barcelona alongside Lionel Messi in front more than 80,000 people to score a penalty against Cittadella in an empty Piercesare Tombolato, a stadium with a seating capacity of 7,623.

If that wasn’t enough, out of nowhere Monza this week hired Mario Balotelli. He signed a contract until June 2021 for €400,000 with bonuses connected to how many games he will play, and if the team will reach the promotion.

His signing has been accompanied by the same words that have followed him throughout his career: “This is his last chance”. It happened in 2014 when he left Milan to join Liverpool. Back then, he said that he committed a mistake by going back to Italy but signing with Reds also proved to be a mistake as he was supposed to be Luis Suárez’s replacement and managed to score only one Premier League goal.

“Last chance” had also been the title of his stint at Nice. He joined the French team in 2016; he was coming back from a disastrous loan at Milan, also labelled as a last chance after his failure with Liverpool. A disaster so big that when he came back from Italy, the Reds sold him for free as Jürgen Klopp didn’t want to deal with him at all.

It may be hard to believe for a player who won the Treble with Inter in 2010, and who was part of the Manchester City squad that in 2012 won the club’s first Premier League title in 44 years in the most dramatic way, but his time in Nice has been the pinnacle of Balotelli’s career.

He managed to score 43 goals in 76 games overall, achieving what seemed to be impossible at that time: being called up again for the Italian national team. Everything seemed perfect. For once, he benefited from one of his last chances, proving that he was capable of being a reliable player and, even more important, a responsible adult.

Then things went south. In 2018, a harsh argument with Nice’s coach Patrick Vieira, a former team-mate of his at Inter, almost developed into a fight. Because of that, he left the club in order to join Olympique de Marseille where he scored eight goals in 15 Ligue 1 games before ruining everything with a red card on his very last game with the club.

In 2019 he signed with Brescia, his hometown club. The ultimate definition of a last chance. It was supposed to be a dream: he should have helped the team in avoiding relegation and in doing so he should have convinced Roberto Mancini to call him up for Euro 2020. Instead, he got fired in June because he didn’t show up for training.

He hasn’t played a game since March 9th and he trained for months with Sporting Franciacorta, a fourth division team, waiting for a new call. Nobody from Serie A came. Nobody had faith in him despite being only 30 years old. Only Brazilian club Vasco da Gama put a real offer for him on the table.

Then, Adriano Galliani opened his agenda full of contacts and called his old friend Mino Raiola, Balotelli’s agent, to make an offer he couldn’t refuse.

Don’t get it wrong: this isn’t some nostalgic operation. Galliani and Berlusconi are not trying to recreate a beta version of their old Milan. Obviously Balotelli’s signing goes beyond the football boundaries, as proved by the immense press coverage and the memes circulating on social media.

What they’re really doing is trying to build a team capable of killing the league and Balotelli could be really helpful. It’s a cheap bet that could turn in a fortune for Monza as there is a lot of money on stake.

On November 20th, Lega Calcio accepted a €1.7 billion offer from CVC Capital to become partners in the new media company that from next season will sell Serie A TV and commercial rights. A part of those €1.7 billion will be shared among the 20 clubs right now in the top tier but a share will be destined too to the clubs that in the next five years will come up from Serie B.

In addition, CVC has also guaranteed incomes for a minimum of €1.08 billion every year for three years. In this case, that money will be shared only among the Serie A clubs.

The math is simple: the sooner Monza are promoted; the more money the club will get. That’s why Balotelli is back, once again, for his latest ‘last chance’.