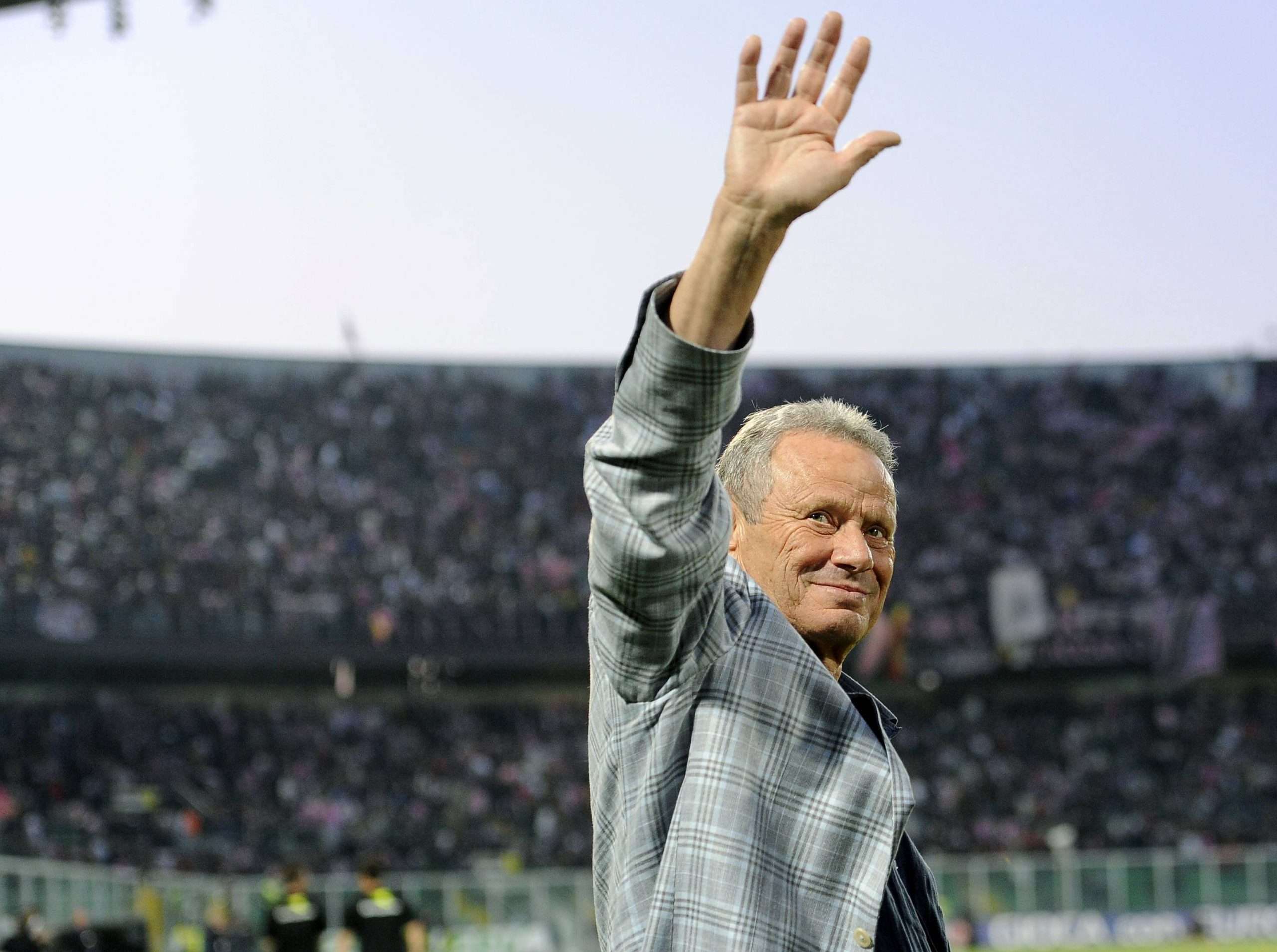 This piece is taken from Issue 2 of The Modern Footballer, Get Football’s publication dedicated to European football. It includes in-depth analysis of the latest goings-on at the continent’s biggest clubs, a range of player profiles, and feature articles. You can get your hands on a copy of your own for more pieces like this one here.

The term Gattopardismo is used by Italians to describe the ability to withstand upheaval in order to guarantee one’s status in society. It comes from Giuseppe Tomasi di Lampedusa’s landmark 1958 novel Il Gattopardo, in which a noble Sicilian family, headed by the apathetic Prince Don Fabrizio, bear witness to the societal changes brought about in the late 19th century from the vantage point of the outskirts of Palermo. Such is the impact of the novel – famous to international audiences for Luchino Visconti’s 1963 film adaptation – that the term derived from its title has gone on to be synonymous with the ways in which the upper classes and nouveau riche reinvent themselves, but also falter over time.

It is fitting that a century and a half on, the city had its own Gattopardo figure in the form of eccentric football club owner Maurizio Zamparini. In a country where the loud-mouthed, outlandish owner dominates the sporting landscape, Zamparini manages to stand out impressively. He takes the unconventional management and abject lack of rationality to new heights, running with the stereotype further than any of his fellow presidentissimi.

The Friulian had previously spent fifteen years at the helm of Venezia, a club which under his tenure would enjoy modest success as it seesawed between the top-flight and Serie B. Exasperated at the impossibility of building a new stadium – he had offered to pay for it out of his own pocket in return for land to build a shopping centre – Zamparini left his native north-east Italy and headed south.

By 2004, Palermo would return to Italy’s top-flight after a 30-year absence – a feat that earned Zamparini an honorary citizenship of the town. Two years later, they would reach the last 16 of the UEFA Cup, a competition the Sicilians would regularly qualify for thanks to their high finishes in the early years of their return to Serie A – including three 5th place positions. In that time, the Rosanero shirt has been donned by the likes of Edinson Cavani, Luca Toni, Javier Pastore, Andrea Barzagli and more recently Paulo Dybala.

Nevertheless, the fate of his Palermo tenure, ultimately, mimics that of Il Gattopardo’s noble house of Salina – a heyday of bombastic pomp spent among the elite that gradually erodes in credibility, as they wither away into irrelevance, outmanoeuvred by their more adroit contemporaries. With so much upheaval on a yearly basis, it was impossible to build a long-lasting project, however many talents made up the squad.

In 16 years of presidency, no less than 29 managers were fired, with the job changing hands more than 40 times. The 2015/16 season was particularly volatile, with eight different tenures over the campaign – Beppe Iachini and Davide Ballardini each taking charge on two separate occasions. The precarious nature of the Palermo job was the hallmark of an incessant, erratic, and often unsuccessful search for short-term success that characterised the latter half of Zamparini’s reign. In his desperate attempt to keep Palermo in the spotlight of Calcio, the owner would capriciously go through coach after coach. By the time he anointed his latest managerial find as Palermo’s saviour, the media attention would also have long since shifted elsewhere.

Just as Don Fabrizio, Zamparini has at times acted as though he were the last rampart to Piedmontese hegemony, albeit with an attitude that is anything but apathetic. Countless times he has claimed that the referees of Serie A were out to get him and his club specifically, while calling out the likes of Inter – “they only know how to rob”. His comments looking back on the Calciopoli scandal of 2006 were a clear lament of this domination – “This football is rotten, Calciopoli is just the tip of the iceberg. I was saying it even when there weren’t any suspicions”.

The fact remains, though, that these Northern clubs are still widely supported throughout Sicily. Although Turin is no longer the political capital of Italy, it is very much its current footballing centre – and the long-running success of its flagship team has seen support spread all over the country. Garibaldi had needed a thousand men to conquer Sicily; Juventus managed it with only 11.

Despite the club’s recent troubles, any Palermo fan will recognise that the first decade under Zamparini was one which saw the club reach unprecedented heights under an owner genuinely invested in the team. For a Northerner, Zamparini would develop a strong link with the island, constantly arguing in favour of its autonomy. He had suggested introducing a separate currency and was against the construction of a bridge to create a link with the mainland – ‘Sicily should not be linked to politics in Rome, but to politics in the world.’ The Friulian would even venture into politics, creating in 2011 his ‘Movement for the People’: “Italy and the World needs a new cultural model.”

He has been an owner with a volcanic character befitting of the island. The few instances where he would take a step back and leave sporting matters to others would not last long – Pietro Lo Monaco, hired by Zamparini as a delegate, would resign after four months – just one from a long list of directors who would see themselves unable to work with the owner, who always remained an overbearing presence.

In the end, his grand schemes and dubious behind the scenes activity would catch up with him, just as he left Palermo. Shortly after Zamparini sold the club for a symbolic €10, the club went bankrupt at the end of the 2018/19 season and was founded again for the fifth time in its tumultuous history. With all football in Italy brought to a sudden halt in March due to COVID-19, the Serie D season was officially called off, and Palermo were granted promotion back into the third tier.

The end of Il Gattopardo is an admission of defeat to the Turin-based political classes, as the old regime slips out of memory. As Palermo duly climb their way back into top-level Calcio, Maurizio Zamparini’s tenure will be best remembered for the erratic management he saw as the only way to keep the club going, rather than the more than respectable successes he has overseen.

A polarising figure that constantly changed and adapted the dynamics of his club, Zamparini may have come from the maligned north of the peninsula, but has understood the Sicilian psyche better than anyone. It was precisely the one Lampedusa conveyed in his novel to tell the story of Italian unification from the island’s perspective, rather than from the domineering north. The businessman also managed to fend off mafia involvement in the club, although he would later be reprimanded for claiming that “sometimes I think the mafia is an invention to give a salary to those who work against it.”

In early 2019, Zamparini had been placed under house arrest after some ‘creative’ accounting and money laundering in order to inflate the club’s value – he had specifically founded a company to take ownership of the club and bypass regulations – this earned him a five-year ban handed down by the Italian FA. Nevertheless, he would maintain his innocence when it came to the downfall of his former club, characteristically speaking in third person – “someone made Palermo disappear, and it wasn’t Zamparini.”

His departure from football would have a clear sense of disillusionment and bitterness – “I feel defeated by a pseudo-sporting world, where despite my 25-year-long fight, sporting values are increasingly missing and where we are reigned over by the economic and media power of 3-4 clubs who want to divide the titles between them.” Just as a handful of men from the north of Italy – Cavour, Garibaldi, Mazzini – were able to decide the fate of Sicily from Turin.

Ultimately, Maurizio Zamparini’s rallying cry against football’s aristocracy was to no avail and it fell on deaf ears. Much like the Prince of Salina, the Palermo owner was unable to stem the fervent tide from the north, with the domination of the likes of Juventus and Inter having an air of inevitability about them. Football became a world in which he, like many other anachronistic presidentissimi, became the outsider as younger and more competent counterparts took over and shaped the future of the country. Despite his constant attempts of renewal, there was to be no such Gattopardismo.

While the battle was lost on the pitch, it was another story in the stands. When Palermo went down to the fourth tier, they sold a record-breaking 10,000 season tickets for the Renzo Barbera stadium before the season started. The monopoly of successful northern clubs on Sicilian support was broken, as fans flocked to see a club that could represent them better. In the end, on top of the highlights he provided in his first decade of presidency, that will have been Maurizio Zamparini’s legacy.