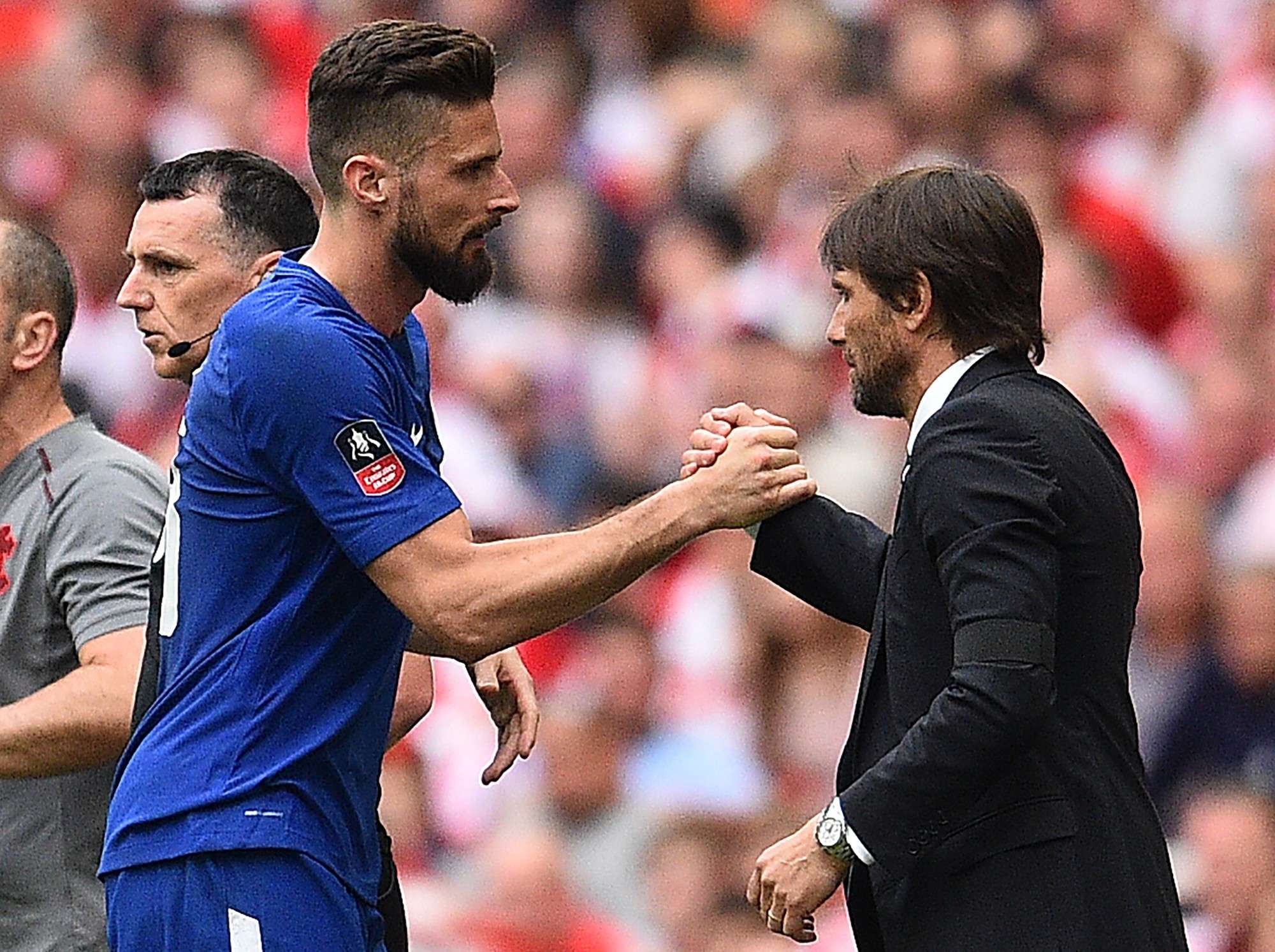 With his agent pictured leaving Inter’s head office, Sky Italia claim that French striker Olivier Giroud has agreed terms with the Nerazzurri and could move to San Siro later this month.

The 33-year-old is the prefered target of Antonio Conte after the two worked together at Chelsea, and according to Gianluca Di Marzio, the only stumbling block is the demand for a €8-10 million fee which Inter are looking to half.