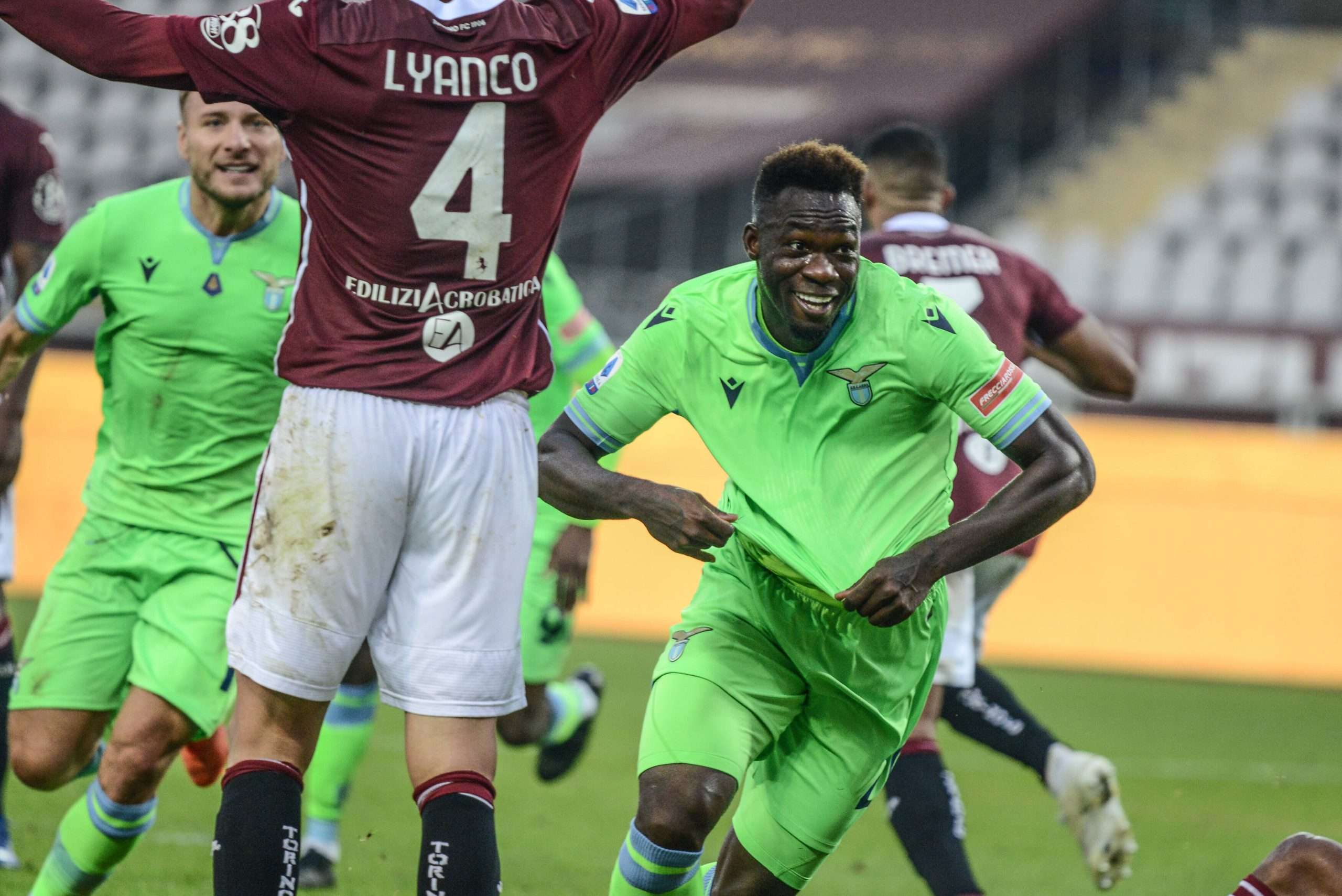 This past week was overwhelming and exhausting for the Biancocelesti. They came off a hard-fought draw against Club Brugge in the Champions League that saw 12 players miss the match due to injuries and illness, and followed up with another exuberant performance. Ciro Immobile and Felipe Caicedo scored late into injury time to help Lazio come back and win 4-3.

“I think this is an extremely important victory and a difficult one against a team that was well-organized.” Inzaghi told DAZN.

Their match versus Torino was in jeopardy, as Covid-19 struck Lazio badly this past week. After numerous tests over the weekend, and many speculating that this match was in doubt, most of their tests came back negative. The encouraging news was that only a limited number of players were struck by the virus, which included midfielder Luis Alberto.

Simone Inzaghi made three changes to his line up from the previous match, and the Torino game saw Vedat Muriqi and Andrea Pereira make their first start for Lazio. Luiz Felipe returned to the lineup as well and made his second appearance this season. Ciro Immobile, Lucas Leiva and Danilo Cataldi were also some notable players who returned to the squad but started from the bench, as they had limited training sessions throughout the week due to illnesses.

Marco Giampaolo will be disappointed that his men were unable to secure the three points, as Lazio continue to show great character and resilience.

After a strong start to the match which had Torino control possession, Lazio responded with a great buildup play that started from Sergej Milinković-Savić and ended with Pereira’s strike, his first goal as a Biancoceleste.

The lead was short lived as Torino scored two straight goals in the span of ten minutes to gain their first lead. Bremer scored off a corner kick, as Francesco Acerbi left the Brazilian unmarked and with ample time to convert Verdi’s delivery. Minutes later, Andrea Belotti scored from the spot to give himself his sixth goal this season, now trailing Zlatan Ibrahimović by one in the scoring charts. It was a controversial call, as Pereira was fouled for tripping Belotti on the play, yet the review showed little contact had been made.

Minutes after the restart of the second half, Joaquín Correa used his speed and movement well to win a free kick from outside the Torino goal. Sergej Milinković-Savić elected to shoot the ball on target, and beat Salvatore Sirigu with a precise shot to level the score.

With the match tied for most of the second half, the floodgates opened up right before injury time. Off a throw in from Milinković-Savić, Wesley Hoedt did a poor job of controlling the pass and Saša Lukić was on hand to outmuscle the defender and win possession. Pepe Reina came running out of his box, yet the midfielder showed great patience to get around the goalkeeper and two defenders to give his side their second lead.

“We conceded the goal for 3-2 in a bit of a strange situation, but we never stopped believing. In the first half, we had the right approach, even if we weren’t always efficient enough with our finishing,” Inzaghi said.

“To a degree, we made life difficult for ourselves with some errors on set plays and a throw-in. Every game has its hidden dangers.”

However, Torino’s lead was short lived as Immobile was awarded a penalty, as a handball was called on Torino defender Nicolas Nkoulou. The ball came off his chest, and then directed off his hand although he didn’t make his body bigger nor showed any attempt to use his hand. The Belotti and Immobile penalties were two instances where VAR was not used properly, and had a negative effect on the outcome of this match.

With minutes still to be played in injury time, Lazio advanced forward into the Torino goal once more, and this time it was the comeback hero Caicedo who scored to give his side a 4-3 lead, ending up as the game winner.

Lazio continue to find different ways to win this season, through the character they have shown. They have overcome injuries, illnesses and are now providing late winners to win their matches. It has been a difficult week for Inzaghi and his men, yet the Lazio manager joined in on the celebration, which was rightfully deserved.

“I couldn’t miss out on that hug with my lads, especially after the week we’ve had. We were missing so many players, but this squad proved it has values at its core,” Inzaghi added.

“It has been a difficult week for us and we would prefer to work in different circumstances, but there’s not much we do about it. We had to adapt.”