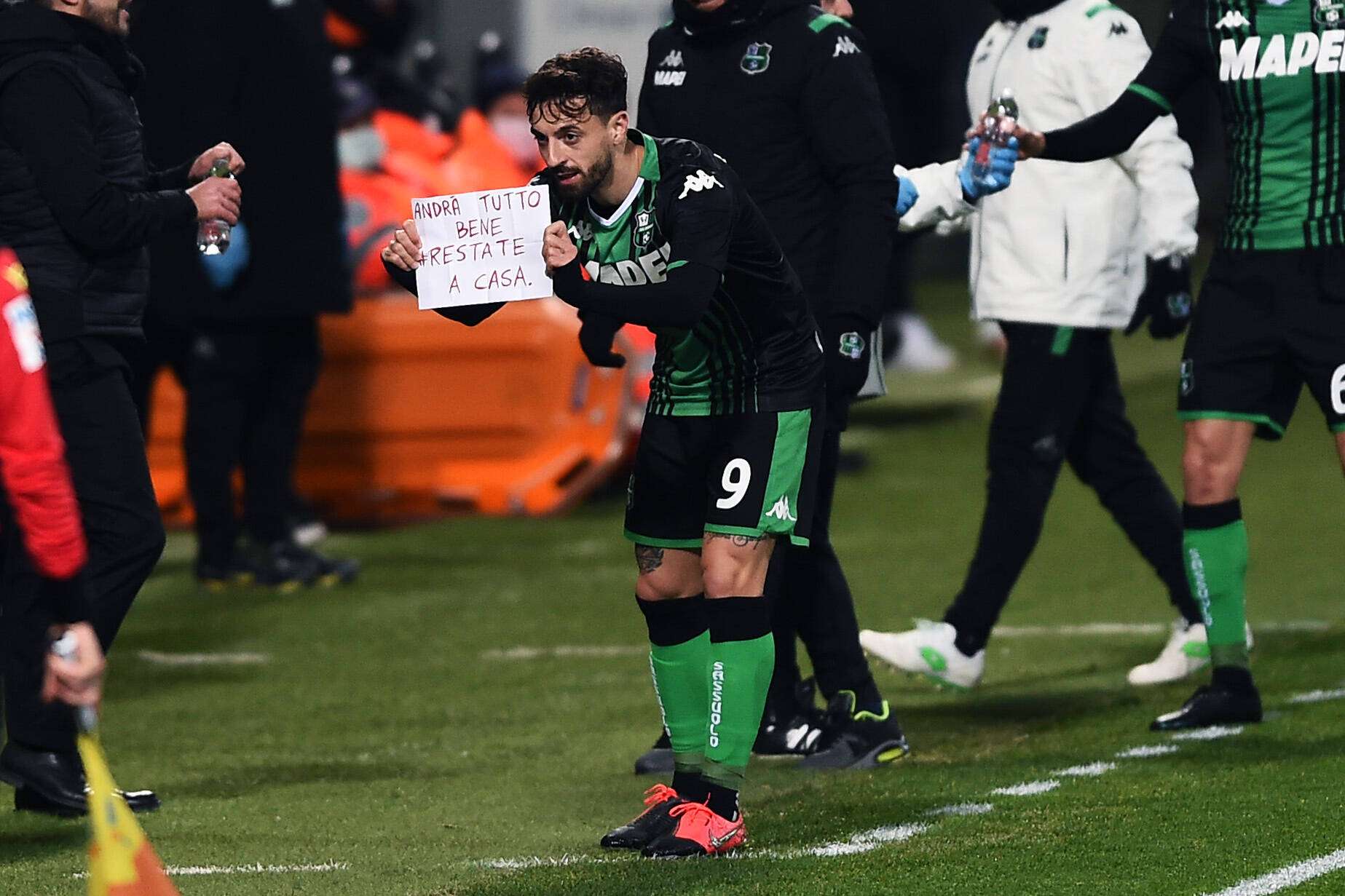 Sassuolo striker Francesco Caputo spoke to Sky Sport on the anniversary of the final match before Serie A was suspended last year as a result of the Covid-19 outbreak – a 3-0 win in which the forward famously celebrated by holding up a sign urging Italians to stay home.

Having opened the scoring on the stroke of half-time, the now-Italy international ran to the sidelines to brandish the piece of paper saying “Andrà tutto bene. Restate a casa.” – “Everything will be fine. Stay at home”.

Caputo’s celebration became an iconic image on the eve of a months-long lockdown in the peninsula, as then-prime minister Giuseppe Conte had just announced the extension of the “red zone” over the entire country.

“It’s a memory that stayed with me, because it was the last match before the break. The atmosphere was difficult and delicate. The idea for the sign came about thanks to my wife, who told me before the game to send a message to all Italians.”

“I wrote it in the moment, I handed it to the team manager and then I showed it after the goal.”

“This seems like a war, it’s difficult because we’re still in the middle of a pandemic, but we’ve now become “better” at living with it. We have to keep respecting the rules because they’re important. Right now I’d like to write a sign saying ‘let’s get vaccinated’. I think that’s the right way forward, the best path. It’s not easy, but by vaccinating ourselves and with everyone’s commitment we can get out of this situation.”