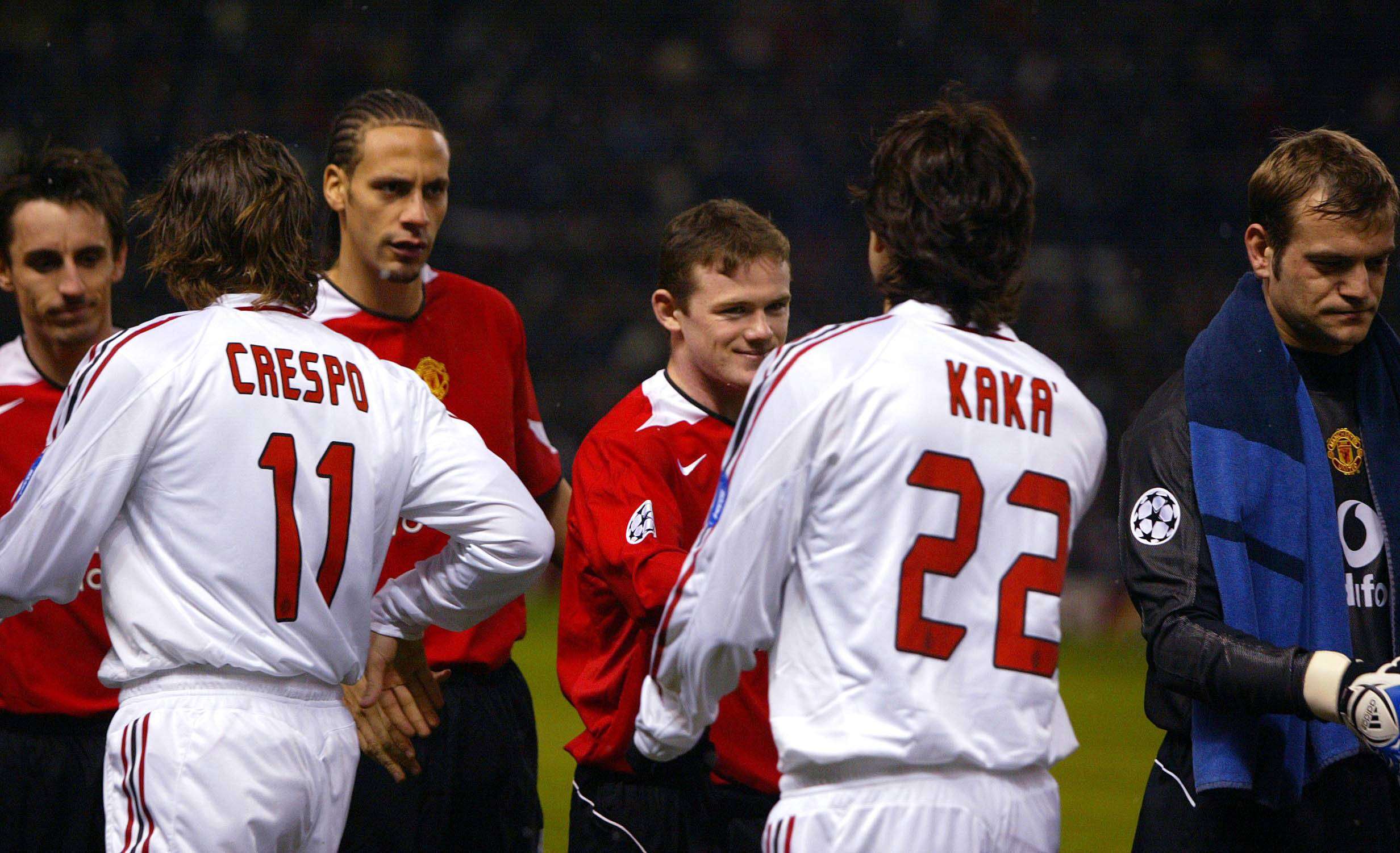 Matches between Manchester United and AC Milan at Old Trafford have always offered up something for European football history.

In 2007, Kaká pulled off one of the most iconic goals of his career. Receiving a long pass from Nelson Dida, the Brazilian won a duel shoulder versus shoulder against Darren Fletcher, then dribbled past Gabriel Heinze with a soft lob followed by a crafty header that led Patrick Evra to crash into his own Argentinian teammate.

In 2010, Red Devils fans welcomed David Beckham back for the first as an opponent. Since he left Manchester to join Real Madrid’s Galacticos in 2003, he had never come back to The Theatre of Dreams. That night, he started the game on the bench but when he came on, Old Trafford erupted. A display of affection so true, so big, so passionate that the former Spice Boy almost broke into tears.

And if you go further back in time, there’s the iconic 1969 Champions League semi-final in which Milan’s goalkeeper Fabio Cudicini, the father of former Chelsea’s keeper Carlo Cudicini, earned himself the nickname The Black Spider. His unbelievable saves made United fans so angry that one of them hit him with a cast iron block.

But all of those games ended with the same result, with Manchester United winning the match.

Among the five times the two teams have played at Old Trafford in European competitions, only one occasion saw the Rossoneri as winners. It happened on February 23th 2005, a game very often forgotten.

It was the first leg of Champions League last 16.Manchester United had finished second in their group because of a surprising 3-0 defeat against Fenerbahçe in the last game of the stage that left Sir Alex Ferguson’s side behind Lyon.

A minor inconvenience, as United were undefeated in the nine games before that game and then lost only one of the 13 games that they played between that day and the Milan clash. They were on a good run but that defeat was a tough one as it came against Chelsea in the League Cup semi-final. To be precise, that defeat came against José Mourinho, the man who the season prior eliminated Manchester United in the Champions League, on his way to an unlikely triumph in the competition.

Despite that, Ferguson felt confident going towards the game against Milan, the reigning Serie A champions and the favorite to win the Champions League that year. He knew perfectly well that the time for a passing of the torch had not yet arrived, and that his team was capable of pulling out another legendary performance overturning the odds.

After all, Old Trafford has never been an easy place for visiting teams, especially on European nights. It could be intimidating and threatening, even for a team like Milan who in 2003 won a Champions League title here by beating Juventus on penalties.

The atmosphere is simply  different from any other place. Experienced players like Roy Keane, Ryan Giggs, Gary Neville and Paul Scholes were familiar with that. They knew how to fire up the place and they could guide younger and skilled teammates like Wayne Rooney and Cristiano Ronaldo through the pandemonium that fans can create.

There were also technical reasons to be confident for Alex Ferguson, as Ruud Van Nistelrooy, a striker with a track record of 34 goals in 35 appearances in Champions League at that point, had recovered sufficiently from his achilles injury to be back in the squad for the first time since November.

Milan, on their part, lost their best striker and reigning Ballon d’Or winner Andriy Shevchenko on the Sunday before the game at Old Trafford due to a cheekbone and eye socket fracture. With Filippo Inzaghi out, Carlo Ancelotti’s only striker for his trip to Old Trafford was Hernán Crespo.

Valdanito was deployed as a lone forward backed by Kaká and Manuel Rui Costa, in a 4-3-2-1 that saw a last minute change as Jaap Stam got injured during the warm-up and was replaced by Cafú.

In the early stages, the rhythm of the game was surprisingly frenetic. After eight minutes, Clarence Seedorf chipped it over the crossbar with an outstanding free-kick and then Paul Scholes, assisted by Quinton Fortune, wasted an incredible chance by missing the goal with a powerful shot from 12 yards.

As time went by, Milan took control of the game imposing their rhythm with a never ending possession that had just one negative side: it led to no occasion. On the other hand, ten minutes before the break Manchester United had their best chance of the game.

Cristiano Ronaldo controlled the ball in his own half and then started a counterattack that found Milan defense badly positioned. Paolo Maldini and Alessandro Nesta followed Wayne Rooney’s movement to the right together, opening a central corridor exploited by Fortune. Ronaldo played it to the South African, who controlled the ball at the edge of the box anticipating Nelson Dida but to do, so he lost his coordination. He couldn’t direct his shot, hooking the ball past Dida but just wide of the post.

The script of the game did not provide for any major plot twist for the second-half.

Milan kept the control of the possession and started to create their chances, despite Manchester United defending diligently. Not even Ferguson’s move to throw Van Nistelrooy in the mix produced any effect.

To break the deadlock, an opportunity was necessary. And that opportunity happened with twelve minutes to go.

Clarence Seedorf dribbled past Paul Scholes cutting to the inside over his right foot and then, from the edge of the box, he fired a blast with a central trajectory. It should have been standard practice for Roy Carroll but United’s keeper was unable to hold the ball.

Like a vulture, Hernan Crespo flew over the errant ball and converted from short range with a simple tap-in.

It was the game winning-goal.

Milan would be victorious in the second leg too, and advance to the final in Istanbul where they played against Liverpool  – but for many Rossoneri’s fans that game never happened.

They would rather remember the night Hernán Crespo silenced The Theatre of Dreams.