Donnarumma on his Euro-winning penalty save: “I didn’t realise we had won.” 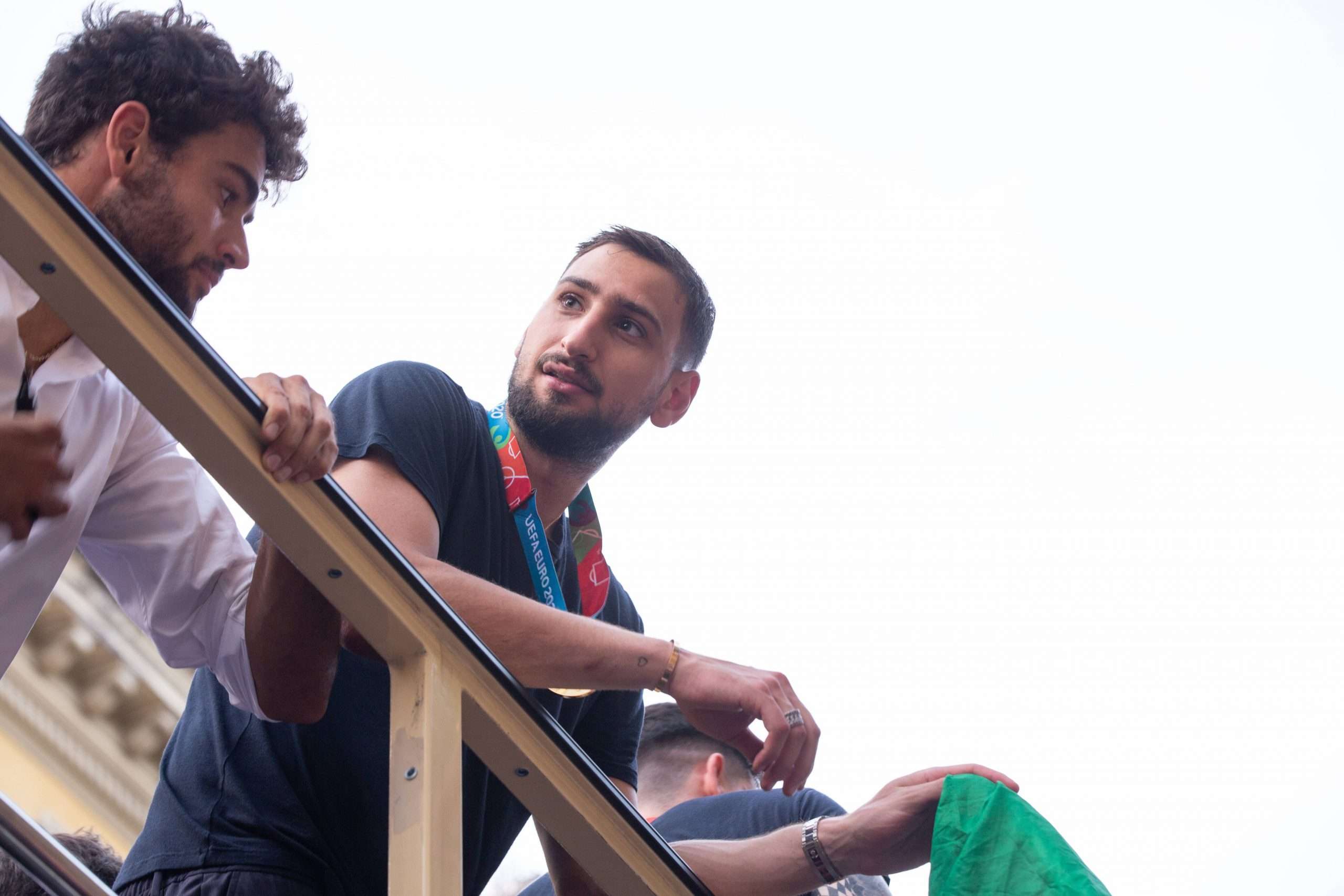 Speaking to Sky Sport during Italy’s Euro 2020 title win celebrations, goalkeeper Gianluigi Donnarumma recounted his penalty shoot-out heroics and his reaction to winning the tournament on saving Bukayo Saka’s penalty. The former Milan and soon-to-be Paris Saint-Germain man looked went on to look back on a summer in which he was awarded the player of the tournament title, playing a crucial role in the Azzurri’s second ever European Championships win.

“On the penalty, I didn’t celebrate because I didn’t realise we had won. I was already on the ground when Jorginho scored because I thought it was over then, but instead I had to go on.”

“These days with VAR, they always look at your feet because you can’t be ahead of the goal line, so I turned to the referee to see if everything was OK. Then I saw my team-mates running towards me and it all went from there.”

“It’s been an extraordinary tournament, also thanks to my team-mates. We all have a great rapport, we’re a great family. That was always my strength, but what’s happened hasn’t quite sunk in yet.”