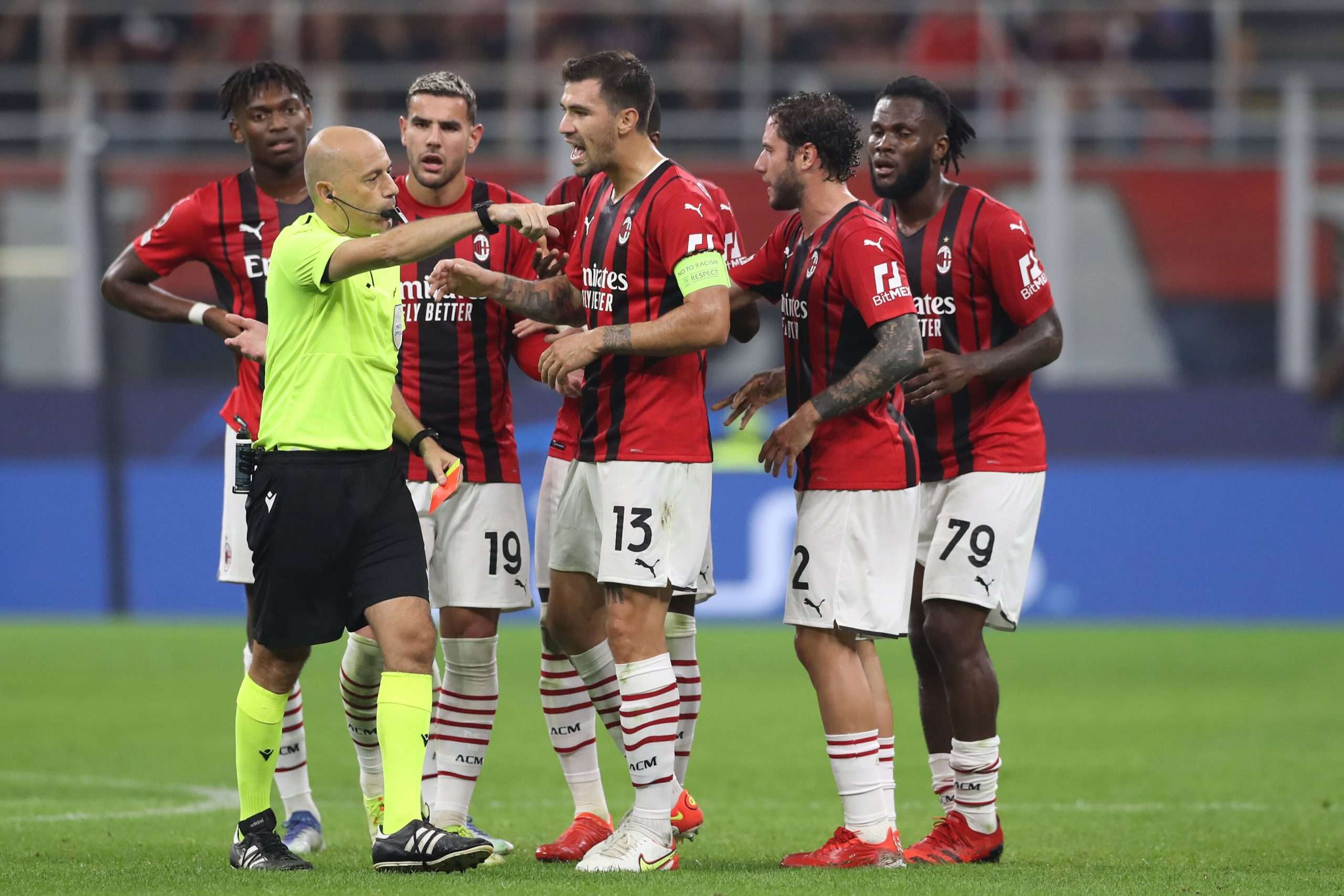 Former Italian referee Graziano Cesari has slammed the decision to hand Atletico Madrid a penalty against Milan in the UEFA Champions League.

10-men Milan nearly held on for a point against Atletico Madrid but refere Cuneyt Cakir handed Los Rojiblancos a penalty, as Pierre Kalulu’s arm hit the ball when the replays showed that the ball also hit Thomas Lemar’s arm in the tangle. Luis Suarez converted the penalty for Diego Simeone’s men.

Cesari spoke to Mediaset after the game and talked about the decision. He stated: “Cakir is looking on from behind, he does not see what is happening apart from the ball touching Kalulu’s hand. Lemar accompanies the movement with his left arm voluntarily, then it subsequently goes on the defender’s arm. VAR was inattentive, these are images that they have. So there is an error by Cakir and then a sensational error by the VAR.”

Milan remain winless in the Champions League and they face Porto in the next two games and it could determine their chances in the competition.

Juventus at risk of potential fine amidst CONSOB investigation