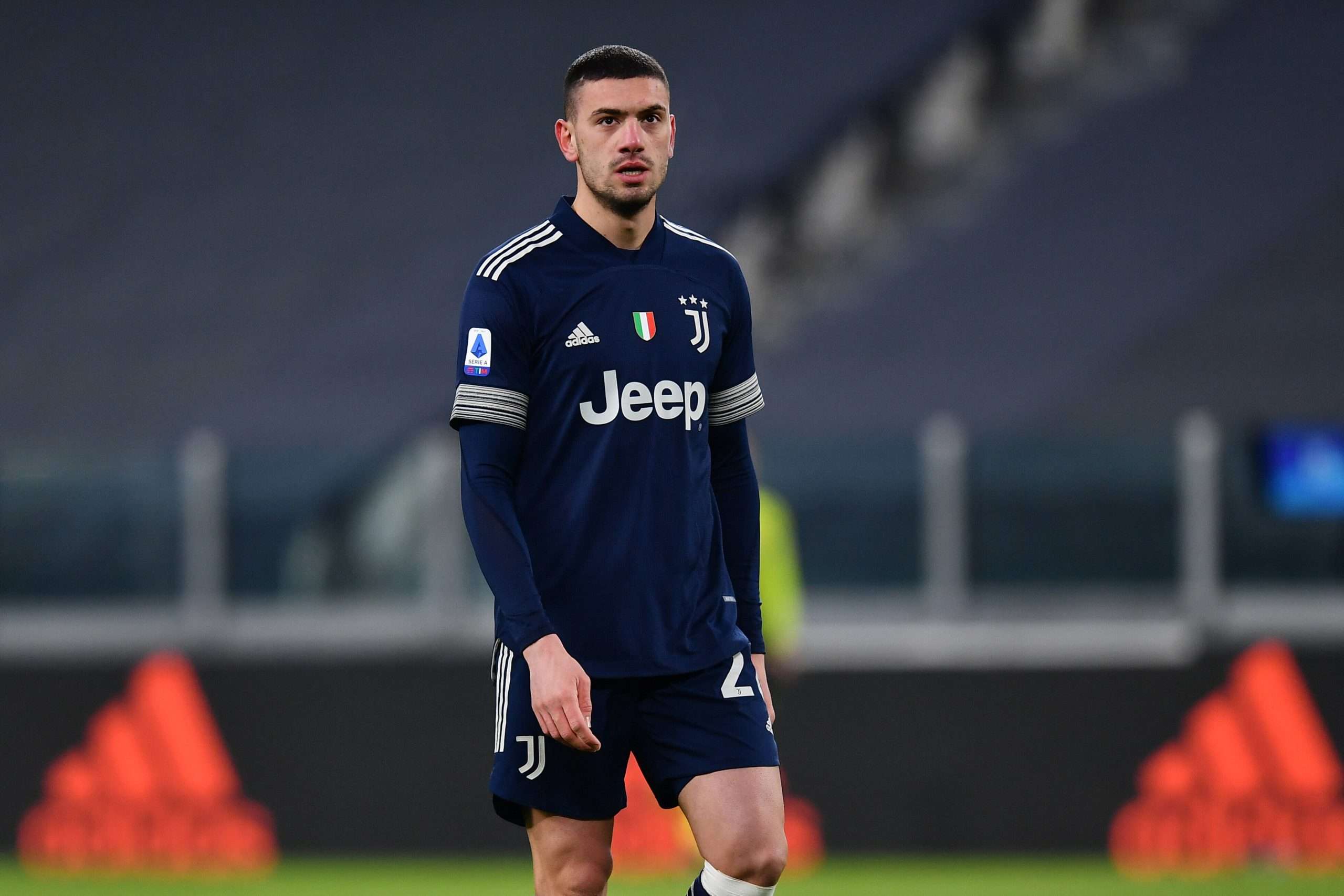 In the 2019 January transfer window, centre-back Merih Demiral joined Roberto De Zerbi’s Sassuolo on loan with an obligation to buy from Turkish side Alanyaspor.

On 24th February, just under a month after signing, he made his debut against SPAL in a 1-1 draw. Henceforth, Demiral became a mainstay in the Sassuolo starting eleven. His presence had a resounding impact in solidifying a porous defence, with Sassuolo having shipped 6 goals to Atalanta just prior to the new year. Therefore, he was arguably their key player in the second half of that season.

With good performances comes interest elsewhere though, and this certainly was the case with Demiral, with multiple clubs across the continent reportedly monitoring the Turkish international.

Ultimately, Juventus were victorious in their pursuit of the youngster’s signature though – as they so often seem to be with emerging talent in Italy. Demiral moved to Turin with the potential of emerging as one of the elite centre-backs of his generation.

Although still 22, this has unfortunately not been the case thus far. Unlike other talents that we have seen fall by the wayside, this can’t be attributed to poor performances though. Demiral possesses a similar ability and potential as to that he displayed at Sassuolo. Instead, minutes have been difficult to come by. Despite appearing for Sassuolo for less than half a year, Demiral has more recorded league minutes donning the Neroverdi jersey (1,260) than a Bianconeri one (880).

Admittedly, suffering an anterior cruciate ligament injury, that put him out of action for over 7 months, was a huge setback. Furthermore, the strong competition Juventus has in defensive positions makes a starting place even more challenging to claim for Demiral. However, it is puzzling to see him almost outcast given his indisputable talent.

So, where do the problems lie for the Juventus centre-half and is a move away from the club (be that temporary or permanent) the only option to maintain his desired career trajectory?

It is a fair judgement to argue Merih Demiral encapsulates much of what is needed from a ‘modern-day’ centre-back.

In the limited minutes he has managed to accumulate in this Serie A season, he has attempted an average of 66.1 passes per 90 at a completion rate of 92.9%. Therefore, being in possession of the ball is something he clearly feels comfortable with, reemphasised by his coolness in occasionally bringing the ball out of defence in pursuit of these passing options. Nevertheless, his strengths are undeniably in the combative, defensive side of the game though.

Standing at 6’3’’, Demiral’s height gives him a huge advantage aerially, winning 3.53 duels per 90 – the highest in Juventus’ squad this season. However, whilst height can also bring almost an awkwardness to certain players, this is not the case with Demiral.

He is a fairly mobile centre-half, showing why he can also fill in at full-back, whilst maintaining a high level of athleticism that provides him with fantastic recovery pace. He also has a forceful defensive presence, having made 2.35 tackles and interceptions per 90 domestically this season. Additionally, his aggressiveness and determination – which can sometimes prove to be a hindrance but is more often beneficial – makes it clear to see Juventus have a skilled player on their books. Yet he still can’t command a regular starting spot in Turin.

So, why might he be out of favour under Andrea Pirlo?

New to the managerial world, Andrea Pirlo seems to still be experimenting with both his system and tactics. However, in recent times, a tactical blueprint seems to have become more established.

The former regista has begun to favour a 4-4-2 formation for his Juventus side, but this is almost misleading as an indication of how they play. Granted, in the defensive phase of play, players are instructed to regroup into this 4-4-2 structure however, in the transition, there is a notable systematic change.

In his side, Pirlo has tended to favour one more attack-minded full-back, complimented by a more defence-minded player on the opposing flank. Ahead of the defensive full-back, a naturally attacking winger will be utilised (Federico Chiesa for instance). Contrastingly, positioned ahead of the attack-minded full-back, will be either a natural central-midfielder (a Weston McKennie or Aaron Ramsey) or a dynamic but combative presence (Dejan Kulusevski).

On paper, this can appear strange. Positioning is key though, with Juventus’ players not instructed to be regimented in their 4-4-2 shape. Instead, the wide-midfielder is instructed to invert to a more central position (where they are more comfortable anyway) allowing the attacking full-back to bomb on, further up the pitch, to try and contribute in an attacking sense.

For instance, in the example below, Juan Cuadrado (the attacking full-back in this situation) has moved out of the defensive line to take a position higher up the pitch. Consequently, this has triggered Dejan Kulusevski (the wide midfielder on this flank) to come inside.

Whilst capable at deputising as a traditional full-back, Demiral’s skill set clearly does not make him an ideal candidate to fill in as the advancing player. Instead, the positions available to him are more likely the three that make up the defensive line in possession – either of the two centre-back slots or as the defensive full-back. It is unfortunately not quite as simple as this either though.

Although Demiral showcased himself as an exceptional prospect during his time at Sassuolo, Juventus also currently harbour one of the very few young centre-backs that have perhaps an even higher ceiling than his – Matthijs de Ligt.

De Ligt was at the fulcrum of a very exciting Ajax team, that managed to defy all expectations and reach the semi-final of the Champions League in 2019. The Dutchman also boasts a similar skillset to that of Demiral and, seemingly having returned to full fitness and performing at a high level, it seems near impossible that Demiral would replace the former ‘Golden Boy’ in the side.

Alternatively, Demiral could move into the defensive full-back role, however, here too lies some issues.

Juan Cuadrado has been by far the favoured attacking full-back so far this season for Pirlo, having the 5th highest minutes for Juventus in Serie A this season, despite missing a few games due to suspension and testing positive for COVID-19.

This is a big issue for Demiral, as he is naturally a right-footed player and therefore spends the majority of his time on the right-hand side of the pitch. There is a chance that he could be moved to the left-sided position, but with the strong competition of Danilo and Alex Sandro, it seems unlikely that this could happen. Even when Pirlo has deployed a defensive right-back (usually in Cuadrado’s absence) Danilo has seemed to be favoured here also. Besides, in these few instances where he would obtain game time, it still wouldn’t provide him with the necessary minutes.

Bonucci has had a far from perfect season at the heart of The Old Lady’s defence, coming under considerable criticism and scrutiny considering his age, and that he is blocking the development of players such as Demiral. So, why has Pirlo been so persistent in his use of Bonucci?

Consulting the still used previously, it can be seen that Bonucci takes a slightly deeper role than the other two in the defensive line. This affords him more time on the ball and allows him to pick out passing options across the pitch. This is an invaluable asset for Juventus to have, allowing them to bypass certain blocks enforced by the opposing team and speed up the transitional phase. So, would this be a role Demiral could fill?

Over the years there has been a notable improvement in Demiral’s passing. This season, he has 0.44 more long passes per 90 than in his campaign at Sassuolo, whilst also improving on his completion rate by 21.2%. Furthermore, his completion rate this season (84.6%) is actually higher than that of Leonardo Bonucci (76.8%).

There are multiple caveats to this though, with the Italian attempting 9.35 more long passes per 90 than Demiral – frequency of passes being something he must improve to be successful in this role. Additionally, 5.21% of Bonucci’s passes are entering the final third of the pitch compared to Demiral’s 2.38%, signifying that Bonucci is perhaps attempting more challenging passes, which would explain why his completion rate is lower.

Ultimately, there is only so far you can go in coaching passing like this into a player – a lot of it is instinctual. Demiral is clearly accomplished in this area, but can we really expect him to compete with a player such as Bonucci in this respect? Besides, stylistically Demiral is much closer to the function of De Ligt in the team (using his athleticism and defensive qualities, as well as passing) instead of a Bonucci (who is more static, and more focused on distribution).

This leaves Demiral in somewhat of a conundrum, probably mulling over The Clash’s famous lyrics “should I stay or should I go?”.

Only Pirlo knows whether he sees the Turkish international as a future regular starter at Juventus, although with the current tactical set-up, the answer doesn’t seem an obvious one. Therefore, this is something for Demiral and his agent (Cenk Melih Yazıcı) to discuss with those at the club.

One thing is for certain though. Many clubs would be desperate to have a player with the quality of Demiral’s on their books and it would be inauspicious of him to remain in Turin when he is receiving little game time. Whether a move away would be temporary or permanent is a different question, but it could very well be beneficial to go and get some game time elsewhere.