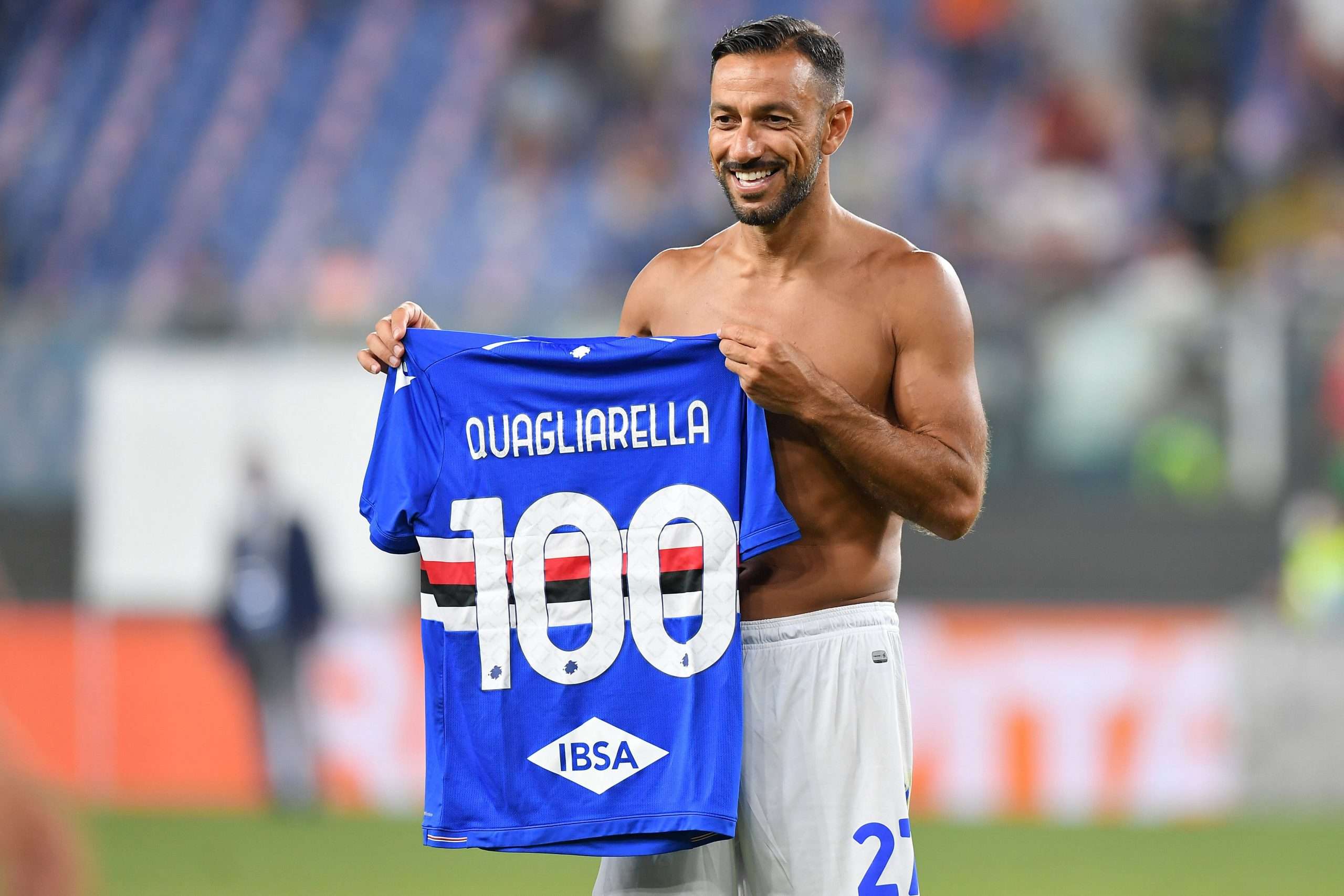 With Roberto D’Aversa now back in Serie A with Sampdoria, Michael Jones takes a look at how the Blucerchiati could cope with the loss of Claudio Ranieri.

Without pulling up any trees, Sampdoria finished a respectable ninth under the stewardship of veteran coach Claudio Ranieri last season.

After beginning the season with a couple of losses, i Blucerchiati had an amazing October beating Lazio 3-0 and Atalanta 3-1. The momentum would not continue for as long as it did with the Tinkerman’s legendary Foxes, their bubble was burst by a disappointing end to 2020, winning just two more games.

It was not until 2021 when marquee loan signings Antonio Candreva and Keita Baldé could finally link up that results started to pick up. In fact, they did so with an immediate effect, both-scoring in their first win of the calendar year – haunting their old side and eventual Scudetto winners Inter Milan.

Spearheaded by the evergreen Fabio Quagliarella’s 13 league goals, Sampdoria under Ranieri offered a great blend of youth and experience. The Scandinavian starlets Mikkel Damsgaard and Morten Thorsby flourished and have enhanced their reputations significantly, both heavily linked with moves away.

For the rest of 2021 they picked up points mainly against teams below them in the table. Despite their top-half finish they will hope to fare better in the Coppa Italia, a fourth round exit to city rivals Genoa must not be repeated.

Before the last game of the season against Parma, news emerged that Ranieri would bow out at the Stade Luigi Ferraris after almost two years in charge. His Sampdoria side provided a fitting tribute to the boss – winning 3-0.

After taking this team from the bottom of the Serie A to just a couple of places off Europe, the foundations have been firmly laid for Claudio’s successor..

Damsgaard exit key to Samp incomings
With a new manager at the helm in ex-Parma boss Roberto D’Aversa, Sampdoria go into this season as a relatively unknown entity.

What we do know is that it has been a difficult transfer window for the club who have had to pledge most of their funds into tying down loan stars. Both Antonio Candreva and Ernesto Torregrossa have arrived on permanent deals from Inter Milan and Brescia respectively.

The pitfall of these permanent deals is that Samp have not been able to acquire many fresh new faces, therefore D’Aversa will essentially be inheriting a weakened version of last season’s squad following the departures of Baldé and Gastón Ramírez.

Their ability to bring in new faces will likely depend on the future of Euro 2020 star Damsgaard. The attacking midfielder has gained numerous admirers following his stellar displays for Denmark over the summer. Massimo Ferrero has stated that the 21-year-old is available for transfer and is simply awaiting a call from Italian rivals Roma if they want him.

On the field, D’Aversa will seek to apply moderate improvements to a team currently better out of possession than with it. Last season La Samp were in the bottom three for number of passes completed and averaged approximately 45 percent possession each game.

On the flipside, they were in the top three for pressures, blocks and tackles won.

Recruitment will be key to this if Damsgaard leaves. If Damsgaard stays, they will hope to be a greater danger from set pieces. Last season they only had 11 shots from set-pieces, fans will be hoping for a repeat of the Dane’s free kick prowess demonstrated against England in July’s semi-final.

Sampdoria will want to remain in the top-half. The last thing they will want is to be flirting with relegation and undo all the good work put in by Ranieri.

D’Aversa’s second spell at Parma was tumultuous but there were many mitigating factors – such as handling a completely overhauled squad in the middle of a season and the loss of Dejan Kulusevski.

He has arrived into a much-more settled changing room and at a minimum Sampdoria will be expected to compete to be the best of the rest outside of the top seven.

That being said they face a very difficult start to the season; by matchday six they will have played four out of last season’s top five. If they emerge from these games with 10 points and new-recruits then expectations could skyrocket.

Quagliarella to carry the mantle once again?

As always, Fabio Quagliarella’s goals will be key to his side’s success. His 13 league goals last season was the fifth consecutive campaign he had reached double figures, although at 38 he cannot carry on forever.

Sampdoria’s biggest achievement in the window could be to keep Morten Thorsby. The Norwegian international completed the most pressures and won the most aerial duels in Serie A during 2020/21.

If D’Aversa can compliment Thorsby’s tenacity with a progressive passer of the ball, Sampdoria will be a tough game for anyone. Until now, they have yet to add new faces to their squad thus will most likely be around the mid-table mark. However, with D’Aversa at the helm you can expect the unexpected from Sampdoria this season.

(All stats via FBRef)